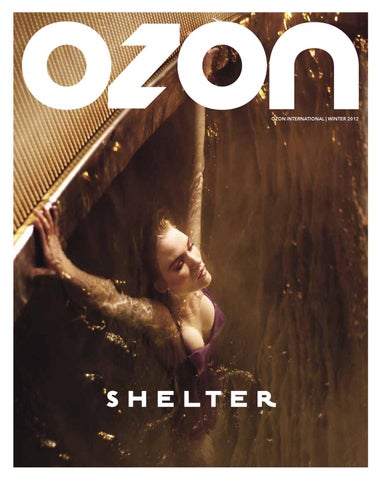 When Vasso met Costas met Loukas, the story about the first no-budget airline began. Operating “design flights”, papairlines use travel as a metaphor to draw connections between aesthetics and usability, process and result, stereotype and evolution, behaviour and emotion. Their fleet is made of paper. And paper planes have something extremely familiar about them. How many did you make when you were a kid? They’re innocent. They’re naughty. They fly. They crash. They don’t break. You write a message on them. Then you point and send. Most likely, someone will pick them up and make them fly again. This is how they operate. OZON asked them for a tour to the safe land of storytelling. Text Papairlines Collage Demi Papaioannou papairlines.org

A Story. Typically described as an account of imaginary or real people and events. A mysterious place where unearthly creatures and talking animals meet everyday people. A place where magic is mundane and the fantastic becomes realistic and reasoned. These are only some of the ordinary and extraordinary ingredients of a story and whether innocent or deceitful, infantile or cruel, it remains open to interpretation. Building upon desires, dreams and fears stories exist not only to communicate certain truths but also to make complex issues understandable and relevant, mixing a very rational structure of a beginning, a middle and an end, with an often irrational sequence of events. A charismatic storyteller borrows the power of a story to connect people and help them further comprehend the world around them. Who’s the Big Bad Wolf? A series of metaphors and hidden messages often set the context for the specific “moral boundaries and social expectations” and are suggestive of the ways of being at the time. Concealed within the core of a story, they are used as paradigms, means of propaganda or even didactic parables. Emotionally, narration helps the storyteller disassociate himself from the action, leaving room for the “bigger picture” to effortlessly unravel. The narrator is free to decide his level of involvement and connection to the story told, simply by choosing to tell his story in first, second or third person. In the later type, the narrator is supposedly the observer and not the protagonist, often providing cover for more intimate expression. Storytelling provides a comfort zone for those tending to the narrative and safely lands them into the context of the unknown and undreamt of, making a fictional scenario feel familiar and reassuring. Similarly, shelter is the material establishment for bodies to be kept safe, secure and take cover from the elements, rendering it rudimentary to human survival. In this respect, shelter becomes the safe haven where one can concentrate his thoughts, contemplate and plan future ventures materialising his aspirations. The piece of mind that gives space for the development of community and the sense of belonging where blossoming emotions find a nurturing environment to grow. Common fears are overcome collaboratively and dreams come true. ✖

Anders Petersen is one of the most important European photographers or, to put it simply, he "is just the curious type". I met him on a hot October afternoon in a beautiful neoclassical building right under the Acropolis, a background that almost made us forget the city's current dire state. It was the 150th day of the summer, as we joked about the prolonged high temperatures, while the tourists were going up and the down the Holy Rock of Acropolis in their jokeys and sunglasses. He answered to all my questions and then I had some more. We talked about people, all kinds of them but mostly about those who stick together. Petersen's protagonists were all there; fighting spirits present and ready to mingle in the streets of Athens. Interview Danai Dragonea anderspetersen.se

This season’s Athens Photo Festival presented City Diary a series of photos showing Anders Petersen’s ongoing photographic engagement with life in the shadows. The exhibition was supported by the Swedish Institute at Athens. ✖

What motivates you when you take a picture? I am the curious type. I’m looking for the reason why. Photography is not much about answers; it is more about questions. And, for me, the questions are about the primitive. It is all very simple really; if you are hungry, you eat; if you are angry, you fight; if you are horny, you make love. What I really admire is the fighting spirit; I can find it everywhere; Fighting against misery, against not having money, against society. And what I love is when people keep fighting back, have courage and know no limits. I see this surviving spirit everywhere I shoot. Your photographs have a strong personal, autobiographical note. Are you as much exposed behind the camera as the people you photograph? I want to be as vulnerable as the people, who are in front of the camera. I wish to be on the same level. You have to be innocent when you are approaching people, and try not to manipulate them, not to have a hidden agenda. You have to be just what you are, and to find that balance. That is a challenge for someone like me, and for every photographer who is interested in people: finding a balance between innocence and picturing this innocence. How do you maintain your innocence as you grow up? By pushing yourself into situations you are not supposed to be in, without necessarily being a photographer. You know, photography is not really about photography itself. It’s more about yourself and your emotions; it’s about your attitude and your experiences; your way of approaching things, your madness, your longings, your thoughts and your secrets. How do you avoid being judgmental? It’s simple; I put my mind aside when I shoot; I try to use my intuition, my heart, my stomach. Photography always comes second; meeting people and getting to know them is the most important. Do you find yourself becoming more absolute regarding your perceptions? I don’t know if this is a good thing, but, probably, yes. I am getting absolute in what I want and what I don’t want; in what I am looking for; in the questions I am looking for; in the kind of people I am looking for. How do you deal with spontaneity, when something you haven’t planned, shows up in the frame? I love it! I like being surprised, but not when being the one in control and I love it, when something I didn’t expect or want happens. It makes me feel alive. Are you searching for something in particular? While I was photographing in a prison, I met one of the most famous criminals-his name was Jaki. I tried to approach him and it was almost impossible, at first, but then I somehow managed to get permission. I visited his cell measuring 7m2, and asked him why he was so famous, why he was the way he was, and why there were all these stories about his life. He said “I am just sharpening my pyramid.” When I asked him what he meant he continued: “At the bottom of the pyramid, there is your family and your friends, the good food you enjoy, the alcohol, the drugs, the safety; and this is a trap. You cannot do anything with this safety, you need to break away from it, and remember what your vision is. You have to break away from the safety and you have to be horrible enough to break away from your beloved ones also, if you wish to do something very difficult. When you are reaching the top of the pyramid, you are so feverish and so horrible; and if you feel that way, then it’s time to go; then you are dangerous enough.” he said. This is what photographers and writers do, but they have their own way to describe it. They are lonely, absolutely lonely when they are writing, when they are composing, when they are dancing. You have to be alone. And then, when you are getting there, you are scared and strong enough. That is how you can create a masterpiece. You have to work on something over and over again, in order to get a result that you believe in. I like it when someone says that I’m horrible enough; it does not mean that you are horrible to people, but you have to be horrible enough to yourself. Don’t look for safety; don’t look for the extra glass of wine. Just go.

In a ground floor shop in West Kreuzberg that resembles more of an art nouveau gothic salon rather than a tattoo place, Canadian expat Sarah B Bolen has brought something fresh and unexpected into Berlin’s tattoo scene. A true artist with many references and a wide canvass of work, she’s come to Berlin to breathe new life to a male dominating and usually obscene world. And she is starting with her unconventional studio as for her it is important to have her clients in an inspiring environment when she is ‘implementing pain on them’ for hours. Interview Andreas Dimopoulos Photography Marios Kalamaris

You knew from a young age you were going to become a tattoo artist. What role did your upbringing in Vancouver, and specifically the music you were into, play in such a conscious decision? Well, to start with, my father was an artist. He made beautiful still life oil paintings and some pretty interesting conceptual pieces too! Music started so early on for me. It was darker, punk, metal, new wave, opera, obscure, psychedelic, whatever! I love it all. Music sparked creativity in me. It allowed my imagination to never fall aside. It still triggers concepts, ideas, moods, art, and situations for me. Drawing and listening to music are hand in hand, I can't do one without the other. Also, everytime I would see musicians that had tattoos (as a young person) I thought it was the coolest thing ever! When and why did you decide to move here? How is the Berlin tattoo scene different to the rest of the world? Two and a half years ago. I wanted to be closer to where my family came from, explore and travel and needed a huge change. I have no fear of drastic changes, so I should do things like move across the world! Berlin tattoo scene is very different than anywhere else. It's still seems young, but there's a lot of creativity, in general, in Berlin, so it's incredibly easy to be inspired and have the ability to create. What was the greatest challenge a female tattoo artist had to face in the past and how have things changed now? I started tattooing in the very late '90s. There simply were not a lot of lady tattooers where I was living. There was also not a lot of internet and world accessibility as there is now. It's a dude's world. Still is, just not so severe. Now everything is so easy thanks to the internet!  What are your artistic influences? My artistic influences are so varied it's difficult to nail down. Trees inspire me as much as Mucha or Uncle Allan.  How is the Native American environment you grew up in referenced in your art? I'm of German origin and was fortunate enough to grow up within a Native community in Canada. Native art is a spiritual process for me. Like music, it engages my creativity and imagination to which I create. What attracts you to religious, and particularly Christian, iconography? I enjoy so much art, all of its varieties including religious art, but I am not strictly fascinated with it. I find it to be quiet contradicting in fact. I enjoy the skill of the artist and the symbolism. I have no personal ties to religion. 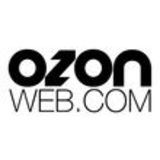