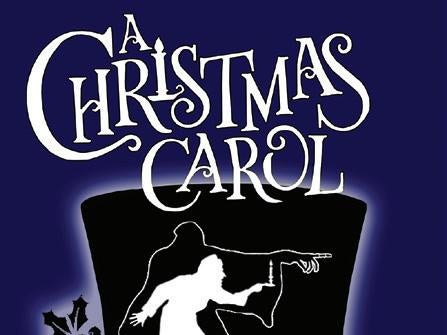 There’s an economic anomaly occurring up at Hard Truth Hills that should make everyone in a tourist town sit up and take notice.

The distillery/brewery/restaurant, a wooded retreat into the world of Indiana-made craft beer and spirits, has been regularly packing their huge dining room with droves of visitors from afar.

The Sampler is intrigued. What sort of magic are they working up there on what used to be known around these parts as “Firecracker Hill”?

Accordingly, I gathered up my beautiful and talented wife, along with another couple who are old friends, for a mid-week foray up to learn the “Hard Truth” about this restaurant.

The beautiful 325-acre campus is rustic yet modern. The huge dining room is flanked by a wall of glass on one side offering gorgeous views of the surrounding trees and a long industrialstrength bar along the opposite side.

Although we came to sample the menu, it seemed wrong to pass on the primary institutional offerings of locally brewed beer and hard spirits.

Mrs. Sampler ordered her usual gin martini on the rocks (two olives) and my old high school friend had his usual, vodka and cranberry juice. His wife wanted a “lemontini” with Limoncello which involved some negotiation between her, the waitress, and the barkeep, as they typically concoct all cocktails from their own booze. However, the bartender relented and produced what she called, “The best lemontini I’ve ever had, and I’ve had them all over the country.”

Both the gin and the vodka were said to be “smooth”.

For my part, I stuck with two trusted favorites: a glass of “Busted Knuckle” porter with a shot of Henry Sipes’ Straight Bourbon Whiskey to the side.

I went up to Hard Truth Restaurant expecting your basic pub grub—what one reviewer described as an American gastropub menu—but we discovered plenty of tasty and satisfying items on offer, enough that it will require several more visits to fully explore.

We started with a simple order of onion rings, which everyone enjoyed immensely. I love fried appetizers, and we devoured them greedily as we sipped our cocktails and visited. And there was a “September special” of crab cakes, which were delicious with a little side splash of hot sauce.

I had in mind ordering the fish and chips, but when my friend chose them, I felt I should go for something else. One of my Sampler rules on these little outings is that everyone should order something different, so we get a variety of tastes. My friend’s wife ordered the candied bacon whiskey burger, with candied bacon, white cheddar cheese, caramelized onion, whiskey glaze, garlic aioli, and lettuce on a brioche bun. She judged it “delicious.”

I considered a portobello melt sandwich and a black bean cassoulet.

But, in the end, I ordered the Hard Truth meatloaf served with smashed red potatoes, green beans, and a brown gravy which purports to include bourbon.

The meatloaf was dense and satisfying. The sides were good, and it seemed somehow more like a real meal than the fried fare I typically enjoy so much.

Still, glancing across the table between brilliant bon mots and clever repartee, I couldn’t help notice that the fish and chips looked darned good—which my old friend confirmed. I always want what the other guy ordered. It is one of my character flaws.

There were desserts of course, including a very tempting raspberry white chocolate cheesecake and a chocolate chip “skillet cookie” served with vanilla ice cream. They also offer, for tradition’s sake, a “Nashville fried biscuit” with apple butter.

But I was beyond it. Once again, my lust for appetizers had overpowered my ability to save some room for the dessert course.

Still, we had such an enjoyable evening out and were so stuffed with all kinds of tasty treats that I found myself profoundly satisfied.