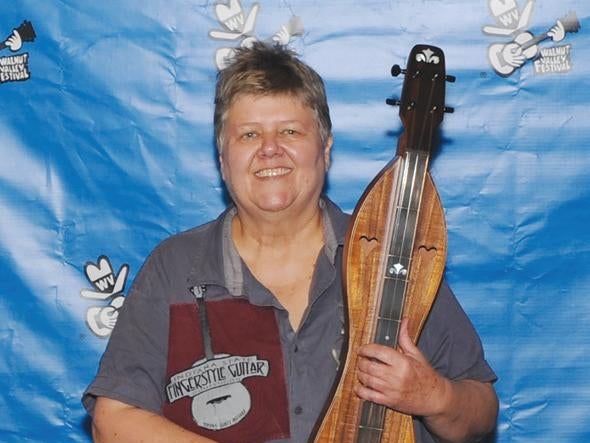 Like many of us, Brown County’s got one foot in the present day and the other planted firmly in a bygone era. Which makes Brown County Music Center the ideal spot for Big Bad Voodoo Daddy to bring their “Wild & Swingin’ Holiday Party” on December 7. Drawing upon the sounds of the big bands and jump blues acts of the 1930s, 40s, and 50s, the California outfit would have been just as at home at a Nashville watering hole back in the day as they have been recording for Disney productions and performing at the Super Bowl.

One of the two original Daddies, drummer Kurt Sodergren, inherited his connection to music made before his time. His grandfather was a saxophonist in a touring swing band, he explains, and his dad had an arsenal of the greats on vinyl for Kurt to discover as a kid. “I think it was Benny Goodman live at Carnegie Hall,” he recalls, “and I heard [legendary drummer] Gene Krupa and I was like ‘Whoa, what is this?’” But like most music fans of his generation, Kurt gravitated mostly to rock, and didn’t revisit swing and jump blues until his friend Scotty Morris told him in the late eighties that he was heading in that direction. “I was actually kind of surprised that he wanted to [play swing], but it was a really good idea,” he says.

For two guys who had cut their musical teeth on the sounds of classic California punk rock, the transition to swing was eye-opening. “It’s a pretty demanding musical style, so I started taking lessons right away,” says Kurt. And though the earliest incarnation of Big Bad Voodoo Daddy was less polished—Scotty sported a Fender Stratocaster he liked to crank up onstage—their new project was booking more lucrative gigs than their old ones. Soon their sound evolved into what it is today: a polished, knockout blend of originals and old favorites that gets the blood pumping and the feet moving.

Around the holidays one year, the band threw a couple of Christmas songs into their live set just for fun. The response from the audience was enthusiastically positive, so in 2004 BBVD decided to record an album of original and traditional Christmas songs—and the holiday tours were born. The result: a night of Christmas music, along with other songs from the Daddies’ catalog, for the whole family to enjoy.

This year’s show will be no different, and the energy level will be high. That’s partly because of the music itself. According to Kurt, when you give swing the respect it deserves, “Even if people have never heard it before, when they see the horns, the piano, the stand-up bass, they feel the power. It’s undeniable, and it just feels good. It transcends so many of the musical boundaries we put up.”

For the band’s part, he goes on, they’re doing what they love, which comes through in their stage presence.

“We can’t phone it in. We always put on the same show, no matter how many people we’re playing for.” The bond between the musicians on the tour is another key to the band’s longevity. In Kurt’s mind, “It’s hard to travel and be away from home. The only way I could survive is if these guys are like my brothers, and awesome human beings.”

That dedication and sincerity has earned BBVD generations of fans. Kurt mentions a woman, a fan from way back, who became a mother and now brings her 17-year-old daughter to the shows. Even Mitch Cooper, the band’s newest trumpeter, was a fan as a child. When he got old enough to try out for the Daddies, “He knocked our socks off. He’s just a monster.”

Kurt says he’s excited for the show at BCMC. “I love playing the small towns. I guarantee we’re gonna have a blast,” he promises. With money being tight for so many these days, he adds, he appreciates that fans are choosing to spend it to go see Big Bad Voodoo Daddy—and the band intends to make the show worth every penny.