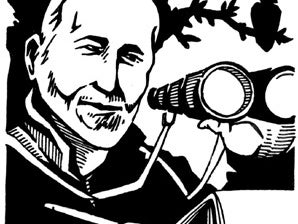 It’s about a decade past the peak of her vocal and instrumental career— recording albums, backing other recording artists, and touring. To celebrate turning 60 this year, Barnard decided it was time to recommit herself to the music, harmonizing, and timing that makes her feel connected to the world.

Having competed with various instruments at the championship festival throughout her life, Barnard knew exactly what it would take to win. For months, she spent four hours every weekday and six hours per day on the weekends dissecting songs and practicing a mere three or four lines at a time, to the pace of her metronome, until they were perfect.

That level of focused dedication, Barnard said, is meditative and comforting.

“I believe we all can do what we really want to do once we get rid of all the blocks we’ve put in place,” she said. “It’s all about letting go of the walls we’ve created that stand in our way.”

Barnard tore down wall after wall in arranging her four competition songs to suit a dulcimer, whose four strings limit the number of notes that can be played. She won the contest with original interpretations of “The Arkansas Traveler,” “Return to Pooh Corner,” “And So It Goes,” and “Jerusalem Ridge.”

On one of her many YouTube instructional videos, Barnard laughed that her dulcimer rode all the way to Kansas in her vehicle’s passenger seat. “Whenever I’d get nervous, I’d hold onto the head stock and just repeat, ‘We can do it, we can do it!’”

This win felt nothing like it would’ve decades ago, Barnard said.

“I think when I used to compete, I needed to be at the top. There was a lot of ego involved, and you lose focus of why you’re really doing it. It had become more about what kind of gigs I was getting, how many CDs were selling, and ultimately, I backed out of it all because that just wasn’t me anymore,” she said. “But at this point in my life, I really went out there just to do my very best. I wanted to win, but I wanted to win because I was playing from a place of love and respect.”

That mindset contributes to Barnard being a highly sought-after instructor. She teaches the dulcimer, guitar, mandolin, and banjo to about 50 students—beginners through recording artists— three days a week.

Barnard spends the rest of the week on her newest teaching passion, a dulcimer lesson program called Silver Strings that she designed for residents in assisted living facilities. Individuals can successfully play music through her adapted curriculum even if they have a wheelchair, sight or hearing loss, loss of mobility from a stroke, or other limitations. Barnard custom-designs dulcimers for the program that sit atop wheelchair arms and boast special strings and large numbers and dots along the fretboard to make it easy for participants to follow along.

“When residents first walk into the class, they look physically exhausted. They’re looking at the floor, there’s such little life in their eyes sometimes,” Barnard said. “When they strum that dulcimer the first time and see they can play music really well because of how the program is designed, their lights just turn on. They become children again.”

Silver Strings currently operates in 10 assisted living facilities in Indiana, Michigan, Ohio, and Kentucky. Barnard plans to expand it throughout the Midwest and eventually nationwide.

What she truly is hoping to pass on is a small piece of the joy that music has brought to her own life.

“When you reach a point in your life when you no longer feel like you have a connection or purpose, and then all-of-a-sudden strum an instrument, you once again have connection. It’s a really big deal,” she said. “People often come to me who think, ‘It would be nice to learn the guitar,’ but what they’re really going to learn is a connection inside and outside of themselves all at once.”

Barnard said winning the dulcimer competition has made her a happier and more fulfilled teacher, which in turn fuels her students’ work and joy.

To learn more about Barnard and her work, visit <www.karabarnard.com>.