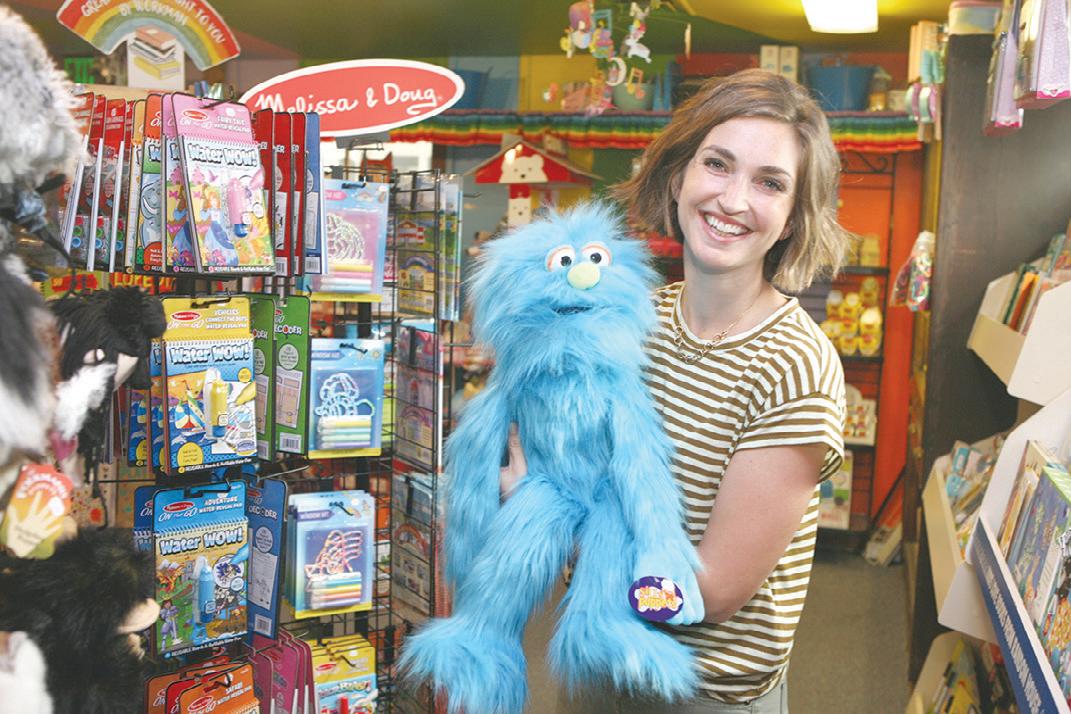 “Having never been to Nashville, Indiana before, I anticipate getting to see my music by the light of those sparks that fly when an artist meets an audience for the first time.”

Good news for the music world—Chris Thile doesn’t have COVID. At least he didn’t when we spoke in August: Thile was at a testing site when I called him, waiting for his results.

“It’s Thile,” I heard him tell the nurse who asked his name. “T-H-I-L-E.” Which apparently didn’t ring a bell, because nobody there replied with “Chris Thile, the multiple-Grammy-winning mandolin prodigy? Who released two albums before he finished high school? Who’s worked with Allison Krause, Bela Fleck, and Yo-Yo Ma? Who took over hosting duties on public radio’s hit show Prairie Home Companion? That Chris Thile?”

Yep, that would be Chris. And fortunately for all of us, he’ll be very recognized when he plays the first date of his new tour on October 3 at Brown County Music Center. Fans from all over the region are prepared to be captivated by Thile’s material from Laysongs, his latest album, which he created during the 2020 shutdown.

After his opportunities to perform live evaporated thanks to the pandemic, Thile and his family headed upstate from their home in Brooklyn to regroup. In the small town where they rented a house, there happened to be a recording studio inside an old church building, which he felt drawn to immediately. He jumped at the chance to stay productive, collaborating with his environment to bring a new batch of highly introspective songs into the world.

“This record felt like I sat down to conjure something, and in the act of conjuring, it sort of opened up a rich vein of channeling,” Thile recalls. “I wanted to make a record that considers the religious impulse, and walks all around that. It’s a record full of questions.” Fresh insight into himself and his music came with the new territory. “Being deprived of other voices to listen to helped me realize the extent to which I’d been taking [them] for granted,” he says.

The October show will be Thile’s first time playing here, and he’s excited—to experience the beauty and creativity Brown County is known for, and because the format will also be a first for him. On this tour, Chris will be presenting Laysongs the same way he recorded it: just him and his mandolin. The big difference being, of course, that instead of the vaulted ceilings and stained glass windows of the empty church, his audience will be hundreds of people, each with their own stories and expectations.

No problem at all, says Chris: the uncertainty of how his bare-bones performance will translate at a venue designed for grandness and spectacle is part of the tour’s appeal. “This record starts with the question ‘What shall we sing now, when we gather together?’” he explains. “I love the thought that we get to take a crack at answering that at each of these solo shows. I realized I need that collaboration [with the audience]. You’re going to see a very grateful and humbled mandolinist onstage.”

What you won’t see on this tour, however, is a typical mandolinist. Over a lifetime of dedication to his instrument, Chris has explored its possibilities from just about every angle. Born in southern California, Thile says he was just two years old when he first knew he wanted to play music. “It was at a pizza place in north San Diego county,” he tells me. “This guy named John Moore led a bluegrass band there. I remember loving the mandolin, but I’m pretty sure I loved it because he played it.” Chris had to wait until he was five to get a mandolin of his own, and as a steady stream of records and sold-out shows can attest, he hasn’t stopped playing it yet.

After releasing a few albums of traditional-sounding music as a kid, he broke big with Nickel Creek, a Grammy-winning progressive bluegrass trio he formed with two local friends. And as Thile’s songwriting talent and performance evolved and expanded, so did his circle of collaborators. He’s played Carnegie Hall with the Punch Brothers, another of his groups. His less regular fellow travelers have included Brad Mehldau on piano, Edgar Mayer on bass, and an impressive roster of others.

But make no mistake: despite performing alone on this tour, Chris Thile will be no less thrilling at Brown County Music Center than at any other point in his career. “I want expectations to be exceeded,” he says. “I’ll always be up there trying to surprise myself, exceeding my own expectations. Having never been to Nashville, Indiana before, I anticipate getting to see my music by the light of those sparks that fly when an artist meets an audience for the first time.”

You can get tickets and details for all Brown County Music Center shows at <BrownCountyMusicCenter.com> and <Ticketmaster.com>.