Music All Around Us 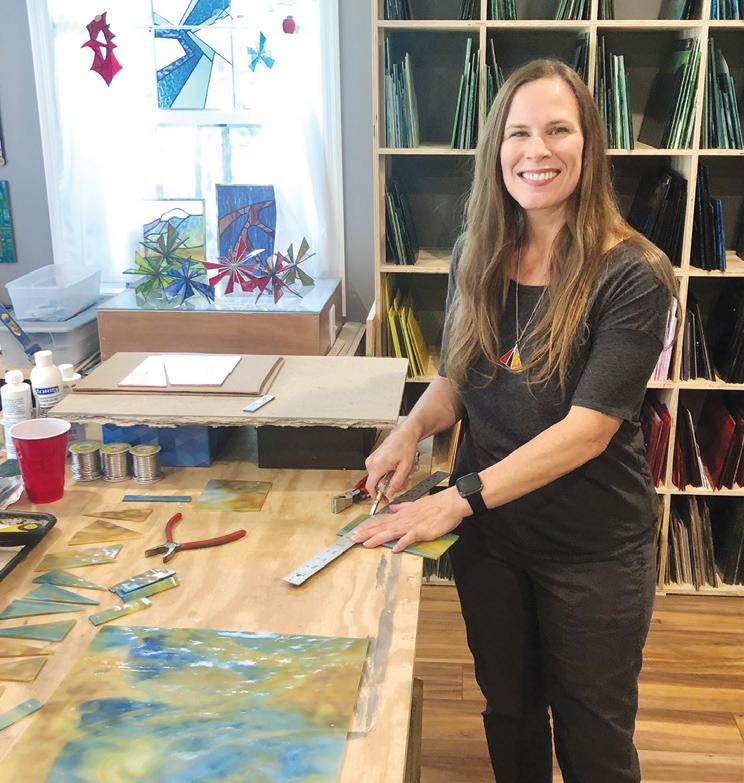 For a town it’s size, Nashville has an amazing variety and availability of good music.

But the local music scene isn’t always just laid out on a platter for you—sometimes you have to seek it out.

The Brown County Inn (BCI) is a good place to start. They have embraced live music, creating several regular opportunities like their Thursday night Hill Folk Music Series, the Saturday Acoustic Brunch, and an open mic night on Wednesdays.

Who will you see when you go out seeking live music in Nashville? It’s a good mix of old favorites and new talents, folks from around these parts, and musical wanderers who pass through every now and then on their latest orbit.

Gordon Bonham is one of Indiana’s premiere blues guitarists, singers, and songwriters and a longtime Brown County favorite.

Brown County born and raised singer-songwriter Kenan Rainwater plays in two bands you might encounter locally—The Indiana Boys and Spilt Rail. He is a driving force in the online presentation of local music and musicians.

The BCI’s Saturday Acoustic brunch features a rotating cast of musical treats like The Hammer and the Hatchet, Silver Sparrow, and Kade Puckett, among many others.

The Hammer and The Hatchet features John Bowyer and Jayme Hood, playing and writing country, Americana, bluegrass, and folk music together.

Silver Sparrow is a duo of locals Sam Herrin and Dave Sisson.

Kade Puckett is a guitarist and vocalist who holds the 2013 Indiana State Fingerstyle Contest title. His huge musical repertoire includes jazz, rock, country, blues, and funk. Oh, and he happens to be very funny.

The BCI’s Corn Crib Lounge has a long history of being a weekend rock and blues nightspot. It has also been home to a ukulele festival that draws players and enthusiasts from around the world.

Another great place to find live local music is the Country Heritage Winery at the southern end of Van Buren Street near the Visitors Center. The intimate spaces—inside or out on the porch—make for close-up personal connection with performers including homegrown locals like Robbie Bowden and Frank Jones.

We recently saw Bowden and old friends Carolyn Dutton and Stephanie Walker out on the patio at the winery. Dutton is a marvelous fiddle player and Bowden a reliable crowd-pleaser.

The following week, Frank Jones brought his amazing voice, guitar, and repertoire to the inside performance space at the winery, where he was joined on stage by Chuck Wills and Rick Clayton.

Big Woods Pizza up on North Van Buren Street offers live music on Tuesdays, and Hard Truth Hills usually has live music on the weekends, either indoors or out back at their sprawling campus out on Old State Road 46.

The still-new 2,000-seat Brown County Music Center brings in all kinds of touring national acts, and the Brown County Playhouse hosts a lot of live music.

The Playhouse regularly features musical reviews like “Summer of ’69” and “Respect” and tribute bands like “Margaritaville” and “Tribute to Elvis.”

Then there is the granddaddy of them all, the Bill Monroe Bluegrass Festival in Bean Blossom, which has added events like the John Hartford Memorial Festival, a Blues Fest, and the Hippy Hill Deadfest to their list of happenings.

On weekend afternoons, a trip down to the historic Story Inn will be rewarded with live music from the likes of Will Scott, Zion Crossroads, or Lou Stant.

The live music situation in Nashville and Brown County is somewhat fluid and changeable. Many places will feature occasional live music, including the Nashville House, The Farmhouse Cafe, and the 19 th Hole sports bar out at the Salt Creek Golf Retreat.

Sometimes, you just have to have your antenna up and be on the lookout for where live music is likely to be happening. It is everywhere. The whole place is crawling with musicians of every kind.

It is common to come upon buskers singing on a street corner in Nashville. Be an encourager and supporter of the arts. Toss a few bills into that old beat-up guitar case. Someday soon, you may see them up on stage, under the lights, adding joy and harmony to the general wonder of a visit to Brown County.