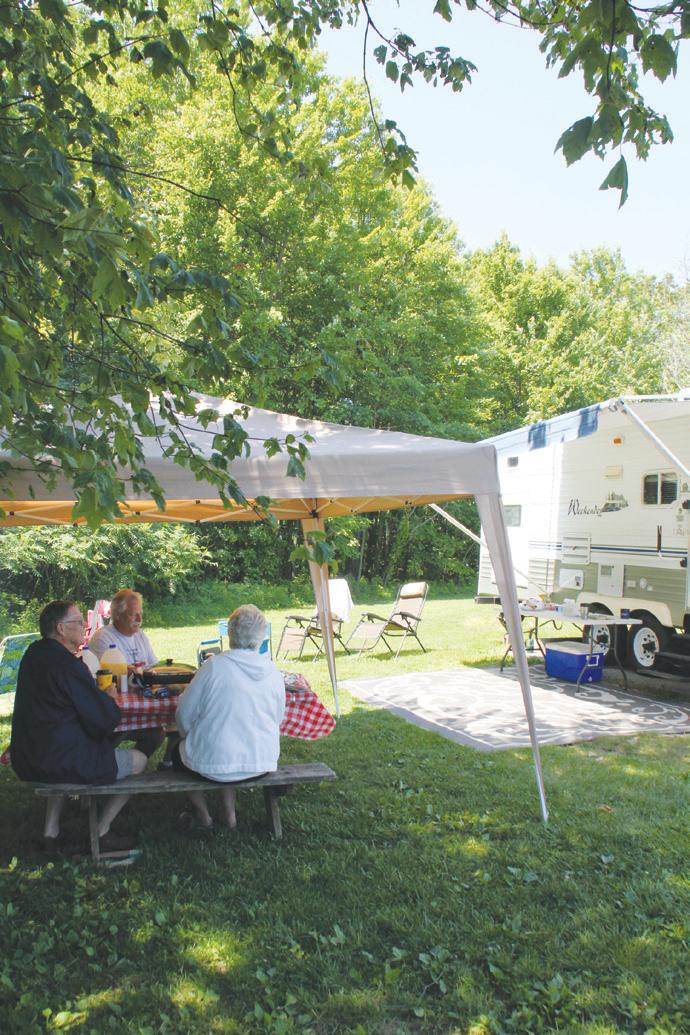 Here we are several months or so into a virus crisis. It’s not the first time, though. A little over a hundred years ago folks were dealing with the Spanish Flu. And when I was young, the country was in a panic over polio. This present situation makes me think back on my grandparents’ times. They were part of the generation born around the turn of the twentieth century.

Back then folks were optimistic. The dawning century would bring amazing things such as airplanes and the more mundane, but life transforming, indoor plumbing and farm tractors.

And then World War I happened.

The country mobilized to help our European allies. Brown County sent its share of troops off to be cut down for a cause that nobody could quite define. The war ended, and the soldiers returned, but in 1918 the flu began its deadly advance.

I couldn’t find any reference to the flu in the Brown County history books. It’s like that event has been purged from the historical record. The worldwide death toll was devastating, and maybe people just wanted to forget that it ever happened. Or, maybe, the Brown Countians had something going for them.

We know the flu is mainly spread by close person to person contact. That’s why we wear masks and stay away from crowds. During 1918 it wasn’t all that hard to stay away from crowds in Brown County. Since the better part of the population was living up in the hills on isolated farmsteads, being quarantined was already pretty much the norm. Travel from the outside world was limited. A sick person showing up from out of the county would be mighty rare. Isolation turned out to be a blessing.

Another blessing was a sort of “egg or chicken” situation. One characteristic of Brown Countians always has been their self-reliance. I have never figured out whether self-reliant people were drawn to the hills or whether the isolation forced them to be that way. Either way, being able to grow gardens, raise pigs and chickens, milk cows, build cabins from forest materials, and stitch up a wardrobe, kept folks from needing to go to town very often.

In Brown County contact with the outside world was limited when the flu was running rampant elsewhere.

A friend of mine, Dan Combs, shared some of his extensive research on the Spanish flu. In October of 1918 the Monroe County Board of Health issued lockdown orders stating that “All Public Gatherings are Forbidden.” They went on to specify that “schools, churches, theatres, lodges, and clubs must be closed until further orders are given.” Bloomington was strict in its approach to dealing with the pandemic. The State Board of Health issued “suggestions” for avoiding the flu. By October 11 of 1918 the Indianapolis Board of Health banned public gatherings of all descriptions to be enforced by the police

I find no mention of orders like that for Brown County. It appears that the local folks just went about their business of doing what needed to be done.

After a decade of jazz music and flappers, Brown County and the rest of the world was forced to deal with the Great Depression of the 1930s. Although, I have talked to some of the older folks who said the county was so poor they didn’t know there was a depression until they read about it in the newspapers.

People hardly had a chance to get past the 1930s before World War II broke out. After that it was Korea and then the war in Vietnam. By the late 1960s Brown County started being invaded by hippies (many are still here).

The moral of this (hi)story is that Brown County is still here.

It is that rare combination of place and the resilience of the people who inhabit it that makes Brown County a haven from much of the adversity of the outside world. We’re happy to share some of that special feeling.

We can’t stay indoors indefinitely and we don’t want to shut out our friends. We’re happy to see you, to have you hike the trails, fish the lakes, and visit the shops in Nashville; but in these confusing and difficult times please be respectful. Wear a mask in public and give folks lots of personal space.

The course of history is like a long winding Brown County road, you never know what you’ll find around the next curve or over the next hill. We’ve made it through a lot of adversity in our long history and we’ll make it through this.