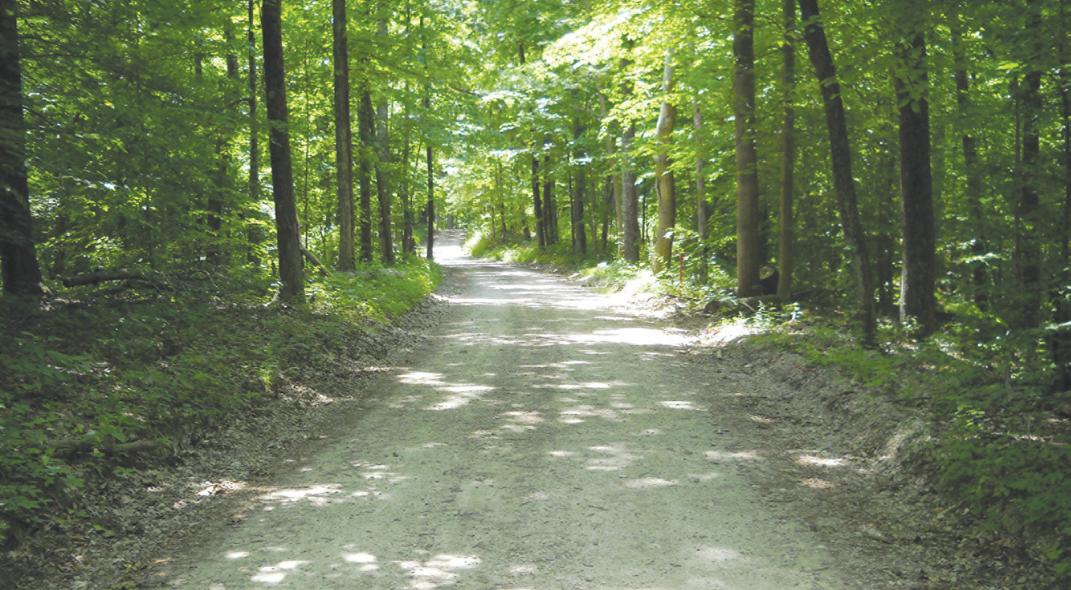 Isolation and Resilience
Illustration by Joe Lee.
~by Julia Pearson

On December 11, 1816, the state of Indiana became the nineteenth state admitted into the United States. Following the blueprint established by the Ordinance of 1787, it was the second state formed from the Northwest Territory. It was exactly a year after the Indiana Territorial Assembly was ready to pursue statehood, sending the Memorial for Statehood to Congress. Elected delegates met in convention, affirming the Enabling Act of Congress. A Constitution was written and adopted, and there was an election of a General Assembly, state officers, and representatives to Congress.

Indiana means “Land of Indians.” Among the tribes of Native Americans that lived in Indiana were the Delaware, Kickapoo, Miami, Chippewa, Potawatomi, Erie, Seneca, Wyandot, and Shawnee. The land that is now Brown County was acquired from tribes in 1809 in the Treaty of Fort Wayne, and in 1818, the Treaty of St. Mary’s. Settlers were not permitted into the area until 1820 when the U.S. government survey was completed.

The first trader to the area was German Johann Schoonover in 1820. Schooner Creek bears his name. William Elkins followed within the same year, putting down permanent roots and giving Elkinsville his family name.

Before a stream of settlers from Kentucky, Tennessee, Virginia, and the Carolinas seeped into the Brown County countryside, the archaeological record tells us that native peoples traveled through for summer camping and hunting grounds for countless years. Between Helmsburg and Trevlac by Bean Blossom Creek, there is a ridge that tribes called Echo Mountain. The area is now known as Trevlac Pine Bluffs and was purchased by Sycamore Land Trust. Part of the Yellowwood Trail crosses it.

Thanks to the Brown County Business and Professional Women’s Club, a legend from Echo Mountain is preserved in Tales and Trails of Brown County. The hill known as Pine Bluff is described “as if a giant knife had sliced half of it away and left a clay washed face fringed with pine trees.”

It’s said that many years before white settlers came, a man called Sun Ray made his home here because he could see in all directions and it would be difficult for enemies to scale the steep face of the hill. For security, he gathered huge rocks to hurl at unfriendly individuals that might approach from the creek below.

Sun Ray brought his beautiful young bride named Dove’s Bill to live with him on the bluff. She was frightened at first of the high hills and huge pines, but soon the earth’s beauty awakened with springtime and she felt the peace of her new home. Sun Ray was a superb marksman and provided plentiful game from the wilderness. They spent many contented hours sitting together while Dove’s Bill made maple sugar cakes and wove baskets from boughs. She made clothing from deer skins. The creek beds had fine clay for making cooking bowls. Roots and medicine herbs were abundant and easily gathered. A sweet girl child was born and named Star Glow.

Rumors of war near the Ohio River and along Indian Creek came to their ears, so Dove’s Bill and Sun Ray remained on the bluff instead of traveling farther south for the winter. Sun Ray joined the hunting party and brought home buffalo meat for the long cold season.

Soon spring rains came with loud thunders in the sky above, and the stream below was swollen with muddy swift waters. Little Star Glow was frightened by the loud sounds of the storms, but soon the sky cleared and the earth was smelling of green plants once more. Sun Ray and Dove’s Bill went to hunt food and replenish their wood supply. When Dove’s Bill returned to check on her sleeping child, the little one was gone! An anguished search around the winter camp and woods yielded no clues of the missing child. When tracks left by the toddling Star Glow were found, they led to the edge of the bluff with the running waters below. An old bending pine tree had stood where the little one’s trail ended. Dove’s Bill could see that the hard spring rains had loosened the roots of the old pine and that her child and the tree were both claimed by the running stream below.

Dove’s Bill was inconsolable. She wandered on the bluff, walking up and down with eyes searching for the little girl. There was no balm for her mother’s wound, a universal grief that attacked her during sleep and hurt both body and soul. Sun Ray’s words did not reach her pain. When the tribe left for their winter camping grounds, Dove’s Bill refused to go with them. When the tribe returned the following spring they found her at the top of the bluff, crying out in the winds. No one knew how to bring peace into her life. One day, the grief grew to unbearable depths and Dove’s Bill threw herself over the cliff to the creek below and “joined her beloved baby in the spirit world.” Long after that Echo Mountain was avoided at nightfall by tribes traveling through the area. It was known as a place where the veil separating life from spirit was thin and sights and sounds became the mournful mother Dove’s Bill looking for her baby in the Bean Blossom Creek.

Hikers on the Yellowwood Trail today pass the location of this tragic legend.