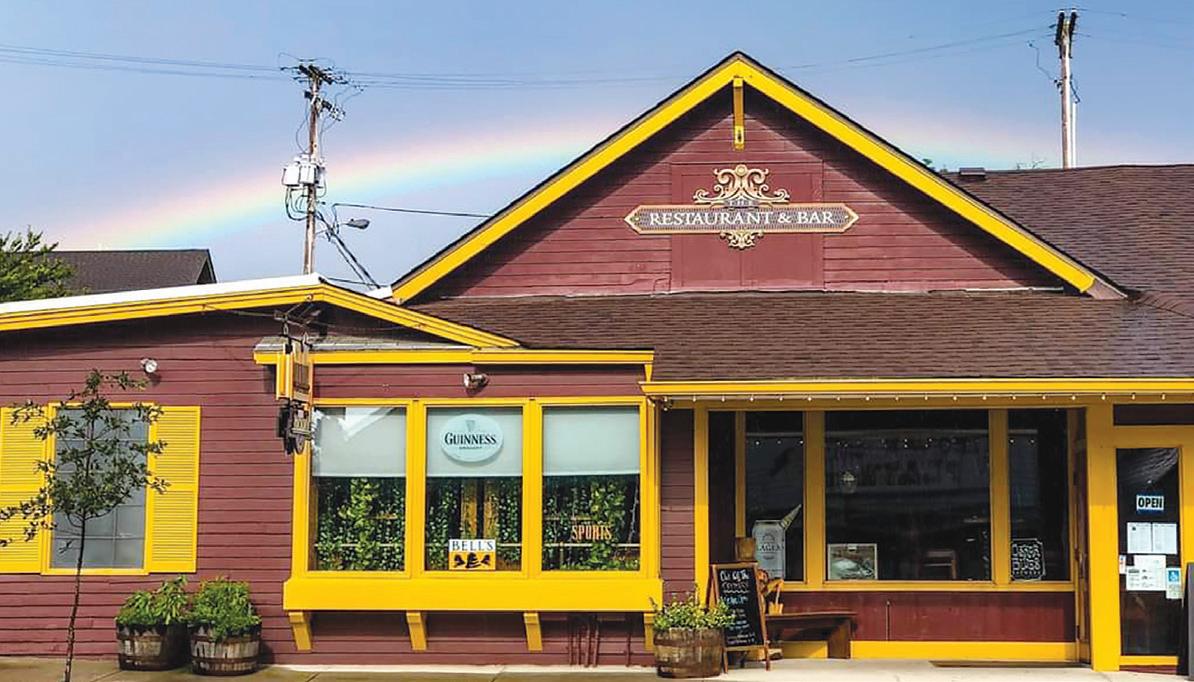 Out of the Ordinary Restaurant...
~story and photos by Bob Gustin

I’ve been a reader since I was five or six years old, and I’ve absolutely fallen in love with the idea of books. I feel like I’m surrounded by my friends.

Carey Spain is in it for the long run.

The owner of Fallen Leaf Books in Nashville has been in the book business since the late 1970s and isn’t about to give up now.

Spain, a Greenwood resident, kind of stumbled onto the Nashville store. He and his wife were visiting Nashville in 2014 when they walked past what was then The Book Loft and noticed the “bookstore for sale” sign in the window.

He had owned bookstores in Oklahoma and New Jersey before moving to Indiana for his wife’s job at Eli Lilly and Company in Indianapolis, and he had been selling inventory online since the move.

But the online world has complicated matters for sellers of books.

Instead, he focuses on local history and Indiana books, which he says he is always looking to buy, and has an inventory of about 7,000 books overall.

“It’s really a good mesh of new and used books, and a quaint, cozy atmosphere,” said Taylor Arnold, who has worked at the store for about five years. “It’s not like Barnes and Noble, where it’s overwhelming when you come in.”

People from around the world have visited the store, she said, and “readers are always friendly.”

Just across the street from the United Methodist Church, the store has a welcoming feel, with neatly alphabetized books of fiction along one wall, a children’s section at the back, and counters and cases where nonfiction works and other items are organized. Used, rare, and new books sometimes intermingle, adding to a sense of discovery.

Annika Evenson, a Brown County High School junior who has worked at the bookstore for about five months, said she enjoys her work at Fallen Leaf because it’s a “fun place.”

Fiction selections in December included authors from Chris Abani to Anne Zouroudi, and more than 30 Stephen King novels. If you are a rare book collector, there is even a 1692 copy titled Fables of Aesop and Other Eminent Mythologists with Morals and Reflections. You can find signed copies of books, first editions, pages from antique maps and vintage children’s books, locally made cards, old high school yearbooks, and a framed autographed photo of baseball legend Ted Williams.

The selection “brings in local customers to see things they haven’t seen before,” Spain said.

Customers may come in for a specific book, but while browsing, they find a book they didn’t know they needed, he said. Sales have increased over the past two years.

“We’re probably at a peak right now,” he said. “I’d like to say we will keep on growing, but I just don’t know.”

The store’s top seller is the guidebook Weird Indiana. The cover features a photo of the old Stone Head road marker in Brown County before it was vandalized a few years ago. One item not for sale is a big clock on the back wall, with numbers represented by books which have the numbers 1 through 12 in the title.

Tourists make up about 70 percent of Fallen Leaf’s sales, but in the six years Spain has owned the bookstore, he is pleased to see the local base of customers growing. He said he tries to cater to local customers who have specific needs, and is active in the community, supporting various local charities.

Supporting local merchants like Fallen Leaf is good for the community, Spain said, and puts money back in local pockets through tax payments and through wages to people who live here. The store has a staff of four people, and though it was closed in March and April due to the coronavirus pandemic, he kept one person employed during the shutdown, and has since built his staff again. Health constraints limit the time Spain can spend at the store.

He’s a book lover himself, and lists his favorite authors as Kurt Vonnegut Jr., Robert B. Parker, and Stephen King. His favorite book is Stranger in a Strange Land by Robert Heinlein.

“I’ve been a reader since I was five or six years old, and I’ve absolutely fallen in love with the idea of books.” And whether at his home library or in his bookstore, “I feel like I’m surrounded by my friends,” Spain said.