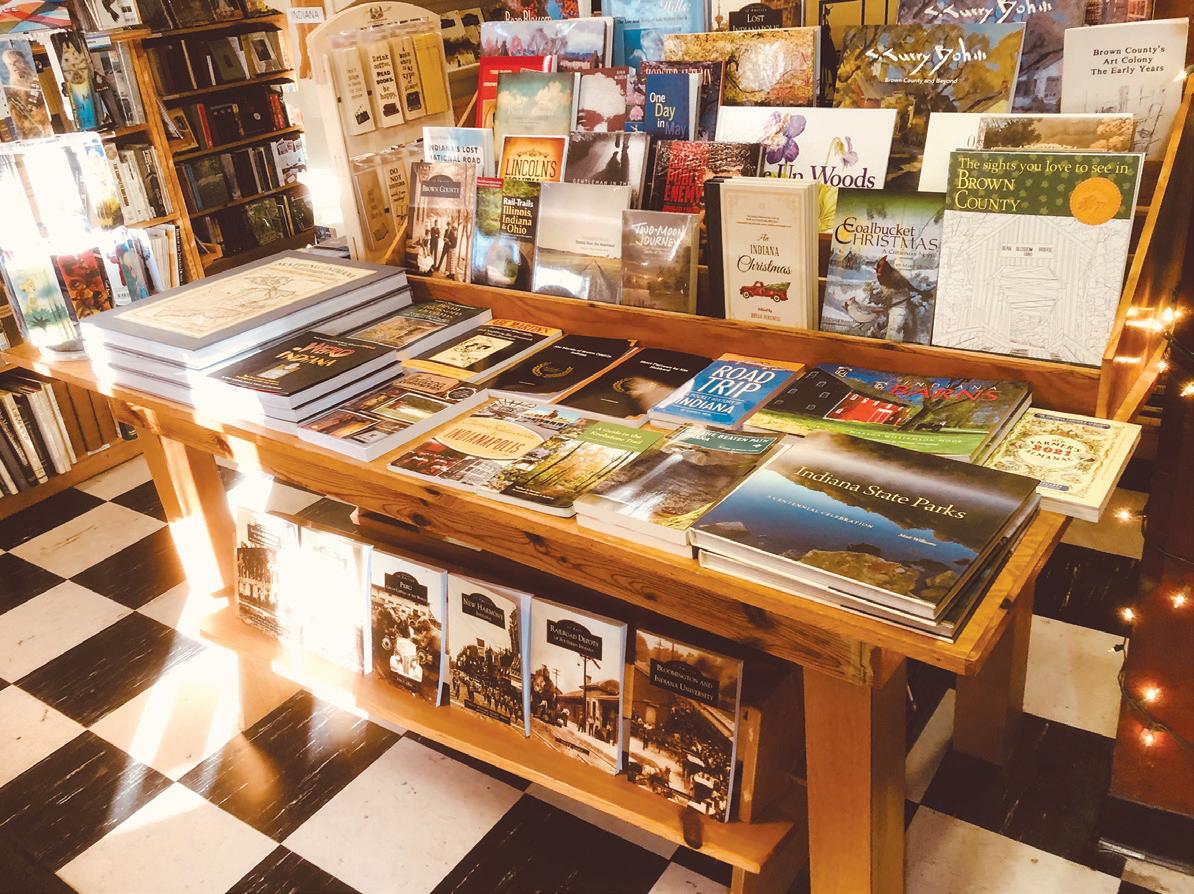 Right away I realized that I was better at this than any craft I had ever tried. I became consumed. I would stay up all night working on projects in the studio.

Dylan Quackenbush spent his childhood days messing in the creek behind his house in Brown County. Little did he know those experiences would lead to a career in ceramics.

“I was a pretty wild kid,” Dylan said. “I was always running around and playing in the creek.”

The best part of his day, he said, was digging up blue shale clay and shaping it into his creations.

“I would spend hours messing with clay. I always had a knack for working with it and shaping it into stuff,” Dylan said. “I didn’t think of it as making art, I just liked creating bowls and faces.”

When he was 12, Dylan got his first job working with clay. His grandmother, Karen Quackenbush, a first-grade teacher in Brown County, asked him to dig up 50 pounds of clay and bring it into her class.

“She is an avid painter and promoter of the arts,” Dylan said. “She tried to incorporate art into her class as often as she could.”

The class, and Dylan, created “pinch pots,” a simple form of hand-made pottery. Pinch pots are formed and shaped by pinching the clay with your thumb and forefinger.

“It was the first time I had ever put anything I had made in a kiln,” Dylan said. “I loved it.”

The clay class wasn’t the first time his grandma had encouraged Dylan artistically. When Dylan was ten she took him to his first T.C. Steele Great Outdoor Art Contest.

“Just being around that many incredibly talented artists at one time and watching them work was really inspiring to me,” Dylan said. “My grandma was probably my biggest advocate. She really encouraged me to become an artist.”

After high school, Dylan enrolled in the Herron School of Art at IUPUI to study illustration and anatomical drawings.

“The program didn’t fit [me], so I ended up transferring to IU to get a degree in elementary education to follow in my grandma’s footsteps,” Dylan said.

The road to his career in ceramics began while registering for an elective art class.

“I couldn’t get into the painting or drawing classes that I wanted because they were all full,” he said. “The only opening was in a general ceramics class.”

Dylan said the first time he sat down at the ceramics wheel he knew life was about to change.

“Right away I realized that I was better at this than any craft I had ever tried,” he said. “I became consumed. I would stay up all night working on projects in the studio.”

Besides enjoying the process, Dylan also liked that the finished project was functional.

“I liked how you could see results after just a few minutes on the wheel,” he said. “And it was cool knowing that I was making something that I could use later.”

In just his second semester of ceramics, the studio coordinator of The Grunwald Gallery of Art at IU encouraged Dylan to make a career change.

“He said I was really good and that I needed to change my major and focus on ceramics,” Dylan said. “It felt really good to hear a compliment from someone who really knew art.”

Soon after, Dylan changed his major to fine arts with a focus on ceramics.

“There was a lot of studio time, but there were also a lot of science classes, which surprised me,” Dylan said. “We had to learn how glazes work and how to make them do the things you want them to do.”

While all of his professors were well known ceramists, Malcolm Mobutu Smith influenced Dylan the most. Smith is an associate professor of ceramic art at IU and his works are represented in numerous private and public collections across the country and around the world.

Dylan graduated from IU in 2017 and took a short-term ceramics residency in Bonaparte, Iowa, with artist Lee Burningham.

“While I was there, I threw pots right next to the Des Moines River,” Dylan said.

The following year, he accepted a residency in Cedar Rapids, Iowa. He earned studio time by working in the gallery and teaching classes.

“The experience gave me a better sense of how to live as an artist,” Dylan said. “And it gave me time to make functional work. It was more about developing my skills”

While in Iowa, Dylan met and learned from numerous fellow artists. Clary Illian, who was once an apprentice at the Bernard Leach Pottery in England, left the biggest mark on Dylan.

“She was very practical,” Dylan said. “She told me something that really stuck with me. She said she never wanted to make anything that the average person couldn’t afford. A lot of artists want to make these huge pieces that sell for tons of money, but I like that she focused on functional pottery.”

Dylan moved back to Brown County in 2019 and began laying the groundwork for a career in ceramics. When IU tore down a studio that housed the ceramics kiln, Dylan was able to get some of the bricks. He used those bricks to build his own kiln at his studio in Brown County.

He currently works full time as a groundskeeper and works his pottery wheel in his free time.

“It is definitely not easy to make money and make art,” Dylan said. “There’s a lot of time management involved, especially with clay. If I want to get pieces done, I have to get up early and stay up late.”

Dylan plans to attend graduate school in the future to challenge himself in different aspects of ceramics. He said he feels lucky to have grown up in a community that supports art, but feels that art needs to be promoted more in schools.

“There needs to be a bigger emphasis on how important the arts are, especially with young people,” he said. “It is important to support young artists in Brown County so that we can carry on the legacy.”

Dylan’s work is currently on display and available for purchase at the Hoosier Artist Gallery in Nashville on South Jefferson Street, next to Fallen Leaf Books. His work can also be viewed by visiting his Instagram account <@artandpottery_by_quack>.