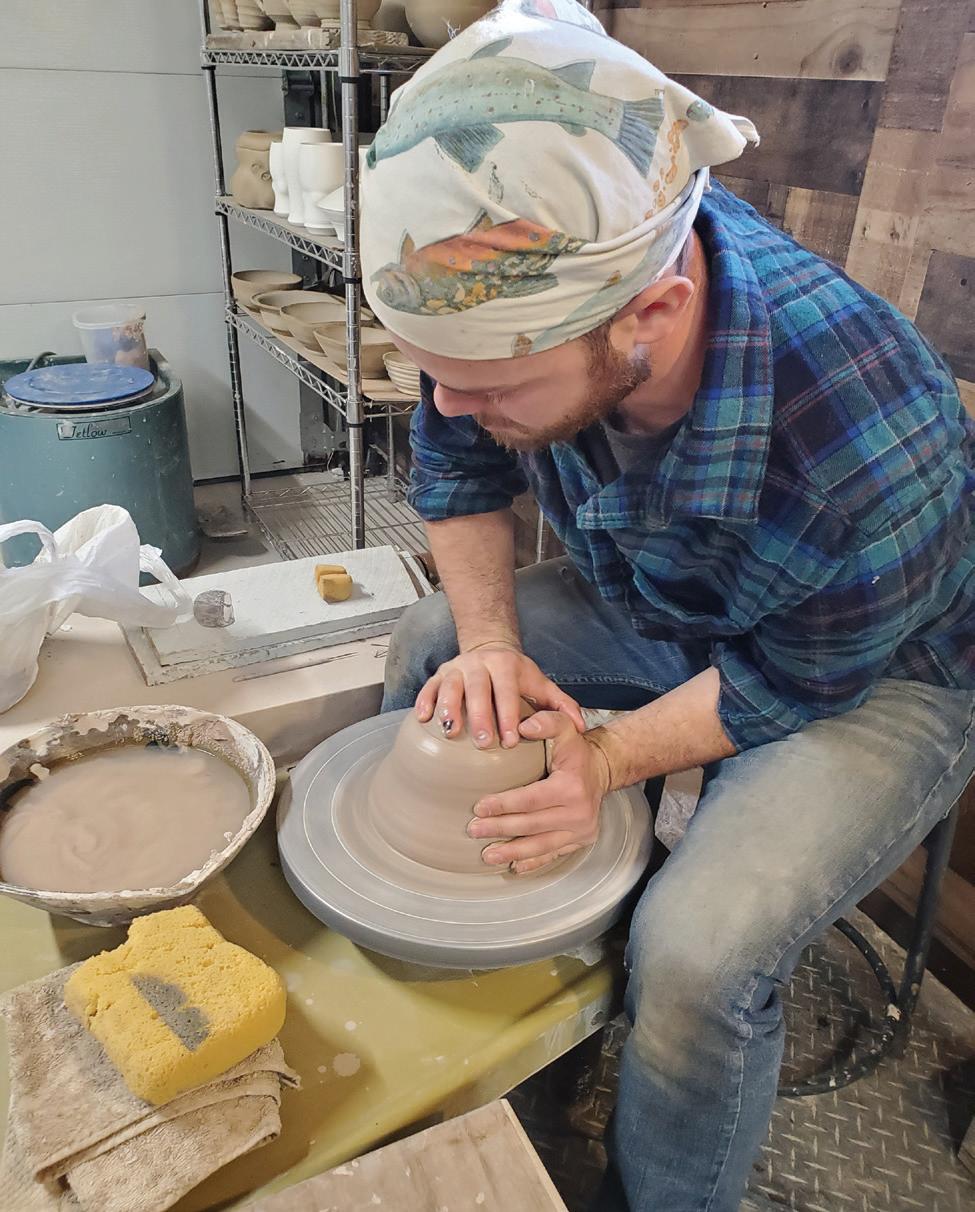 When I was a kid, we used to take Sunday drives from Indianapolis to Brown County. I loved that, and I used to go camping with my uncle in Brown County State Park.

One way you know you’ve arrived in Brown County: you’re suddenly in the presence of giants. Our tallest trees and deepest valleys are a breathtaking testament to the scale of natural magnificence on display here. And though past giants like T.C. Steele and Bill Monroe helped our community become well-known as the Art Colony of the Midwest, not so well known is that another giant of an American art form currently calls Brown County his home.

Passing him in town or at the park, you’d never guess that Steve Allee—down to earth, understated in appearance, gracious and warm in personality—is a nationally-known jazz pianist and composer who’s worked with some of the biggest names in the genre. Which isn’t to say Steve’s not a jazzman through and through. Jazz is what he’s done all his life (he sent me his resume: it’s seventy-nine pages long).

As a boy in Indianapolis, Steve first became captivated upon hearing a relative’s Miles Davis record; together with seeing live performances at Butler University by Duke Ellington and Dave Brubeck. He says these experiences were “life-changers” for him. Soon he was taking piano lessons from local jazz composer Claude Sifferlen, whom Steve says “didn’t teach per se. He believed in experiential knowledge. He would make you discover it yourself.”

Steve must have made some major discoveries, because he began gigging regularly in Indy’s jazz clubs, and at age nineteen he found himself on tour, playing in legendary drummer Buddy Rich’s Big Band. “I sat right next to him [when we performed],” Steve laughs. “It was exhilarating.”

The opportunities kept coming, and Steve kept taking them. But it was hard work. Back in Indianapolis, “We played five nights a week, from ten [p.m.] to three in the morning, four sets,” he remembers. All the sweat he left on the bandstand paid off. Along with local mainstay Slide Hampton, over the years Steve’s shared the stage with world-class players like Jimmy Cobb, Rufus Reid, and Lenny White.

Steve also writes his own compositions. His 2001 album Downtown Blues was nominated for a Grammy, and besides all the material he writes for himself, he’s done compositions for TV shows like Friends, Nash Bridges, The Sopranos, and Ripley’s Believe It or Not!, and for radio like The Bob & Tom Show.

And did I mention Steve’s taught music for decades? What started out as giving piano lessons as a young man turned into a second career as an instructor at colleges and universities all over the region. He’s even spent many summers on the faculty of the workshops offered by Jamey Aebersold, author of popular jazz instruction workbooks. And just this year, Steve retired from the University of Cincinnati as an associate professor at its College Conservatory of Music. (I’m glad he’s not a horn player, because I don’t know when he would’ve had time to breathe.)

Somehow, in the midst of this dizzying musical journey, Steve always felt drawn to nature. “When I was a kid, we used to take Sunday drives from Indianapolis to Brown County,” he recalls. “I loved that, and I used to go camping with my uncle in Brown County State Park.” About twenty years ago, Steve and his family moved into a home just a few miles from the park, where he built a recording studio. Soon after, he got the job offer in Cincinnati, and decided to split his time between a rental there and the Brown County home—a move that seemed “foolish” at times. “Now, I’m really glad we kept it [the Brown County property],” he says. “It’s in the middle of nowhere, which is great during a pandemic.”

A pandemic Steve’s been weathering this year like everyone else. But for the first time in his career, he says, “I didn’t feel inspired at all, with everything going on. The world was just a little too weird.” This summer, he “just took about a two-month pause and enjoyed being out in the country.” The break also allowed him to reflect on how to interpret his natural surroundings musically, and thankfully, the dry spell seems to be over for Steve. “Now I’m getting inspired again,” he says. He’s been composing for his big band and is trying to figure out how to safely hold rehearsals. Steve says one of his colleagues at the university told him that it was “the definition of optimism” to try to run an eighteen-piece band in the middle of a pandemic. I see it as the definition of talent and drive.

Links to video of Steve Allee’s performance at Indy Jazz Fest 2020 can be found at the website <indyjazzfest.net>.