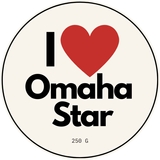 The Omaha Star, in existence for more than 80 years, has been Nebraska’s largest African American newspaper and the city’s most effective device to improve the lives of African Americans. Since 1938, the policy of the Omaha Star has been to print only positive news and to be a vigilant champion for African-American progress. Located in the heart of Omaha’s African American community, two blocks south of 24th and Lake Street, the Omaha Star building is a surviving symbol of culture, strength, positive journalism, information and education to individuals in Omaha and the surrounding areas. The Omaha Star, with its circulation of approximately 30,000, was found in a survey conducted in 2001 to be read six times before being discarded. In its history, The Omaha Star has never missed an edition. Its archives are a miniature history of Omaha’s black community, a population of well over 60,000 people.