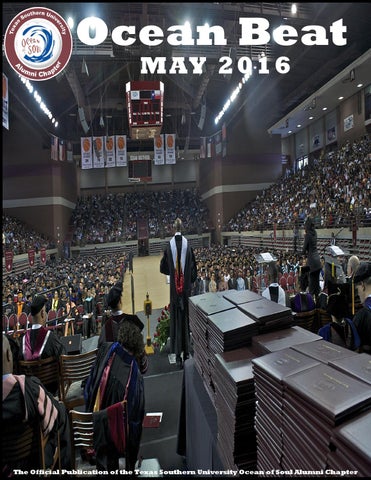 During construction, more than 100 students have been living in hotels on the university&#39;s dime. And last year four shootings on or near campus killed two students and left many calling for Rudley&#39;s administration to do more to improve campus safety. Tension between the president and some members of the university&#39;s board of regents boiled over at a meeting last month. Separately, the faculty senate on April 7 declared a vote of no confidence in Rudley and moved to censure him. The vote likely will have little effect, since Rudley plans to leave in four months. It does, however, make clear some of the faculty&#39;s frustrations with him. The faculty senate claims that, among other things, Rudley has failed to increase enrollment and resists shared governance of the university. Several faculty senate members were contacted, but none would comment for this report. Rudley said in a recent interview that the 27-member faculty senate is led by malcontents who don&#39;t accurately represent the university&#39;s 600 faculty. The senate has resisted many of his efforts to improve TSU, he said. &quot;Texas Southern is a tremendously changed institution,&quot; Rudley said proudly. &quot;For the most part, we have put the university in the position now where it can be more competitive in the future. The next president that comes in - he or she will have a much easier job than I had.&quot; &#39;Best shape it&#39;s ever been in&#39; Among the faculty senate&#39;s list of complaints is that the university has operated in the red since at least 2014.Rudley blames that on an unfair Texas funding system largely tied to enrollment, the fluctuations of which are more pronounced at a smaller college like TSU, with fewer than 10,000 students. Enrollment drops often lead to budget cuts, and that has been the story at TSU. &quot;We&#39;re trying to put out fires on a daily basis to make sure at the end of the year we have enough money to survive,&quot; Rudley told a group of state legislators who earlier this month toured the Third Ward area campus and heard his pitch for more help from the state.

The flow of state funding to Texas Southern has shrunk by 15 percent since 2010. During that time, the university has burned through all of its reserves, Rudley told the three lawmakers and one staffer who came for the tour. College officials expect to have $2 million in cash at the end of the fiscal year - not even enough to cover a month&#39;s payroll. &quot;If the Legislature wasn&#39;t shorting its funding, it&#39;s in the best shape it&#39;s ever been in,&quot; said state Rep. Garnett Coleman, a Democrat whose district includes TSU. After state leaders bolstered the formula funding, the University of Houston, just five blocks away, is set to rake in nearly $25 million more than the two years before. TSU, however, will lose $3.5 million - more than any other college in the state. The state often will approve special budget items for colleges facing such budget cuts. In 2012 and 2013, for example, the state gave TSU $10.5 million to make up for enrollment drops. That was eliminated in 2013, even though enrollment continues to dip. It&#39;s down to 8,965 students in 2015, from 9,233 in 2014. Looking elsewhere What&#39;s more, TSU officials have had to fight for money Texas is required to send to the university under a 15-year-old agreement with the U.S. Department of Education&#39;s Office for Civil Rights. The agreement came after the federal government said Texas was underfunding its historically black colleges. The state agreed to give the schools extra money to help them make progress. TSU came to rely on the $25 million it received every two years. But in 2011, the legislature, looking for easy budget cuts, hacked a quarter of that $25 million. Rudley said state leaders at the time argued to him that the agreement was no longer being enforced. He had to get a letter from the education department saying otherwise. Then it took two more Texas legislative sessions - four years - to get the money fully restored. Rudley has had to look elsewhere to raise money. Like most college leaders, he&#39;s leaned heavily on tuition, which has risen by 150 percent at Texas Southern since 2003. That&#39;s when the Legislature gave schools the authority to set their own prices.

He has also turned to his old colleagues at the federal government. Hurricane Ike hit Houston during Rudley&#39;s first months at TSU in 2008 and devastated the campus. The money Texas Southern got from the Federal Emergency Management Agency after Ike helped officials begin to rebuild the campus, already in dire need of repair before the storm. Rudley&#39;s administration tore up the large concrete expanses that covered campus and replaced them with tree-shaded lawns. They closed Tierwester Street, which used to cut through the campus, and built fences around much of the property. Both steps are part of an effort to keep the campus safer after last year&#39;s fatal shootings of two students. Since the hurricane, a $54 million deferred maintenance tab has been whittled down to about $10 million. Rudley has also used money from a $1.1 billion federal fund dedicated to providing low-cost capital to finance improvements at black colleges. He was able to tap the fund to build a $41.5 million dormitory with 800 beds. When it opens in the fall, the dorm will increase the number of students living on campus by more than 50 percent. Research shows students living on campus have a better chance of graduating, and in less time than students who commute. Officials hope the new dorm will help boost TSU&#39;s sluggish graduation rate. While the rate is the highest it has been in more than a decade, just 20 percent of TSU students earn degrees within six years. Envisioning a long-term plan Meanwhile, the awkward relationship between Rudley and the regents continues. At last month&#39;s regents meeting, Rudley accused Derrick Mitchell, a recently appointed regent who now chairs the board, of micromanaging the university. Rudley said there are days he comes to work and isn&#39;t sure if he&#39;s in charge. Mitchell, one of two new regents Gov. Greg Abbott appointed last year, said he has only been looking into complaints he has heard from faculty, staff and students. &quot;As an individual board member, we get a lot of emails and complaints,&quot; Mitchell said at the meeting. &quot;Eighty percent, we understand, are people who have an ax to grind.&quot; Mitchell praised the TSU president to the lawmakers visiting campus earlier this week, saying Rudley &quot;talks about we and us; he&#39;s thinking about the future.&quot; Before Rudley leaves, mending his relationship with the board is important for the university still remembered by some lawmakers for the financial scandal Rudley helped it recover from.

The University of Houston - the rising city research institution close to Texas Southern - has become a more lively, residential campus largely following a facilities roadmap Rudley helped create when he was chief financial officer there from 2002 until he moved over to TSU. From the top floor of TSU&#39;s new dormitory on a recent day, there is a full view of the shiny new buildings at UH, including a $120 million football stadium and several new dormitories. From the other end of the TSU dorm, all of Texas Southern can be seen: rows of old brown brick buildings, the towering skylines of downtown and the Texas Medical Center on the horizon beyond them. TSU needs a long-term plan like UH&#39;s, Rudley said, standing on a terrace on the top floor of the dorm and looking over campus. Rudley wants TSU&#39;s new library - the first new construction funded by the state in at least six years - to be built across Cleburne Avenue from a housing project where a student was shot in 2009. He wants it to be all glass, so it will shine at night like a beacon on the edge of campus. He said the college should buy the St. Luke the Evangelist Episcopal Church across from the new dorm and close off Wheeler Avenue, so it can fully enclose campus and start to build a buffer around it. The TSU president can envision a new student services building and new academic buildings. With $10 million more, &quot;we could really make this campus great,&quot; he said. But Rudley, who announced last year that he will leave this summer, won&#39;t be around to see those buildings become a reality. Meanwhile, the awkward relationship between Rudley and the regents continues. At last month&#39;s regents meeting, Rudley accused Derrick Mitchell, a recently appointed regent who now chairs the board, of micromanaging the university. Rudley said there are days he comes to work and isn&#39;t sure if he&#39;s in charge. Mitchell, one of two new regents Gov. Greg Abbott appointed last year, said he has only been looking into complaints he has heard from faculty, staff and students. &quot;As an individual board member, we get a lot of emails and complaints,&quot; Mitchell said at the meeting. &quot;Eighty percent, we understand, are people who have an ax to grind.&quot;

Mitchell praised the TSU president to the lawmakers visiting campus earlier this week, saying Rudley &quot;talks about we and us; he&#39;s thinking about the future.&quot; Before Rudley leaves, mending his relationship with the board is important for the university still remembered by some lawmakers for the financial scandal Rudley helped it recover from. &quot;Every time we find ourselves in a situation where we&#39;re clashing â&amp;#x20AC;Ś Any of that information can be used to question the need for our existence - not only ours, but institutions like ours all over America,&quot; Regent Glenn O. Lewis, a former state lawmaker, told the board at the meeting last month. &quot;We think the last two (legislative) sessions were tough for resources. Have y&#39;all checked the price of energy? ... We need to tighten our ship and we need to make sure we&#39;re not giving anybody an excuse to say, &#39;Oh, let&#39;s cut them first. We don&#39;t need them, and plus they don&#39;t operate very well anyway.&#39; &quot; The regents recognized Rudley&#39;s contributions to the university during its meeting on April 15. He may get to leave TSU with a new letter worth framing. If not, he&#39;ll at least have a medal of honor the regents plan to present to him in May at the TSU graduation ceremony. Reprinted from the Houston Chronicle

Dr. Lacy Reynolds inducted into the Utica Junion College Hall of Fame Health and Kinesiology Assistant Professor Dr. Lacy Reynolds has been inducted into the Utica Junior College Hall of Fame. Reynolds attended Utica Junior College from 1970 to 1972 and has been a member of the Friends of the College since he graduated. At Utica, he was an honor student, a member of Who’s Who in 1972 and played basketball. After graduating, he attended what was then Mississippi Industrial College. He received a master’s degree in physical education form Delta State University in 1975 and his doctorate in education from Texas Southern University in 2007. As a TSU assistant basketball coach and instructor, his team won the Southwestern Atlantic Conference championships in 1988, 1990, 1994m and 1995. He served as head coach at Grambling State University from 1995 to 1999 and was head women’s basketball coach at TSU from 2000-2003. He began his coaching career at Mississippi Industrial College where he was head basketball coach and athletic director. He was an assistant coach and athletic director He was an assistant coach and physical education instructor at LeMoyne-Own College in Memphis from 1977 to 1983. His teams were conference champions in 1978, 1979, and 1980 and appeared in the National Association for Intercollegiate Athletics tournaments In 1982 and 1983 and played in the National Collegiate Athletic Association Division III Tournament in 1982-1983.

Will be a featured vocalist at “Dancing in the Street “ Motown &amp; More Revue Memorial Day Weekend at Miller Outdoor Theater Hermann Park

Let’s support our Ocean Alumni and the Arts

The TSU Jazz Ensemble performing on campus in the 70â&amp;#x20AC;&amp;#x2122;s under the direction of Professor Howard Harris