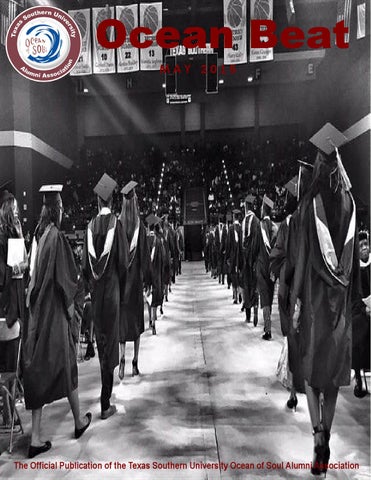 Dr. Michael O. Adams and the Student delegation in the TSU eMPA program visit Rio de Janeiro as part of a study abroad program Students in the Executive Master of Public Administration (eMPA) program at Texas Southern University recently returned from Rio de Janeiro, where they participated in a two-city visit as part of a study abroad program. Having spent their first week in the Northeast region of Brazil in the city of Recife, students were engaged in learning about the cultural richness of Brazil and were able to explore and analyze the various systems that shape international development and development administration in Brazil. Presented with lectures by different scholars, public administrators, and members of the nonprofit sectors, the students explored issues of immigration, cultural management, political parties, democratization, and social movements in Brazil. Throughout the exploration of these topics, students were also confronted with understanding the presence of systematic racism affecting Afro-Brazilian populations across both regions. In March 2008, Brazil and the United States entered to the an agreement called the "U.S-Brazil Joint Action Plan to Eliminate Racial and Ethnic Discrimination and Promote Equality" though no formal legislative changes have emerged from both countries, this marks a significant move to acknowledge how racism still permeates public affairs in both countries. Also, as TSU continues to serve urban populations and the city of Houston and the state of Texas grows its relationship with oil producers in Brazil, the socio-economic capital that is shared is a critical starting point for guiding students in their trajectory as global leaders. The study abroad component offered to eMPA students began in 2011 and is included as part of their tuition. Since 2011, the program has taken over 100 students abroad to eight countries on three different continents. As the program continues to grow, the desire is to continue to foster an environment that advocates for the development of global leaders that thrive locally and globally. Reprinted from The Forward Times Newspaper

Mervin “Kid Merv” Campbell, Trumpet Section, Ocean Alumnus Class of 1985 Merv started playing with the Olympia Brass Band in 1981 (the youngest member ever asked to join). There he learned from Olympia leader Harold Dejan and assistant-leader Milton Batiste. Harold Dejan had been friends with Merv’s great uncle, trumpeter Henry “Kid” Rena. So Dejan would call Merv “Rena” or “Kid Rena”—that’s how Merv found out that Kid Rena was his great uncle. In 1987, Milton Batiste started the Junior Olympia Brass Band, which Merv joined. Two years later, Merv formed a group called the Young Olympians, which played in New Orleans, the U.S., and Europe through 1996. In 1991, the group became a band with two names playing two different styles of music: the Young Olympians by day for traditional events and the funky Soul Rebels in nightclubs and at parties. In 1991, the Neville Brothers decided to put together a band for their children, and Merv was asked to join the band, Deff Generation (also known as the Young Nevilles). He played with them from 1991 to 1993. From 1989 to 1992, Merv hustled for tips and learned traditional jazz in the French Quarter: with Tuba Fats & His Chosen Few with Linda Young, and with the Jackson Square Jazz Band with pianist Marie Wantanabe. Kid Merv has recorded with Olympia Brass Band, Young Olympians, Soul Rebels, Deff Generation, Cyril Neville and the Uptown All -Stars, and the Neville Brothers on the Family Groove album. He was also featured in the documentary Satchmo in the Ghetto. His own jazz band, Kid Merv & All That Jazz is a five-piece playing a range of jazz, from Louis Armstrong to Miles Davis, with a touch of pop and some swing. Kid Merv also is a member of the Treme Brass Band, where he plays lead trumpet and sings second vocal (to Uncle Lionel Batiste). Within the past few years, he’s traveled around the United States with Treme Brass Band and to several oversea festivals: to the Umbria Jazz Festival in Perugia, Italy with Dejan’s Olympia Brass Band; to the Louis Armstrong Festival in Salzburg, Austria on a brass-band gig; and to the Pori Jazz Festival in Pori, Finland with the Original Royal Players brass band. He also travels within the United States with the Louis Armstrong Society Band, a concert group. Summer 2001 was spent on Block Island, Rhode Island, where he played six nights a week at the club-restaurant, Ballard’s. Kid Merv led All That Jazz in an all-traditional set in the French Quarter Festival (Spring 2001), then mixed up contemporary and traditional for the Treme Festival (Fall 2001) and for the most recent French Quarter Festival (Spring 2002). This year, for the first time, Kid Merv & All That Jazz performed at the New Orleans Jazz & Heritage Festival (May 2002) and played the after-parties for Essence Festival (July 2002). Mervin “Kid Merv” Campbell is an active member of the New Orleans Musicians Union and a member of the New Orleans Organized, a support network for the local musicians in their business endeavors. TSUOOSAA ● VOLUME 1, ISSUE 7

The Texas Southern University Ocean of Soul Marching Band was tapped for an out of this world performance. The band played the STAR WARS theme song to mark the release of what’s being called the “most iconic movie collection of all times.” The Ocean of Soul performed during KRIV-TV Fox 26’s 9 a.m. morning show April 10, to celebrate the release of the entire STAR WARS movie collection on Digital HD. All six epic films in the Saga, from The Phantom Menace to Return of the Jedi, will be available beginning Friday. “STAR WARS is an all-time movie great and we are honored that the folks at Fox 26 thought to include us in this special celebration,” said Richard Lee, TSU band director.

Please join Texas Southern University Alumnae and former Miss TSU Brandi Ford as she conducts a screening of her new movie Muted. Muted is a short film Brandi wrote, produced and co-stared in with Chandra Wilson (Greyâ&#x20AC;&#x2122;s Anatomy) and Malcolm-Jamal Warner ( Sons of Anarchy, The Cosby Show) Muted follows the Gladwells, an African-American family who struggle to get support from the media and law enforcement when their teenage daughter disappears. The screening will be held at The Ensemble Theatre at 4pm on Monday, May 11th and there will be a Q&A afterwards with Brandi Ford and co-producer and Houston native and lead actress Chandra Wilson. http://www.eventbrite.com/e/muted-screening-qa-wchandra-wilson-dessert-reception-tickets-16826210649?aff=facebook The event is open to the public but you must RSVP in order to attend.

We Are Bending Over Backwards to Serve You !

In order for the Texas Southern University Ocean of Soul Alumni Association to effectively serve you and plan accordingly, we need honest feedback from our alumni. Please take a few moments to complete the survey in the link posted below, so we can coordinate activities that you all would enjoy.