Photogragher Andi Sapey explores the themes of Travel, Journeys and the sense of Place within the landscape of four different country’s, Japan, Iceland, Greece and UK (East Anglia).

norwichartscentre.co.uk By phone or in person

Written and performed by Nick Cassenbaum

Bubbemeises is Yiddish, it translates as a grandmother’s story, a tall story, an old wives’ tale. Writer and street performer Nick Cassenbaum invites you into the warmth of the Canning Town Schvitz, East London’s last authentic bath house. Amongst the steam, ritual and live Klezmer music, Nick will take you on a journey to find the place he belongs. “Warm, gently provocative questioning of Jewish identity”– The List

A lively, moving and unpredictable event where people tell true stories about their lives in front of a warm, supportive audience. Visit truestories.co.uk for full details.

8pm | Pay What You Can | Seated Tuesday 7 November

A storytelling show about one receptionist’s journey through four years of cuts to the national health service. Based on writer and performer Shey Hargreaves’ real experiences of working on an emergency medical unit, the show explores the impact of policy changes on patients, staff and their families and friends. Sick brings to life the bizarre, hilarious and heartbreaking nature of an emergency department through comedy, music, storytelling and a lot of phone calls.

Join us from 1pm for another fantastic bill of teens flying the flag for the future of music.

Tom Marshman uncovers the hidden histories of LGBT communities through memories of the Kings Cross area; an area that has undergone radical change since its day as a hub of LGBT communities, bars and culture. Woven together from the stories of people who experienced it first hand, Tom’s show celebrates a raucous, riotous time in the life of central London where sexuality was for exploring, HIV was causing tragedy, and rights were to be fought for.

8pm | Pay What You Can | Seated Friday 17 November

‘Immigrant Boogie’ marks the first new material from Ghostpoet since the release of his third and much lauded, Mercury-nominated Shedding Skin album in 2015. Swathed in post-punk virtuosity, it is a narrative only too pertinent in 2017.

A silent disco with a live DJ, spinning only your favourite guilty pleasures that will get all the family dancing – toddlers to granddads. Get your dancing shoes on and get ready to boogie.

Warm up your vocal chords and get your dancing shoes on for a silent disco with all your favourite guilty pleasures. Pick your channel and choose your groove as 2 DJs simultaneously spin only the best, classic tunes that will get you dancing.

“country-soul with luminous warmth” – Mojo Award-winning writer and performer, and former band member with The Red Clay Halo, Barker has toured extensively all over the world, including an appearance at the Olympics opening ceremony alongside friend and collaborator Frank Turner.

A rare chance to see a dramatic reading of the acclaimed one-man play by celebrated performance poet, Lemn Sissay MBE. Something Dark tells the story of Lemn Sissay’s upbringing in children’s homes and foster care, and the search for his family and true identity.

Scratch It! is HACK’s curated short-play scratch night. Packed with original new work from an array of talented writers from East Anglia. This makes every event various and unpredictable.

An idiosyncratic yet infectiously catchy blend of guitar, banjo, cello, trombone and the artist’s soulful voice. Bassy has been championed by 6Music and BBC Radio 3 since the release of his acclaimed album Akö.

A twelve-year-old girl sneaks across the border into her own country. Her parents watch her on a computer screen. The works of a half-forgotten performance artist seem to hold the key to bringing down a brutal system operating on our behalf and under our noses. Do you join in? Or do you look the other way? “Bye is one of the most astute and thoughtful contemporary theatre-makers around.” – The Stage Co-commissioned by Norwich Arts Centre

He doesn’t use mind games or psychological tricks; there is no smoke and mirrors. He can simply read your mind. You’ll be amazed at Jermay’s incredible powers; he knows your past, present and future, sometimes better than you do. He impossibly knows all, sees all and tells (almost) all in an expert display of telepathy and personal predictions about your future developed to amazing razor sharp accuracy. “Jermay puts the rest of us mind readers to shame”- Derren Brown

Macka B & The Roots Ragga Band

The SweetBeats + The Cuckoo Clocks

Natty and the Rebelship + Take Your Time DJs

An exploration of what it is and how it feels to be at home in your own skin. Home Solo is an intimate performance that includes contemporary dance, words, live song, guitar and Cajon.

8pm | Pay What You Can | Seated Thursday 30 November

A journey through the eighties from Disco, Soul and Funk to Hip Hop and Acid House. Expect plenty of Bowie, Prince, Whitney and all of the classics.

Dance all night to the joyful sounds of The SweetBeats as they blend self-penned songs with twisted versions of the classic Ska, Reggae, Bluebeat, Soul and Dub.

Scratch It! is HACK’s curated short-play scratch night. Packed with original new work from an array of talented writers from East Anglia. This makes every event various and unpredictable.

Another night of new music in support of Norwich Labour. Acts TBA.

“Frankly Genius!” - The Guardian Dust down your best Scottish accent, dress up as your favourite character and come join in with the singing, buttock-slapping and dialogue of this horror classic.

8pm | Pay What You Can | Seated Thursday 7 December

with Rachel Mars and Daniel Pitt

8pm | Pay What You Can | Seated Friday 8 December

Following his Top 20 debut album, ‘Man Like I’, Soul/Reggae sensation Natty is back with his highly anticipated second album ‘Release The Fear’, a future-roots, concept album that takes us on a journey through love, redemption, self-identity and unity.

A lively, moving and unpredictable event where people tell true stories about their lives in front of a warm, supportive audience. Visit truestories.co.uk for full details.

8pm | Pay What You Can | Seated Monday 11 December

The Young Un’s: We Three Sings Christmas Show The popular Teesside trio don their festive jumpers for a light-hearted romp through Christmas past, from carols rooted deep in the soil of Britain’s ancient wassail traditions to original songs of seasonal cheer and heartbreak.

Verity Sharp hosts the latest event in this series showcasing experimental music up and down the UK.

Natty and the Rebelship + Take Your Time DJs

Following the success of last year’s Straight Outta Middlesex tour, the prolific Nathan Caton is back! He’s keeping it real and keeping it funny, dissecting all things from the personal to the political in this hilarious show.

We’ve mulled it over… we’re going on tour! London’s new cult comedy night hits Norwich for a Christmas special! Got appundecitis? We hope you’re not feeling Santa Claustrophobic! It’s Pundemonium! at Christmas. Pundemonium! is a hilarious game show full of punishing linguistic challenges designed to put your (egg)noggin to the test. Trust us, it’ll be a cracker and Yule love it. No-el kidding.

Natty and the Rebelship 8 December

The SweetBeats + The Cuckoo Clocks

Rising up from the bed of the River Tyne, a voice that crumbles and soars, that is steeped in age-old balladry and finely-chiselled observations of the mundane. “A fantastic and unique talent.”– Stuart Maconie BBC 6Music

Roots rock outfit The Vagaband with The Shackleton Trio.

The Blockheads 40th Anniversary Year The legendary outfit are back to celebrate 40 years!

The best DJs in Norwich playing a wide variety of music for NYE. Soul, Tropical, Disco, Funk & House. Come and celebrate the new year with us!

Back by popular demand! Come sing-a-long to the best Christmas film ever! Come support Michael Caine as he does some ‘acting’! Witness laughter, redemption and singing food! Free goody bags! 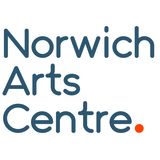