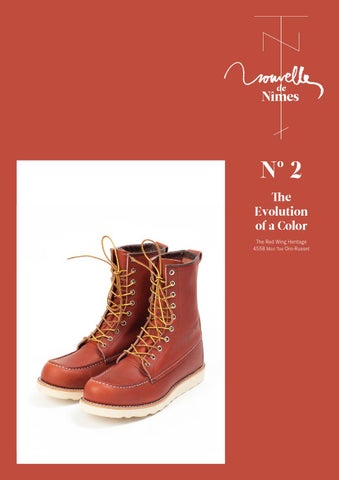 The Evolution of a Color Oro-Russet

The very first leather produced for the 877 was Russet Red, tanned in the early fifties at a tannery in California. Back then, the color and feel of this iconic leather was not what we know it to be today. The color was lighter and contained larger quantities of oil. Named Russet Red after the typical American Russet potato, the oil saturation of the leather increased its functional capabilities in an outdoor environment. Then the early 60’s arrived and Red Wing Shoe’s own SB Foot Tannery began producing this red leather for the 877. Due to the differing methods of tanning which every tannery employs, this red leather was not an exact copy of the previous leather and thus the name of the leather was changed to Oro-Russet. In 1992 the color of Oro-Russet was changed to a much more red hue. This change in coloration would be considered the “second OroRusset.” Four years later however, Red Wing Shoes made the decision to return to the design of the 877 Oro-Russet as used in the 80’s. This leather would be named Oro-Russet Oro-Iginal and was first used in the “Irish Setter” family including the 866, 875 and the 877. At this time, when Red Wing Shoes returned the leather of the 877 OroIginal to the Oro-Russet Oro-Iginal design used in the 80’s, the second Oro-Russet 877 was still selling well in Japan. Due to this, a new boot named the 8877, which kept many of the same qualities of the 877, was developed and the leather used was named Oro-Russet Portage. Our newest boot, the 4558, is an updated version of this special design. Its classic look is packed with history and story, paying homage to the legendary boot and leather that was so popular in Japan all those years ago. —

A letter to Red Wing Shoes, from the owner of this vintage pair of Irish Setterâ&#x20AC;&#x2122;s

et Portage pany changed the leather of 877, 877 was selling well in Japan. 8877 is developed with a the o-Russet Portage’.

et Portage to discontinue the 8877.

The second issue of a new format, an online and offline gazette on jeans and the art of permanent style by Amsterdam’s finest denim store, Tenue de Nîmes.

Nouvelle de Nîmes Online An extended version of this printed edition will be released soon. Expect more photography, video footage, behind the scenes images and more stories on the denim collection at Tenue de Nîmes. Stay tuned at www.tenuedenimes.com 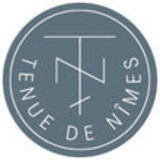