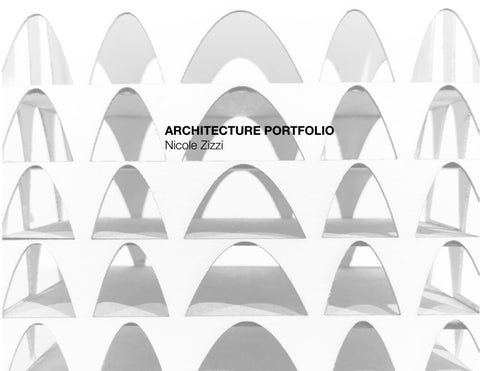 The dance piece explored the compulsive habits of one experiencing symptoms of an eating disorder. Mirrors were used as a part of the piece to demonstrate the outword fixation of body image that may accompany disordered eating. Prior to the show starting, a speech was made highlighting the idea that not all mental illnesses are experienced the same, and the company was in no way claming that their representations are the only way in which a particular mental illness may be experienced. To that idea, the mirrors also became an object of reflection for the audience members. The piece was performed in an intimate black box theater, with the audience only three feet away from performers. The audience members could see not only the reflections of the performers in the mirrors, but also themselves. The mirrors became a subtle nudge to the fourth wall of the theater. Reflections of the back of o brought the audience onto the stage itself, making the audience an active part of the piece.

CURATING CURATION Shenzhen Biennale of Urbanism + Architecture 1km Infographic Design Lead Designer: Prof. Paolo Ciuccarelli Collaborators: Yinan Dong, Yuan Hua, Todd Linkner, Yuquinq Liu A visual atlas of the curatorial process behind â&#x20AC;&#x201C; and before â&#x20AC;&#x201C; the Eyes of the City. The body of the curatorial process has been dissected into eleven charts that expose the richness of the corpus of metadata and descriptions attached to each and every one of the submitted applications. The aim is to unfold the complexity of the curatorial process, to make it legible, and to reconstitute the ensemble of all the applications as a (big) picture of the current status of design and research in architecture and urban planning. Who applied, from where, when, and what do all these proposals have in common in terms of topics and imagery? Navigating the flows and the nets of data you can find the answers and step into the tree of decisions that builds an exhibition, before entering it.

Sections Eyes on the City

META ARCH Urban Library Typologies Class: ARCH 6200- Graduate Studio 1 Instructor: Silivia Illia-Sheldahl Work Time: 2 weeks Explored here first is Toyo Ito’s Tama Art University Library. The complex system of arches is meant to convey the idea of the “grotto” or the cave. Through research, 3D modeling, and ultimately building a scale model of the Library, I became intrigued by the arch. The arches of the library, to the eye, seem to be made of concrete, while in reality they are a steel structure clad in concrete. This play on structure, form and material lead me to create a theoretical form design of the metaarch: a building scale single structural arch with arched windows.

The circle is a form that has no edges, no corners, no hierarchy; it represents an equality while it subtly invites the eye inwards. The circle is symbolic of cycles, hence the use of a circle in my design for a community center. My design proposal is meant to serve the community as a center for gathering while also performing its programmatic functions. The food and products created onsite branches out to the community through the marketspace while the community brings in its recyclable and compostable goods.

For this project, we were prompted to investigate upclycing: the reuse (discarded objects or material) in such a way as to create a product of a higher quality or value than the original. We were given five specific programs for the site from which the building form was generated. I analyzed the programmatic relationships by the material flow required for maximum efficiency. In order for upclycing to effectively occur, the entire community must be engaged in the happenings of the site.

DESIGN TACTICS Design Collaborations Class: ARCH5310-Design Tactics Instructor: Mary Hale This final project collaboration was created as a culmination of studies in Professor Mary Hale’s Design Tactics course at Northeastern University. Over the course of the semester, we examined architectural design through the lens of various different mediums such as film, choreography, urban typologies, and field conditions. We studied Kevin Lynch’s Image of the City, the Situationist’s notion of the dérive, Peter Greenaway’s framing of architecture in film, Bernard Tschumi’s use of annotation systems, the collaborative nature of Merce Cunningham and John Cage, as well as their use of chance, and more. This project aimed to combine as many topics as possible into one collaborative film. The complete film may be viewed at: https://www.nicolezizzi.com/designtactics

My specific contribution to the project was it’s choreography, based an analysis of the Museum of Fine Arts, Boston. An anthropomorphic interpretation of the MFA’s floor plan, excluding the newer additions, generated two specific symmetrical body shapes which in turn became two different movement combinations. From there, I used my own dérive through the MFA as chance generator for the sequence of movement of three dancers. I additionally, included the use of improvised movement as a reference to the meditative nature of the dérive. (The tap dancing was an improvised element and was therefore not choreographed by me.) The choreography and music were created independently of each other and were not combined until the editing stages of the project- a reference to the performances of Merce Cunningham and John Cage.

#EveryRoomaDance A crowd-sourced exploration of how space influences movement in the typologies of our own homes Independent Dance Project We move through the spaces of our homes on a daily basis, but how much of that space do we actually inhabit? This project pulls from elements of Anne Bogart’s “Viewpoints”— a technique of movement composition based on improvised gestures and movements. Key elements of this technique are space, shape, time, and effort/energy; improvised movement may pull from one or more of these elements. Within the element of space falls the viewpoint known as “Architecture.” This viewpoint allows each dancer to look for shapes and forms in the surrounding environment and create movement based on what he or she sees and experiences. These experiences may also pull from the context and meaning of the architectural locations themselves. This project capitalizes on the network of dancers on social media. Dancers use the hashtag #EveryRoomADance and challenge others with each post to join the project. A simple hashtag search brings up videos that dancers post of them dancing in the rooms of their homes. As a conglomerate, we can start to see how the space of housing typologies might be inhabited in new and creative ways.

BLUE LIGHTS Installation Design Class: ARCH5155-Options Studio Instructor: Mary Hale Work Time: 12 weeks This semester long project aimed to shed light on Northeasternâ&#x20AC;&#x2122;s existing blue light system and other safety infrastructure. The system consists of strategically placed blue light signals intended for emergency situations. They are accompanied by call boxes that are usually placed right under the blue light, however upon initial investigation we discovered that a majority of the campuses call boxes were not easily visibly from the position of the blue light. And so, early designs included flood lighting of the call boxes as well as a centralized educational installation. Due to budget constraints, balloons were used as a visual a attractor on the call boxes. The final installation was open for five days in the campusâ&#x20AC;&#x2122;s student center and was intended to provide a space for conversation, connections and awareness of safety on the Northeastern campus. This project was collaboration by all 10 students in the course.

phone and light on different walls