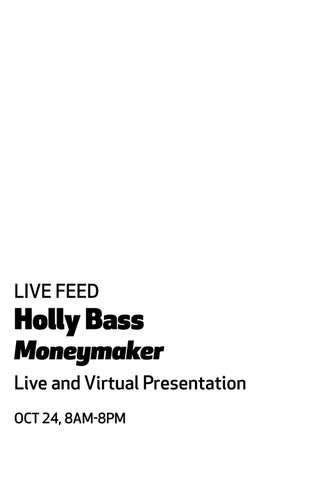 FUNDING The Live Feed creative residency program supports and nurtures the development of new work with residencies and commissions generated over two years. Lead support of Live Feed is generously provided by Partners for New Performance and Rockefeller Brothers Fund.

Enjoy the work of this artist and your experience here at Live Arts? Please consider making a donation so we continue to support artists like this and their critical work!

BIOGRAPHIES Holly Bass is a multidisciplinary performance and visual artist, writer and director. Her visual art work spans photography, installation, video and performance. A Cave Canem fellow, she has published poems in numerous journals and anthologies. She studied modern dance (under Viola Farber) and creative writing at Sarah Lawrence College before earning her Master’s from Columbia University’s Graduate School of Journalism. As an arts journalist early in her career, she was the first to put the term “hip hop theater” into print in American Theatre magazine. She has received numerous grants from the DC Arts Commission and was a 2019 Red Bull Detroit artist-in-residence, a 2019 Dance/USA Artist Fellow and a 2019-2020 Smithsonian Artist Research Fellow. A gifted and dedicated teaching artist, for four years she directed a year-round creative writing and performance program for adjudicated youth in DC’s Department of Youth Rehabilitation Services as well as facilitating workshops nationally and internationally. She is currently the national director for

Turnaround Arts at the Kennedy Center, a program which uses the arts strategically to transform schools working to solve deep racial and economic inequities. Mel Harper is a maker, museum educator, and creative consultant, living and working in Washington, DC. Mel is an interpretive project manager at the National Gallery of Art, and the Company Manager for Holly Bass|360. Mel received her MA from Howard University, where she taught African American art history as an adjunct lecturer and managed the Prints &amp; Photographs collection at the Moorland-Spingarn Research Center, a repository and archive of the African Diaspora. She is currently developing her newest project, the Art in the Zombie Apocalypse podcast. For Freedoms is an artistled organization that models and increases creative civic engagement, discourse and direct action. They work with artists and organizations to center the voices of artists in public discourse, expand what participation in a democracy looks like, and reshape conversations about politics. 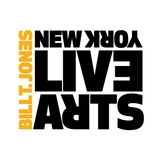