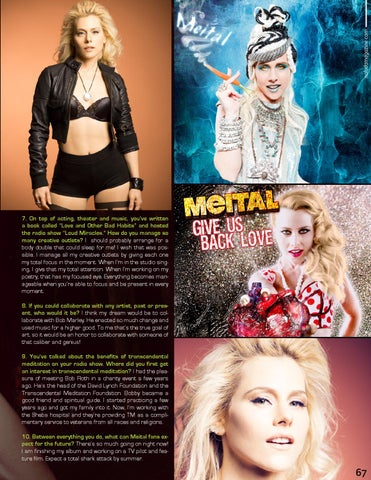 7. On top of acting, theater and music, you’ve written a book called “Love and Other Bad Habits” and hosted the radio show “Loud Miracles.” How do you manage so many creative outlets? I  should probably arrange for a body double that could sleep for me! I wish that was possible. I manage all my creative outlets by giving each one my total focus in the moment. When I’m in the studio singing, I give that my total attention. When I’m working on my poetry, that has my focused eye. Everything becomes manageable when you’re able to focus and be present in every moment.   8. If you could collaborate with any artist, past or present, who would it be? I think my dream would be to collaborate with Bob Marley. He enacted so much change and used music for a higher good. To me that’s the true goal of art, so it would be an honor to collaborate with someone of that caliber and genius!   9. You’ve talked about the benefits of transcendental meditation on your radio show. Where did you first get an interest in transcendental meditation? I had the pleasure of meeting Bob Roth in a charity event a few years ago. He’s the head of the David Lynch Foundation and the Transcendental Meditation Foundation. Bobby became a good friend and spiritual guide. I started practicing a few years ago and got my family into it. Now, I’m working with the Sheba hospital and they’re providing TM as a complimentary service to veterans from all races and religions.    10. Between everything you do, what can Meital fans expect for the future? There’s so much going on right now! I am finishing my album and working on a TV pilot and feature film. Expect a total shark attack by summer. 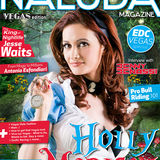 Now that we’re in the month of May, how are you celebrating this delightful Spring season? Forget spring-cleaning; mix up a margarita, have...

Now that we’re in the month of May, how are you celebrating this delightful Spring season? Forget spring-cleaning; mix up a margarita, have...