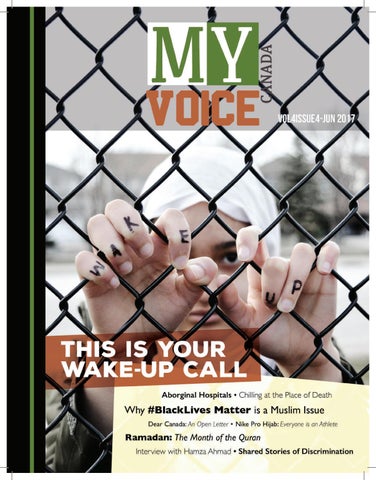 hile we would all like to live with the illusion that racism is no longer an issue in our modern society, the unfortunate reality is that we are far from that. Despite having made significant progress with our acceptance of other races in the last several decades, until we reach equality for all, there is always room to improve. From a humanitarian perspective, it should be obvious that one should not hesitate to stand with the oppressed. However, some Muslims try to distance themselves from movements like #blacklivesmatter because they don’t think it affects them directly, despite the Qur&#39;aan stating, “Whoever kills a person [unjustly]...it is as though he has killed all mankind. And whoever saves a life, it is as though he has saved all mankind.” (Qur’aan, 5:32). Nowhere does it say “a Muslim person”. This means that even though it may not affect us directly, any innocent killing, including those of black people, is an attack on humanity. While this verse essentially says that all lives matter, this statement is by no means belittling the #blacklivesmatter movement. It merely highlights that all life is precious. However, we must take into account that it is typically

how many young and healthy people have died before they his was our chill-spot at Masjid al Haram, where reached old age? My heart started racing as the funeral my husband and I sat down to eat a snack after procession drew closer. I felt myself tense up and I crossed performing Tawaf. The enclosing architecture of my arms tightly. Then it hit me; the realization of my own the entire Masjid was marvelous, reminiscent of a castle-type mortality: This will be me one day. I am going to wear a construction, unlike any I had ever seen. The main entry to shroud, not a dress; I will return to dust. I got up and the our secret hangout place was tucked in a corner outside the dead bodies took my place. These souls had crossed over to courtyard of the Ka’bah. It was arched and had within it two large marble columns with lintels at the end. the Hereafter, about to meet their Lord. I shuddered at the thought that I could’ve been It was topped with verses in their place. The currency from the Qur’an, sculpted in gold and emerald green. &quot;The currency of the Hereafter is neither of the Hereafter is neither dollars nor a university We would relax here before in dollars nor a university degree or a really in degree or a really nice car, going for Sa&#39;I. Little did we nice car, but only pure hearts and positive but only pure hearts and know that this was actually positive contributions to the area where the deceased contributions to society.&quot; society. In the face of death, are brought for Salat al all my pride, anger, grudges Janaza (funeral prayers). So as I was enjoying a cold glass of zamzam water, a funeral and jealousies crumbled away, leaving me with the realization of what is truly important. Our lives, from beginning to end, procession coming towards us gave me a sudden jolt. I not belong to Allah, so those years in between, spent on this only lost my appetite but jumped to my feet, mortified. Being so close to the dead bodies made me feel scared and earth, should also be focused on Him. We are all dying; each one of us has come into this sick. Although death is a natural part of the cycle of life, world with an expiry date. A dying person lives in pursuit of we often forget that it even exists. Let&#39;s face it, we live in a death-denying culture. We try to hide death behind antiholiness, not chasing the next gadget craze, binge watching Netflix or fritting over friends. She enjoys this world in aging creams, food guides and medical technologies. Yet

concentration, as if it were your last prayer on earth. Salah will be the first question that Allah will ask on the Day of Judgment. Pray with no regrets, seeking maximum reward from Allah, aiming to pray like the Prophet Muhammad (P.B.U.H.) prayed.

Connecting with the Qur’an will help you to know Allah and understand His divine wisdom.

moderation and strives for a life radiating with faith and good deeds. When frivolous things become tempting, she calls to mind the inescapable fact of the grave and prioritizes her life in light of the Hereafter. A Muslim is characterized by her belief in the Afterlife. Our certainty and confidence in meeting Allah should be the motivation behind Salah (prayers), acts of charity and commitment to the Qur’an, which are a priority for anyone who is conscious of Allah.

Here are some tips to bring us closer to our Lord:

Perform Salah as if it were your last

Leave a legacy of charity

Connect with the Qur’an

Be generous with the time, money and knowledge that Allah has blessed you with. After death, people will remember how you treated them. Spend time with your parents. Mentor your young siblings. Feed the homeless. Participate in clothing drives. Volunteer at the Masjid or at an NGO. Donate your blood. Spread your warmth, love and joy to everyone. Our charity today will echo in eternity; it will protect us in the grave and shade us on the Day of Judgement.

Our culture is obsessed with information. In the end, the only thing that is really worth reading is the Qur’an. Allah is talking directly to us – they are His own words. Connecting with the Qur’an will help you to know Allah and understand His divine wisdom. While Twitter and YouTube videos can be full of empty gossip and vain philosophies, only the stories of the Qur’an contain profound insight, for those who reflect.

Pray to Allah on time, with the utmost love, humility, and

So much is happening in the world with injustice escalating towards many different races and religions. It is time to wake up and realize that we are all responsible for what happens to us and to others. If we don't wake up and start taking positive action we will all be contributing towards the injustice in the world. With a great variety of topics to choose from the youth at MY Voice have brought you yet another amazing issue! 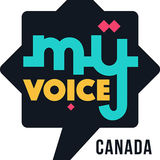