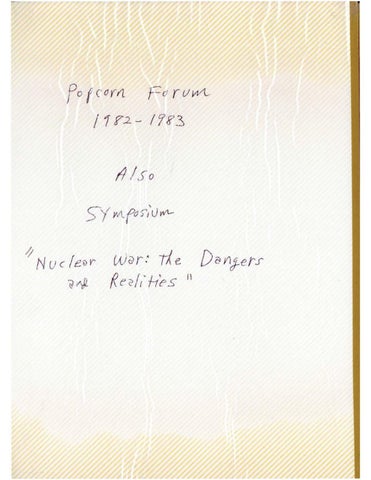 AACP board member Anita MacKey found herself demoostraUng, as well as dilcualng, minority Slll'Vival tactics Wednesday II a pest speaker at North Idaho College. Scattered among a crowd of about 50 students was outspoken Post Falls white supremacist Keith Gilbert and aeveral members of bis racist group, the Restored Church of Jesus Clrist. The antagonists sat in conspicuous locations around NIC's Dormer Room, listening to the representaUve of the National As-

sociatlon for the Advancement of Colored People (NAACP) addre11 1the topic, " Black and Coping." Gilbert, dressed in bis customary .blue uniform and sporUng a camouflage field bat, glowered at :MacKey from the second row. MacKey, who was keenly aware of the racists' presence in the audience, assured her listeners that she would grant a questionand-answer seaion . " And I assure you, I'm ready," she warned in a serious tone. Gilbert rose from his seat when MacKey called for questions and began harassing the tall, grayhaired civil rights crusader with racist slurs. He mocked the " Jewish

NAACP" and spouted defamatory remarks about Black people In general. " It's your atUtude that keeps my little white cblldren in private schools so they don't mil with niggers," be shouted. MacKey maintained an air of sophisticated confidence and told Gilbert that her speech was written for people like bbn, but be apparently didn't listen. With each confrontation, MacKey demonstrated her skill at coping with and overcoming a prejudicial situation, which was the point of her addrea. " Be able to discern when prejudice is present, and deal with it," she told her audience, which coo-

tained a lone Black student. Be prepared for confrontation and be ready to handle It by seeking wisdom, she said. "Seek the perfect knowledge of never being surprised,'' MacKey advised, and above all, develop a positive self-image. "If you 10 throup life looklna for attribution from othen, you'll be in a perpetual stew," she said.

becoming a cause of frustratlon for Black men, she said. The

interracial relatlClllh1ps are on the increase became social and Judicial inj111tlces have put a dilproporttonate number of Black males in prison, MacKey clalma. Black men are "the most dl•dvantqed member of society," she said.

ria,es, though she admits she

In response to a question, MacKey said "totenilm" bu caused the situation for minor· ities to WOl'leD rather than Im· prove since the Civil Rlpts act of

avoided becoming part of a mixed

MacKey's speech was not without controvel'ly. She supports interracial mar-

marriage once because of the potential problems it could cause. Interracial dating involving Black women and White men is

- even though they have the redress of the law - they dcm't know how to handle it."

Abortion debate at NIC The fiery topic of " Abortion - 'lbe right to choose, The right to life" will be discussed at the free Popcorn Forum at North Idaho College 1 p.m. Wednesday in the NIC auditorium. Sponsored by the Associated Students of NIC and the Divisioo of Social Studies, the debate is between representatives from opposing oroanizations. Speaking for pro-life is Kerry Uhlenkott, legislative coordinator and National Right-to-Life Committee citizen lobbyist from Ne1m, Ida. The NRLC maintains

that each human life is a continuum from conception to natural life, with the main objectives of fostering respect for human life and defending the right-to-We of all human beings, born and unborn. Opposing Uklenkott is Kristine Mote of the Natiooal Abortion Rights Action League. She is founder and coordinator of the Spokane chapter. The group is dedicated to preserving a woman's right to choose a safe, legal abortion and supports the 1973 Supreme Court decision which legalized abortion.

While the fiery topic of ''Abor· tion - The right to choose vs. the right to life" was being debated at North Idaho College Wednesday, the Washington Board of Health decided to allow abortion clinics to do abortions for women who are four to six months pregnant. This fact would have added more fuel to NIC's abortion de· bate, attended by about 80 persons and sponsored by the Associated Students of NIC and the Dlvislon of Social Studies. Opponents in the 90-minute event were Kristine Mote of the National Abortion Rights Action League (Spokane) and Kerry Uhlenkott of the National Rlghtto-Life Committee (FeM, Ida.). Both women gave 20-minute talks, and took turns being first In fielding questions from the audience. The debate, very informational and sometimes emotional, bolled down to the classic arguments over the issue. Mote maintained that a woman has the right to choose ; and that realistically abortions will ha~ pen, so they should be legal in order to be safe. Uhlenkott argued that a woman's right to choose should not result in the death of another human being. The argument came down to whether or not an unborn baby is a person or not. ' Majority support choice' Mote spoke first, stressing that the majority of Americans support a woman's right to choose. Every poll bas shown this, she claimed , and most major churches (including most large Protestant churches) support a woman's right to choose. However, with the Reagan administration, this right to choose is being threatened, she said. "The issue Is whether or not a small group of people can hold Its views over an entire nation," she said about the right-to-lifers, who are fighting the 1973 U.S Supreme

Kerry Uhlenkott - 'The right to life' Court decision legalizing abor· tion. The "minority" pro-life movement resulted the 1976 Congress cutting 99 percent of the funds for abortions for poor people (through government-funded programs), Mote said. Federal funds now only are used in case of rape or if the mother's life ls in danger. Nine states (including Washington, but not Idaho) still fund abortion. So in 41 states the cost Is too high for poor women to have abortions, she added. Government and most company insurance will not cover abort.Ions. And

the movement is growing for a Constitutional Amendment to outlaw abortion. "Instead of a safe aborUcm, women will head for an lllepl abortion without seeing a doctor," Mote stressed. "'lbat fertlllzed egg has more rights than you do! Abortion has changed from personal to political. We're witnessIng a government that wants to crawl right into bed with you! " It would be a women's death amendment. Pregnant woman are persons. We believe in thelr rlpt to life! Abortions would be clalllfied as murder, as in Nazi Germany."

Kristine Mote - 'The right to 'Fetuses are people!' Ironically, Uhlenkott said that making abortions legal has opened a Pandora's box, with the increasingly lax regulations possibly making possible infanticide and genocide as it was in Nazi Germany. She presented the Indiana case of the judge who gave parents the right to choose death for their son born with Downs Syndrome. " Is it right? ls it ethical? Six days before birth or six days after... What's the difference? We are coming to accept infanticide. What's next? The senile? 'l'ne

a needle is pushed through the mother and into the fetus's hand, he retra cts it violently," Uhlenkott said. "We are dealing with a human being, small but living." One of Uhlenkott's strongest points was that the founder of NARAL (Mote's pro-abortion group) bas turned pro-life, and he said, "I am deeply troubled by my own uncertainty and that I have presided over 80,000 deaths.'' ''The Supreme Court Ignored the question of when life begins In its 1973 decision,'' Uhlenkott said. "The pro-abortion groups say a fetus is not a person to be protected by law. But abortion ls an immoral judgment based on opln路 ion, not fact." In defending the government cut of abortion funding, Uhlenkott said most abortions are done for white, middle class women. "Most abortions are for social and economic reasons. Some are done because the baby will be the wrong sex. Life can't be thrown away like an old dish," she argued. "Amendments were passed to end slavery, so we need an amendment to end abortion." After the debate, questions were fielded by the audience, which as a group seemed to be very divided on the issue. Interestingly, five of the eight questions were asked by men. -Press Photo By BOB HOOVER Key arguments for both sides choose' surfaced with the questions. In路 eluded were: handicapped?" Mote: " All studies show abor路 tion bas no detrimental effect on Uhlenkott said the number of abortions dramatically has in路 the women, medically or physically. " (Uhlenkott disagreed). creased since the 1973 ruling, with Uhlenkott: "A six-week-old 1.5 million abortions done a year (or 4,100 dally). Abortion is the fetus has brain waves. H death ls most common elective surgery. said to be the absence of brain waves; life can be the presence of " Abortion is a crime against brain function. " (Mote mainhumanity," she claimed. " In tained that brain waves don't abortion two human beings are start until a fetus is 28 weeks involved. along). The arguments of the debate " A three-week-old fetus has with Mote and Uhlenkott will be heartbeats ; at six weeks it has featured in the "Public Forum" brain waves ; at 12 weeks all its TV show 12:30 p.m. Sunday, Dec. organs function. 19, OD KSPS TV, Channel 7, " A fetus definitely feels pain. If Spokane. 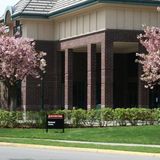