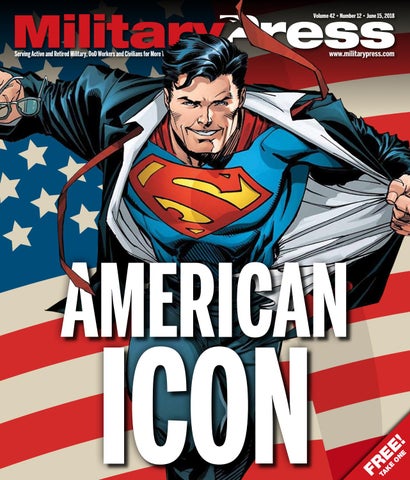 SOCIAL SECURITY BENEFITS For Over 35 Years!

You Could Be Eligible To Receive:

Call Now For A FREE Evaluation

Across our nation, our colleges have just graduated their latest crop of kids who will now move into the next chapter of their lives. As they say goodbye to the colleges they have come to know as home for the last few years, they are handed the parchment they have worked so hard for and are now young professional adults. Some will stay on for graduate work. But the vast majority are now Americaâ&amp;#x20AC;&amp;#x2122;s newest best and brightest. I was invited by an old friend to attend the graduation of his son at San Diego State University, one of the many ceremonies held on Aztec Mesa over that week in May. As the students came off the stage clutching their cherished degrees, hugs and tears were exchanged with promises to stay in touch. In reality, this group will scatter off to new beginnings and adventures. One young lady with a degree in aviation engineering bubbled with excitement about her new job at JPL in Palmdale, where she will work on the next generation of space exploration vehicles. Another young man, whose degree was in microbiology, will remain at home here and a take a position with a biotech firm in Torrey Pines. There are thousands of stories of these hopes and dreams launched on these graduating days. How many of you remember as a child of 4 or 5 wanting to be a police man or fireman, then a few years later maybe wanting to be an astronaut, then â&amp;#x20AC;&amp;#x201D; as you worked through to the higher grades and learned more about what might be out there â&amp;#x20AC;&amp;#x201D; an actor, musician, architect, doctor or lawyer? For many, these hopes and dreams come with a high price still yet to be paid. Soon, the notes on the student loans that financed many of their educations will come due. Itâ&amp;#x20AC;&amp;#x2122;s shameful that we nurture from childhood onward a DIPLOMAS, continued on Page 6

eo appearances by some famous figures including President John F. Kennedy. Readers are treated to comics that explore the origins of Supergirl, Brainiac, the Fortress of Solitude as well as a previously unpublished 1940s Superman tale believed to be written by Jerry Siegel with art by the Joe Shuster studio, salvaged 50 years ago and hidden away. Along with this book, people can also purchase the 1000th edition, making Superman the first comic book to reach that highlight. Below is an interview with Larry Tye, who wrote the essay in the book â&amp;#x20AC;&amp;#x153;Endurance.â&amp;#x20AC;? He is a journalist and author of many biographies including Bobby Kennedy, Satchel Paige and the Man of Steel, titled â&amp;#x20AC;&amp;#x153;The High-Flying History of Americaâ&amp;#x20AC;&amp;#x2122;s Most Enduring Hero.â&amp;#x20AC;? Elise Cooper: How has Superman changed over the years regarding his appearance and the enemies he has faced, which includes politicians? Larry Tye: Superman has evolved more than the fruit fly. In the 1930s he was just

MAN OF STEEL, continued on Page 8

the crime fighter we needed to take on Al Capone and the robber barons. In the â&amp;#x20AC;&amp;#x2122;40s, he defended the home front while brave GIs battled overseas. Early in the Cold War, he stood up taller than ever for his adopted country, while in its waning days he tried singlehandedly to eliminate nuclear stockpiles. For each era, he zeroed in on the threats that scared us most, using powers that grew or diminished depending on the need. So did his spectacles, hairstyle â&amp;#x20AC;&amp;#x201D; even his job title. Each generation had the Superman it needed and deserved. Each change offered a Rorschach test of the pulse of that time and its dreams. Superman, always a beacon of light, was a work in progress. EC: What influences has Superman been on comics, movies and TV shows? LT: Over the years comics have been transformed â&amp;#x20AC;&amp;#x201D; from childhood entertainment to art form to mythology â&amp;#x20AC;&amp;#x201D; and Su-

something Helms is used to doing because he does it so damn well. Johnson as Chili may have started out with a few goals but finds himself pretty much back to lifeâ&amp;#x20AC;&amp;#x2122;s square one. As much as he fights getting into the game, it doesnâ&amp;#x20AC;&amp;#x2122;t take much to become all in. Hamm as Callahan wants to go for the gold where Jerry is concerned, and looks good in a suit while doing it. Buress as Sable is easy going and the quiet undercomic relief. His sassy comes in smaller waves, but is hilarious just the same. Renner as Jerry is the obvious ninja in the group, having perfected his moves and

ability to remain untouched after 30 years. Looking sharp and having all the right connections, Rennerâ&amp;#x20AC;&amp;#x2122;s character is sharp and prepared for anything. Fisher as Anna can be hostile, explosive and charming all in 2.5 seconds and I loved it. Supporting her man she wants in the game so badly but a rule created in the initial tag agreement doesnâ&amp;#x20AC;&amp;#x2122;t include girls. Thatâ&amp;#x20AC;&amp;#x2122;s not going to stop her from trying! Bibb as Susan smiles her way into the group wanting a beautiful wedding without boyish tricks. Jones as Cheryl is a diversion sent in by Jerry with a history that plays to his advantage.

may receive some course credits

The first NASCAR race is held in North Carolina.

t Glenn Dunaway wins the inaugural NASCAR race at Charlotte Speedway, a 3/4 mile oval in Charlotte, North Carolina, on June 19 but is disqualified due to illegal springs. Jim Roper is declared the official winner. t The first television western, â&amp;#x20AC;&amp;#x153;Hopalong Cassidy,â&amp;#x20AC;? airs June 24 on NBC. t The National Military Establishment (formerly the Department of War) is renamed the Department of Defense on Aug. 10. t The Office of Chairman of the Joint Chiefs of Staff is created Aug. 16.

NAVAL BASE VENTURA COUNTY â&amp;#x20AC;&amp;#x201C; POINT MUGU â&amp;#x20AC;&amp;#x201D; U.S. Army 1st Lt. Justine Emge of the Missouri National Guard and U.S. Marine Corps Capt. Mollie Hebda of Camp Pendleton bike around a curve during the bike portion of the 2018 Armed Forces Triathlon Championship on June 9. During the triathlon, service members competed both individually and as a team to Olympic distances of a 1,500-meter (approximately 1-mile) open-water swim, followed by a 40-kilometer (24.8-mile) bike ride, and finishing with a 10-kilometer (6.2-mile) run. Additionally, teams competed for points and spots on the U.S. Armed Forces Team that will compete at the Conseil International du Sport Militaire World Military Triathlon Championship in Lidkoping, Sweden from June 15 to 18. | U.S. Navy photo by Mass Communication Specialist Seaman Dan Willey

choice of career path that then burdens us with crushing debt upon graduation. And every couple of years, it becomes more and more expensive to obtain that education to achieve that dream career. The Obama administration took the student loan programs out of the hands of banks and placed them under the control of the federal government. The banks would compete for these loans and offer rates as low as 4 percent with the interest not started until after graduation and payments spread out at least 10 years. Todayâ&amp;#x20AC;&amp;#x2122;s student loans offered solely by the government are 10 percent and can take as long as 30 years to repay. A doctor friend of mine explained it to me like this: â&amp;#x20AC;&amp;#x153;When I graduated, I had almost $400,000 in student loans to repay â&amp;#x20AC;&amp;#x201D; like graduating and having a mortgage payment to make on a house every month.â&amp;#x20AC;? Today, most students repay many times over what was borrowed due to this high interest rate. If the government wants to run this program, then they should make it easier for our students to get financed for the education they need to enter the workforce without being crushed with debt upon arrival. This can be done several ways. Student loans should have an interest rate tied to the same as the U.S. treasury bonds the government issues to finance our nationâ&amp;#x20AC;&amp;#x2122;s debt. Currently, a 10-year U.S. Treasury bond yields 2.33 percent annually. Why should our young adults pay more than four times in interest what the government pays to borrow that same money? Many of our grads will choose one of our military branches after graduating, enlisting for six years or more. Their debt should all be forgiven upon completion of duty. If America wants to have the best and the brightest, then we must make it more affordable and easier for our families to get it. My father told me when I was young: â&amp;#x20AC;&amp;#x153;An education is the only thing you can get for yourself, but you have to earn it.â&amp;#x20AC;? I believe our youth should get the very best education possible without getting robbed of their livelihoods after getting it.

UMUC NAMED NO. 1 BY MILITARY TIMES FOR 2018. University of Maryland University College has been proudly educating servicemembers since 1947. Serving the military is in our DNA, which is why we have been named No. 1 in the Military Times Best: Colleges 2018 list! UMUC offers // GHJUHHV VSHFLDOL]DWLRQV DQG FHUWLĚ§ FDWHV OCP[ KP KP FGOCPF Ć&amp;#x2019; GNFU UWEJ CU DWUKPGUU E[DGTUGEWTKV[ +6 homeland security, healthcare and more // The credibility of a respected public state university with a worldwide reputation for excellence // Online courses, hybrid classes and 140+ locations throughout the world, including at military installations // Resources for veterans, including the Vessey Veterans Resource Center, VetSuccess on Campus, dedicated advisors, a mentor program, Career Services and more

Prospective students who attend our UMUC for Military webinar on June 27 and apply within 30 days after attending will be eligible to have the $50 application fee waived.* Source: Military Times Best: Colleges 2018 annual survey of online and nontraditional colleges and universities. *The $100 application fee for the Doctor of Management program cannot be waived.

+ Serving Those Who Serve + Your home sold

david@principalequitygroup.com A+ Rating with the BBB

Are you in the market for a new or used vehicle? Give me a call!

Reach the San Diego military community with a classified ad in the MilitaryPress!

Social Security Disability? Up to $2,671/mo. (Based on paid-in amount.) FREE evaluation!

Distributed on the 1st and 15th of each month. Available aboard all San Diego County military bases, onboard in-port ships, at participating Albertsons, Ralphs and CVS Pharmacies. For more locations, visit www.militarypress.com/distribution.

7KDQN \RX for your service 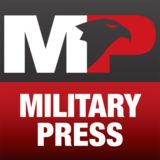