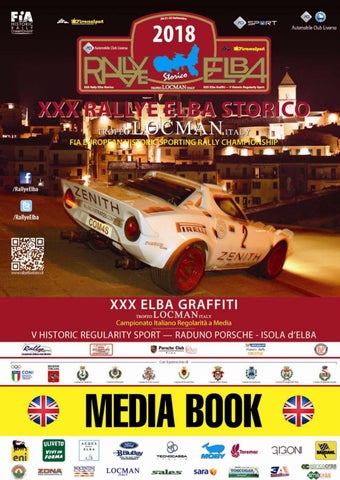 Electricity : The electric current for use in homes and hotels is 220 volts (50 Hz) and the plugs used are two round pins. Telephone : Public telephones are no more so common in Italy but all of them will allow international calls. There are some telephone booths which accept coins and others which operate with telephone cards. It is possible to buy Telecom telephone cards in the hotels. Some telephones will also accept international credit cards. Business Hours : Business hours of the main Companies and public offices are as follows: Banks: 08:00 - 15:00 (Monday to Friday) Post Offices: 8:30 -13:30 (Monday to Friday) - Saturday: 8:00 - 12:00 Shops: 9:00 - 19:30/20:00 (Saturday included) Administrative Offices: 9:00 - 13:00 (Monday to Friday)

Geographical data In the northwest Italy borders to France (488 km), in the north to Switzerland (740 km) and Austria (430 km) and in the northeast to Slovenia (232 km). It also contains two other (very small) countries: Vatican City and San Marino. The distance between north to south is about 1200 kilometers. From east to west the distance is never more than 170 and never less than 54 kilometers (except in the north). Population Italy has almost 57 million inhabitants. The areas around the big cities have the largest population density. About 18% of the population lives in one of the cities with 350,000 inhabitants or more. Languages Italian is the official language but in the provence Bolzano (southern Tirol) a lot of people speak German (about 200,000 people), in some of the valleys of Piemonte and Valle d&#39;Aosta people speak French (about 100,000 people); in the valleys of the Dolomites and the region Friuli-Venezia Giulia some speak Raetoroman. In the provence of Basilicata, southern Italy, a part of the population even speaks Albanese. Look at www.eurolang.net to learn more about the languages and dialects spoken in Italy. History Since earliest times the history of Italy has been influenced by cultural and political divisions resulting from the peninsula&#39;s disparate geography and by circumstances that made Italy the scene of many of Europe&#39;s most important struggles for power. Most people will have learned a bit about the Roman empire at school. We have decided not to write a detailed historypage anymore, since we would have to cite other sources that are often on the internet already. Climate Italy has a predominantly Mediterranean climate; Alpine in far north; hot, dry in south. In summertime the average temperatures in the lowlands are 28Â°C in the south and 22Â°C in the north. The winter is very cold in the Alps, cold and foggy in the Po Plain and the central Apennines; mild and even warm on the Ligurian coast, the Neapolitan coast and in Sicilia. Flora and fauna In Alpine regions, fauna includes marmots, ibex and chamois, sometimes even brown bears, lynx, ermines and blue hares. Mountainous regions are abundant in vultures, buzzards, falcons and kites. Reptile species that are common in Italy comprise numerous lizards and snakes, even poisonous vipers, some areas show populations of scorpions. In the past, most of Italy was covered by trees, however, intense deforestation during centuries gone-by led to a significant reduction in woodland.

ROLL OF HONOUR of the race

SECTION All the parts of a rally between: - The start and the first regrouping halt. - Two successive regrouping halts. - The last regrouping halt and the finish of the leg or the rally. LEG Each part of the rally, separated by a fixed minimum stopping time. NEUTRALISATION Time during which the crews are stopped by the Organisers for whatever reason. REGROUPING A stop scheduled by the Organisers under parc fermĂŠ conditions that has a Time Control at the entrance and exit to enable the schedule to be followed on the one hand, and on the other, to regroup the cars still in the rally. The stopping time may vary from crew to crew. PARC FERMĂ&amp;#x2030; Area in which no repairs or outside assistance is possible, except in the cases expressly provided for by the International Championship regulations and by the supplementary regulations of the rally. BULLETIN Official written communication, which is an integral part of the supplementary regulations of the rally and intended to modify, clarify or complete the latter. The bulletins must be numbered and dated. The entrants (or crew members) must confirm receipt thereof by signature. The bulletins are issued: - By the Organisers, up to the commencement of scrutineering. They will be submitted for the approval of the FIA, except with regard to modifications to the itinerary or to the reconnaissance programme. - By the stewards of the meeting (the Stewards) throughout the competition except with regard to modifications to the itinerary for which bulletins may be issued by the clerk of the course. TIME CARD Card intended for the stamps and entry of times recorded at the different control points scheduled on the itinerary. SPECIAL STAGE Timed speed tests on roads closed for the rally.