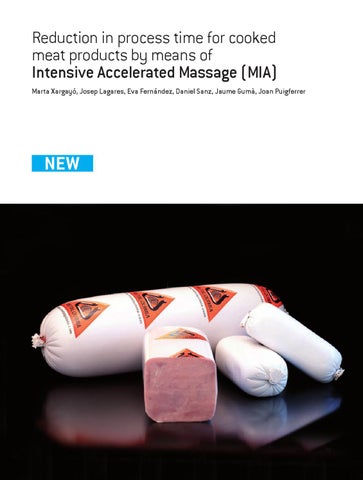 Process times in the meat industry have gradually been reduced over the past few decades, especially meat maturation times. In the case of cooked ham, cold cuts, and similar products made with ground meat and/or emulsions, the massage stage has evolved from long periods of up to several days to short processes of a few hours. Even so, further time reductions are still sought after in order to obtain greater cost reduction and increased production flow linearity. Moreover, the current situation of economic crisis in many countries has forced processors to reduce costs both in raw material and processes. This has given rise to the appearance of a series of new high, and very high-yield products whose process must be as economical and reduced as possible. This article examines the possible reduction in process and maturation time for a shoulder cold cut produced by means of the Intensive Accelerated Massage (IAM) provided by the new TURBOMEAT® process, in comparison with the Intensive Conventional Massage (ICM) of a standard massaging reactor (Mod. THERMOMAT manufactured by Metalquimia, Girona – Spain). The analysis and study conducted on the end product obtained with the two systems demonstrates the capacity of Intensive Accelerated Massage technology (IAM) to obtain a product equivalent to that produced by conventional ICM massage, with a reduction of up to 50% in the total process time. INTRODUCTION In recent years, the global meat industry has looked for ways to accelerate manufacturing processes for cooked meat products in order to significantly reduce production and operation costs, as well as to achieve more linear process flows. In the specific case of cooked ham and cold cuts, recent years have seen the shortening of meat maturation processes, both in fresh meat as well as in the product cured before cooking, and in the latter case this step has sometimes even been eliminated completely. 96

In addition to these changes, there has been an increase in the incidence of PSE in the end product (mainly due to the expansion of sliced products and the negative impact this defect has on slicing yield), requiring more aggressive tenderization and even dual tenderization (Xargayó and Lagares, 2007), as well as a considerable lengthening of massage times. Another important factor to keep in mind has been the change in consumer trends arising from the current economic crisis and the diminished purchasing power of the middle class, prompting consumer preferences to move toward more low-cost products. Some manufacturers of meat processing equipment have responded to these trend changes by adapting mixers or blenders to the production processes for cooked ham and cold cuts, which provides for achieving a significant reduction in massaging times. But, while this equipment has traditionally been used to manufacture very high-yield ground products, with large amounts of starch and solids, it has not been widely used in wholemuscle and/or lower yield products, due to the stringy appearance and the amount of intramuscular paste that gives the end product an unattractive appearance. TURBOMEAT® Process The new TURBOMEAT® process has recently emerged as a solution for reducing massage times. The system is equipped with a drum of high mechanical efficiency capable of high-speed rotation, providing for the production of ham and all types of high-yield, and very high yield products with much shorter massage times. The new technology also allows for reducing or even eliminating the resting time prior to cooking (depending on the product). All this is provided without having to compromise the product’s whole-muscle appearance, or having to give up the versatility offered by a conventional massaging reactor that operates at much lower speeds. In order to understand the effect produced by the TURBOMEAT® process on the meat, and the differences between this new system, a low-speed massage

system and a blender-type mixing system, simulation of the effects produced by said technologies on injected meat was carried out with the help of a CFD (Computational Fluid DynaICMs) simulation program. Figures 1 and 2 show the movement of the meat inside the two above-mentioned massaging reactors. Following the trajectory of the lines in Fig 2 (corresponding to the reactor with TURBOMEAT® effect) more internal turbulence and greater impact of the meat can be observed, as compared to Fig 1 (conventional massaging reactor) due to a greater speed. This increased impact is what provides for reducing the total massaging time of the process. However, when Fig 1 and 2 are compared with Fig 3, corresponding to the flow of meat inside a blender-type mixer, one can observe, in the latter, two concentric turbulences that generate an enormous friction between them and against the walls. This factor is the principal cause of a great amount of paste or emulsion being produced, which gives the end product a stringy look and diminishes the intermuscular binding. These images simulating the effects of each machine anticipate the results subsequently obtained when tests were carried out with meat, described below. Test conducted A series of comparative tests were conducted with the new TURBOMEAT® reactor (Figure 4) and a conventional massaging reactor (Mod. THERMOMAT manufactured by Metalquimia, Girona – Spain) in which a shoulder cold cut was produced with 120% injection (220% yield). The meat used was fresh whole pork

▲ Fig 4: Turbomeat Reactor in rotation. shoulder with 5D trimmed and 36 hours maturation after slaughter. The shoulders were divided into two separate batches of approximately similar weight for subsequent processing. The meat was injected with a hydraulic spray injector (Mod. MOVISTICK 3000D manufactured by Metalquimia, Girona - Spain) up to a final percentage of 120%. The brine used was made up of vegetable proteins, starch and hydrocolloids, as well as salt, phosphates, antioxidants, preservatives and other ingredients typical of any brine. The percentage of water in the brine was 76%. After injection, the injected shoulders were tenderized with a tenderizer equipped with a twin set of roller blades (Mod.TWIN FILOGRIND 360 manufactured by Metalquimia, Girona - Spain), to obtain greater opening of the muscle fibers

and thereby increase the mechanical effect of massage, maximize brine absorption and accelerate the generation of color (Xargayó, 2007). The separation between the two sets of rollers was set at – 5 mm.

paste between muscles, the cured color (degree and homogeneity) and consistency of the slices.

After injection and tenderization of each batch, the meat underwent massage, configuring the design of the different tests in accordance with Table 1:

After cutting the pieces from the various tests, the slices were evaluated by a panel of tasters familiar with this type of product. A 5-point scale was used (with 5

▲ Table 1: Experimental design of massage processes. After completion of the massages for each batch, the meat was stuffed in an automatic whole-muscle stuffer equipped with twin volumetric piston (Mod. TWINVAC PLUS HP9 manufactured by Metalquimia, Girona Spain). Pieces of approximately 10 Kg were stuffed, with constant vacuum in the stuffer’s hopper. Plastic film of 108 mm in diameter (type V10, Vector brand) was used with an automatic clipper, model ICA 8700 manufactured by Polyclip System GmbH (Germany). Then the pieces were put in molds measuring 100x100x1000 mm and half of the pieces were cooked immediately in a water boiler, while the other half were cooked the following day (approximately 16 hours of maturation), so that the effect of the type of process on the product’s required maturation before cooking could also be observed. The external temperature was maintained at a constant 72ºC during the entire cooking process, and the pieces were removed when a temperature of 68ºC was reached in their center. The pieces were then cooled through immersion in water at a temperature of 15º during 30 minutes to stop the cooking process and then left in a chill room at 2ºC for 12 hours. After cooking and chilling, a comparative analysis was conducted, for each batch, on the size of the muscle pieces upon slicing, the quantity of 98

being the best and 1 the worst) for each parameter analyzed. It was demonstrated that tests A1 and A2 presented a better appearance of whole muscle, although with a quantity of intermuscular paste similar to that in tests B1 and B2. In regard to color, A2 and B2 were very similar to each other (due to longer maturation) and better than the rest, while B1 had slightly better color than A1. Finally, B2 had the best consistency, while A2 and B1 had very similar consistency that was better than A1.

▲ Graphic 1: Sensory evaluation of the various tests. Cohesion of the slices was also objectively evaluated by means of a Tension Test. All measurements were carried out with the use of a Texture Analyser TA.TX2 (Stable Micro System Ltd) with load cells of 25 Kg. Analysis of the strength-time curve leads to the extraction of the maximum strength (Kg f), that is the tensile strength of the material. Five replicas were performed for each batch. It was shown that, in regard to cohesion, A2 and B2 had a slightly better result than A1 and B1, respectively, due to greater protein extraction during the maturation process, although compensation for this factor can certainly be achieved with greater mechanical effect (Wieczorek y Jakubiec-Puka, 1997).

▲ Table 2: Slice cohesion analysis (Tension test). CONCLUSIONS Based on the results obtained, it can be said that the Intensive Accelerated Massage process (IAM) performed by the TURBOMEAT® massaging reactor produces similar results, as regards consistency

and binding, to those obtained with the conventional THERMOMAT massaging reactor, despite the 50% reduction in total massage time. A slight loss of muscle definition is observed, due to more breakage of the pieces during massage, although the amount of intermuscular paste is not significantly greater. Moreover, in products processed without maturation it was observed that the increased intensity of massage performed by the TURBOMEAT® system can slightly improve the homogeneity of color in the slice, while the degree of coloration is similar to that obtained with the conventional THERMOMAT massaging reactor. Taking the above data into consideration leads to the conclusion that the application of TURBOMEAT® technology in processes of short duration, with reduced maturation times, and above all destined for manufacture of cooked meat products of medium, high, and very high yield, can significantly increase productivity while maintaining an integral wholemuscle appearance in the cut, highly valued by the consumer. It can therefore be concluded that TURBOMEAT® technology allows for accelerating the massage and maturation process of cooked meat products with processing times similar to those of a conventional blender-type mixer, without having to renounce the versatility and the technological and organoleptic advantages of a conventional massaging reactor. 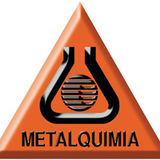