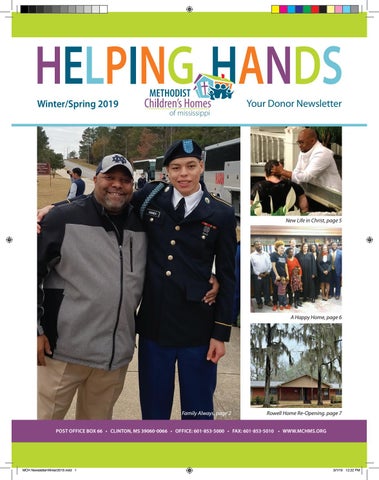 At my U.S. Army Basic Combat Training Graduation, I remember looking over and seeing almost my entire family there cheering me on. They were proud and made a lot of noise in support of my decision and accomplishment.

When Lashawn came to Methodist Children’s Homes five months ago, his plan was to run away on his 18th birthday. This past Friday, Lashawn turned 18 and said, “Now that I’m here I don’t want to leave. This place feels home. I have aunties and a granddad and mommas. Its like a family here”.

Recently, I had the opportunity to do the same thing for one of MCH’s own- Kristopher. After living in our Seal Boy’s Home for two years, Kristopher decided to enlist into the army. After Kristopher’s arrival at basic training, he was able to write one letter home and I was honored when he wrote the letter to MCH.

For his birthday, he was able to go on a weekend pass to visit his family in Winona. He spent his birthday with his sister, niece, friends and a new girlfriend. At the age of 15, Lashawn’s mom passed away. She was always his sole caregiver. “I know my dad, but I don’t talk to him. It’s not a bad thing though. At the end of the day, he’s still my dad, but I don’t really care for him. I just miss my mom.”

When myself and other MCH staff members arrived at the graduation ceremony in Ft. Benning, GA, we were the only “family” there for Kristopher. Likewise, we were proud and made sure that he heard us in the audience.

After she passed, he spent about a year running from Child Protective Services (CPS) and staying with his sister and family friends. Once his sister had a baby, he knew she couldn’t take care of him any longer. He decided to turn himself in to CPS when he was 16. Since he had been “on the run”, he was put in Juvenile Detention.

After the graduation ceremony, Kristopher seemed upset. When I asked him what was wrong he said, “I don’t know where I’ll go when we all have leave. All the other soldiers will go home, but I don’t know where I’ll go. When he said this, I was blown away. This solider, who has been trained to fight and kill, is worried about home, about family. I told him, he would come home to Mississippi - to MCH. It seemed he just needed to hear and be reassured that we will always have a place for him.” When we talk about “family always”, I think of a home base. It is where you get your strength and energy. Imagine a kid who didn’t have that. So, for Kris to be able to get his strength from MCH reminds me why it’s so important to do what we do. “Let us not become weary in doing good, for at the proper time we will reap a harvest if we do not give up.” — Galatians 6:9

Seeing Kristopher prosper and do well is like reaping a harvest. Growing up on a farm, I know the harvest comes only after lots of hard work. Each staff, volunteer, and donor has been slowly and consistently planting seeds in Kristopher’s life through giving their talent, time and resources.

Thank you for not giving up in “doing good”. Thank you for walking alongside me as we plant seeds of hope and healing in each child’s life. Your love and support means more than you know! Only by Grace,

Prayer of a Youth Pray for my relationship, my grades, and that I get to go home to my mom and my sister

He was released shortly after and spent time in several different facilities before coming to MCH. “I started off kind of bad here, but I’m doing better now.” When asked, Lashawn wasn’t very interested in sports or video games. If he could choose one way to spend his time it would be, “with my family and on the phone with my girl” he said. Lashawn plans to stay at MCH for as long as he can. He is currently working on completing his GED. When not studying, he is working at a restaurant to save up money. When the time comes, he hopes to move in with his sister. You are the reason Lashawn has an MCH family! Because of you, Lashawan didn’t run away on his 18th birthday but instead is following a path to success.

If your church can’t attend on the date specified for your district, feel free to attend another Day of Hope.

We are excited to announce the new name of our Community Mental Health Clinic will be Magnolia Youth Services! This rebranding is an effort to reach more young people who are in need of therapeutic services. Magnolia Youth Services, or MY services, uses the Wraparound model of care to provide individual, family and group therapy, case management, and day treatment. Magnolia Youth Services offers help to anyone from ages 3-21. Our MY Services program not only helps youth in Child Protective Services custody but also any young person in need of therapeutic services. If you know of a youth, needing support please refer them, or their parents, to contact admissions@mchms.org or call 601.853.5000.

Magnolia Youth Services Success In our Winter 2017 newsletter, Demario was featured in the Youth Spotlight. When we last spoke to Demario, he was a junior in high school and had a car washing business. Since then, he continued to live in the Seal boys home until he graduated high school. Upon leaving our Residential Program, he became a client of our Magnolia Youth Services program. Through this program, we are still able to offer therapeutic, case management and other services to help him transition into being a successful adult. We are so proud of him! He is working at MS State Hospital as a Mental Health Technician and has a job at Kroger. He has his own apartment and a cat. He also has two cars! Way to go, Demario! Because of your consistent prayers, giving, and support, Demario is finding success in his adult life. Thank you!

God’s mighty acts of salvation through water are celebrated – Creation, Flood, Exodus, and the greatest of all, the coming of Jesus Christ. On Wednesday, February 13th, 2019, we rejoiced as three young ladies from Waits affirmed their faith through the waters of baptism. When God saw His people as slaves in Egypt, He led them to freedom through the sea. These young ladies have joined the multitude of believers who demonstrate God’s love as He claims us to be His own people. It is an outward sign of what God is doing inwardly. They proclaim to no longer be slaves to sin, their chains are broken, and they accept FREEDOM IN CHRIST JESUS! Let US make a commitment to nurture these ladies in Christ’s Holy Church, that by our teaching and leading by example, they may be guided to accept God’s grace daily as they mature in Christ. —Campus Life Minister, Mike Williams

Have you ever thought about becoming a foster parent? We are always looking for servant-hearted individuals to stand in the gap for young people needing a home. Methodist Children’s Homes will walk with you every step of the way, and give you weekly support once a child is placed with you.

After attending an introductory class she saw so many kids, “needed someone just to hold them, to love them, to give them something they were missing out on.” She went on to say, “It tugged my heart. I couldn’t resist.” Over the many years, she has fostered teenagers, younger children, and babies. During this time she learned many lessons about children in foster care. “Some people get the idea that foster kids are bad kids- this child may be the best child. You can’t just put a label on a child,” she explained. A few years after she began fostering, she received a call about a baby who was in the hospital. He was a newborn named Kayson. After agreeing to foster him, she started going up to the hospital, sometimes twice a day, to see him, to hold him. At that point she wasn’t sure what was going to happen with his biological family and didn’t want to get her hopes up of adopting him.

Kayson was released from the hospital a month later and came home with Bernice. Through the following year, it was a long journey of not knowing what Kayson’s future would be. On December 15th of 2016 Bernice adopted Kayson! “It was the happiest day of my life. I was just too excited!” Kayson is now four and is doing well. He has been underweight for his age group, but Bernice continues to pray and have faith that it will all work out for him as it should be. Even after adopting Kayson, Bernice continues to foster. “God led them to me, and I enjoy it. I love the kids, and I have been able to be there for so many that needed me over the years.” Because of you, Bernice has been able to help many children when they needed her. Thanks to your support, Kayson has a permanent home. You are changing the course of a child’s life for the better.

Ms. Turner (center in red) and Kayson (young boy to the left) stand surrounded by all the people who helped to make this adoption possible: MCH case managers, state social workers, lawyers, the judge, and her family.

Ms. Bernice Turner has been a foster parent for over six years. She first remembers hearing about fostering through Methodist Children’s Homes on a tv commercial. Once she saw the number across the screen, she just couldn’t get the idea out of her head.

Rowell Home Re-Opening During the month of April, Methodist Children’s Homes will be opening an additional residential home! We will be re-opening our Rowell Home. After several burst pipes due to freezing weather, the home was closed, and the boys residing there moved into the Seal home. The home has since been repaired and renovated to, once again, serve youth. Once open, MCH will be serving five more male youth who are in Child Protective Services custody. The Rowell home will specifically serve young men who have increased therapeutic needs. Please be praying for the staff and youth in this home as we hope to make this a smooth transition.

Thank you for all your support, which allows us to bring hope and healing to more youth!

If you would like to help supply items for Rowell please email mchms@mchms.org.

Honor/Memorial In Honor of

After these specific needs are met, your gift will go directly to meeting the ongoing needs of our children. Every dollar helps bring hope back to a child’s life. We are grateful for your support.

❏ Protector $50.00 a month ($1.64 a day) Meet the vital needs on our campus and provide for household expenses and upkeep of one of our homes. ❏ Hero $100.00 a month ($3.28 a day) Aid in breaking the generational cycle of abuse by giving a child a safe and secure home at Methodist Children’s Homes. ❏ Friend ________Other Amount Customize your monthly gift. See attached envelope to provide payment details. Please complete this form and send back to Methodist Children’s Homes along with your payment details. 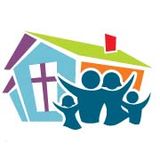