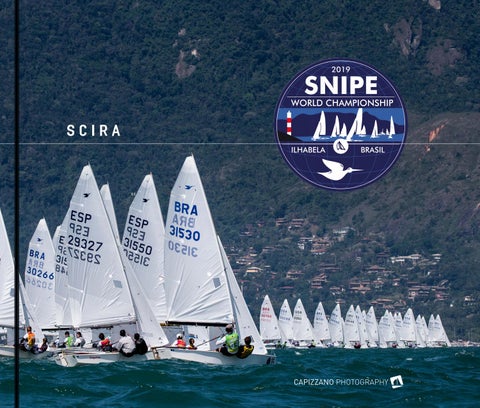 In October 2019, Brazil hosted the 49th Snipe Worlds Championship. It was the fifth time the Worlds were held in Brazil, and the first time they took place on the beautiful island of Ilhabela. It was my great honor to be the National Secretary during such a high-level event. At this championship, the Bibi Juetz Perpetual Trophy was awarded to the top placed mixed crew, Mateus Tavares and Kathleen Tocke, a novelty that highlighted the importance of women in the Snipe class. Sponsored by the City Hall of Ilhabela, 140 sailors from 11 different countries were received in the best Brazilian style. Ilhabela’s host fleet 455 was extremely excited to have sailors from all over the world taking part of this top-notch event. On the technical side, our Regatta Organizing Committee, led by IRO Cuca Sodré, guaranteed nine highly technical races in both light and heavy winds, using two different racecourses, thus testing the abilities of all competitors during the five days of the regatta. A proof of this were the daily changes at the top of the leaderboard, and the championship battle going down to the wire with four different teams in contention for the title on the final day, and the winners claiming victory by a single point! The Event Organizing Team, led by world-class sailors Bruno Prada and Fabio Bodra, prepared every detail to host sailors from all over the world with the unique Brazilian joy, fantastic barbecues, and our colorful parties. Everything was planned so that the international Snipe sailors could feel welcome both on the racecourse as well as on the sites of Ilhabela, with its unique “Villa”, incredible atmosphere, quaint restaurants and exuberant nature. In summary: with beautiful nature, fair weather and good breeze on the water, and lots of music, food and fun on shore, combined with the no frills yet pure Brazilian style and hospitality, the 49th Snipe Worlds will go down in history as a Serious Sailing Serious Fun benchmark. Fair winds to all, Paola Prada Brazilian Snipe National Secretary

SNIPE WORLDS 2020 This book of photos is a great souvenir of Ihabela, Brazil. Matias Capizzano was able to capture the true spirit of this regatta: not only the competition with the crowded starts where every centimeter counts, exciting mark roundings, splashes and salt water during breathtaking reaches, stress on the hiking straps during the long upwind legs, but also the luxuriant nature of the splendid island of Ilhabela. Shoreside conversations and camaraderie between sailors, smiles and laughter, the preparation of the boats, the tension and concentration before the races, the measurement process, the parties, and the joy of the winners. A Snipe World Championship is a kaleidoscope of emotions, leafing through this book, make us re-live with photos the emotions that we experienced during that week in October in Ilhabela. Thanks to Paola and Bruno Prada, the brother-sister duo who organized the event and to all the volunteers who made this event memorable. Enjoy viewing as a remembrance of the 2019 Snipe Worlds! Pietro Fantoni SCIRA Commodore 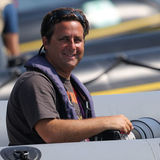