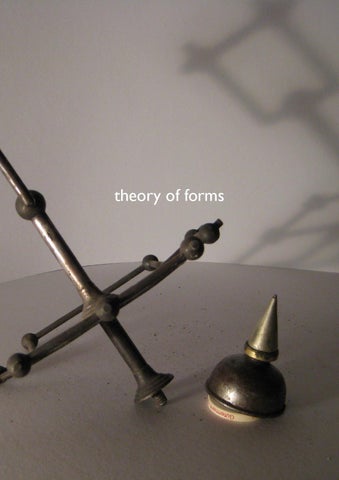 theory of forms Everything on earth, whether an object (such as a brush, a boat or a cave) or an idea (such as chance, peace, or justice), is an imperfect copy of an ideal ‘form’ that exists somewhere else, somewhere beyond our known world. This was Plato’s idea - and is known as the ‘Theory of Forms’. The place where these ideal forms exist is guided by a heavenly force that influences our behavior. The ideal that was most important to Plato was moral goodness. He believed that we should live our lives trying to attain absolute goodness, even if we always fall short, because it is the path to happiness. Plato uses the terms ‘eidos’ (meaning ‘form’) and ‘idea’ (meaning ‘characteristic’) to describe his theory. His idea of ‘form’ can be illustrated by contrasting a material triangle with an ideal triangle. The Platonic form is the ideal triangle - a figure with perfectly drawn lines whose angles add up to 180 degrees. Any form of a triangle that we experience (see, draw, witness) will always be an imperfect representation of the ideal. No matter how precise the measuring and drawing tools, you will never be able to recreate this perfect shape. Even created to a point where our senses cannot perceive any defect or difference, in its essence, the shape will still be imperfect, forever unable to match the ideal. An ideal and it’s representation? An idea and a reality.

Allegory of the cave What is experience? What is a ‘form’? In Plato’s ‘Allegory of the Cave’, he imagines a group of people who have lived chained to the wall of a cave for all of their lives. Unable to move or turn, and facing the back wall of the cave, the people see shadows cast on the wall by things outside the cave, created by the light from a fire that burns behind them. They designate names to these shadows. The shadows are as close as the people get to viewing reality. Later, someone from the group is unchained and leaves the cave to see the world outside.The individual comes to understand that the shadows on the wall do not constitute reality and now ‘knows’ the true ‘form’ of reality rather than a life of mere shadows. Formation of caves ‘Primary caves’ are formed at the same time as the surrounding rock. ‘Solutional caves’ are formed in rock that is soft and soluble, such as limestone, chalk, salt and gypsum. ‘Littoral caves’ are coastal caves and are formed by wave action in zones of weakness in sea cliffs. ‘Corrasional caves’ are those that are formed entirely by erosion, carved by streams carrying stones and rocks. ‘Fracture caves’ are formed when layers of more soluble material, dissolve from between layers of harder material and the rocks fracture and collapse, leaving spaces. ‘Glacier caves’ are formed by melting ice and flowing water within and underneath glaciers. ‘Talus caves’ are formed by the gaps between large boulders that have fallen in a random heap, often at the bases of cliffs. ‘Anchialine caves’ are usually coastal and contain a mixture of freshwater and salt water and often contain highly specialized fauna.

Matthew Richardson, 2014 With thanks to wikipedia. Halfhidden.com 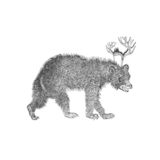