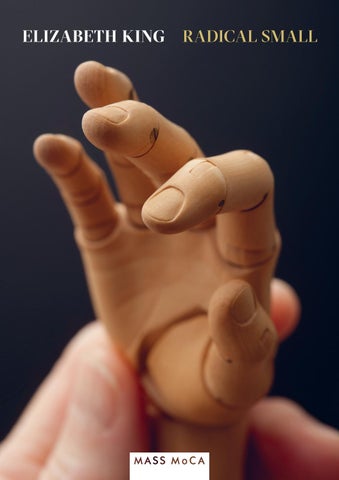 “I think that this actually was the size that instinctively seemed right, the size one really sees things. And in the course of history, perception has been mentally transposed into concept. I can do your head life-size because I know it's life-size. I don’t see directly anymore, I see you through my knowledge.” —Alberto Giacometti 2

Folklore has a history of creating human likenesses and animating the inanimate. There is Mary Shelley’s Frankenstein, a version of the Jewish golem, an animate being made of inanimate material; Walt Whitman’s eidolon, a spirit created by the hands of the artist; Johann Wolfgang von Goethe’s homunculus, an alchemical creation of a tiny fully formed human being; or even the stories of Tom Thumb and Pinocchio. There are automatons like the 16 th-century monk, whose interior clockwork precision allows the 15-inch-tall sculpture to walk, pray, and move its mouth and eyes. 3 Common to these beings is the combination of animation and shifting scale. In this space of the moving miniature and the radically small, Elizabeth King makes the world large, absorbing our full attention and allowing us to dream big in minute detail. By combining precisely movable half-scale figurative sculptures with projections of stop-motion animations, King complicates the boundary of big and small, animate and inanimate, sculpture and film. Her work examines how seemingly invisible gestures radically change meaning, how scale and memory intertwine, how objects become actors and

films become objects. King also asks us to consider the labor inherent in making small things; how, in her studio, a hand or head can take months or years to perfect. Time, material, and thought are compressed in these objects, turning the miniature into a monument, into a radically small gesture. In Camera Lucida Roland Barthes discusses the ineffability that certain photographs produce, naming it the “Punctum.” Defined as a small distant point or opening for a tear duct, Barthes writes that the punctum “rises from the scene, shoots out of it like an arrow, and pierces me,” adding that it is an “accident which pricks me (but also bruises me, is poignant to me).”4 For King, the punctum is essential, as evidenced in two sculptures and accompanying stop-motion animations: Pupil (1987-90) with What Happened (1991/2008); and Silent Partner (2004) with Double Take (2017). Both figures start with porcelain heads; Pupil’s expression is playfully curious with bright eyes, a lithe torso, and articulated arms right down to each digit of the hands. What Happened focuses on the relationship of hand to eye, illustrating how we sense the world—a hand rises to its face, sniffs its fingers, pantomimes pulling a string from one hand to the next. This is an active work, whereas Silent Partner/Double Take is more pensive with its wrinkled brow and articulated neck, placing all emphasis on the micro-movements of the head and eyes. Double Take is a study in stillness. The head barely moves, constantly enacting its potentiality without offering satisfaction; it rewards rapt attention, patience, and a willingness to accept the smallest gesture as large.

King’s sculptures function like actors—they pose, mime (for they are always silent), look, and wait. She is interested in objects that people want to see repeatedly. By controlling the emotion that the work emits via fluidly changeable expressions, King presents sculptures that are never posed the same twice, like actors playing multiple roles. On the other hand, her films, though animate, move in a repeated sequence, punctuated with as much stillness as action. Here King turns the tables on what we expect from sculpture and film, creating objects that act and cinema that is frozen in time. Projected at MASS MoCA much larger than the sculptures themselves, these films test the tolerance of the objects’ detail and precision, confirming their ability to shift seamlessly from half-scale to beyond life-sized. Though King’s works initially exhibit their exterior façade, we quickly realize that their animus breaks the surface—a glimmer in the glass eyes, precision in the ears and nose— revealing a hidden inner world. In By Ear (2004), King lays bare that which is hidden, writing:

“People forget bronze sculptures are hollow, even small ones like this. The head is exactly half life-size, and open at the back so I can get inside…I cast the back of the head as a separate piece to fit on later, like a surgeon replacing a section of the skull; the occipital hatch. Why so smooth, these inside walls? They will not be visible once the head is closed. Nonetheless, the interior must be coherent, habitable. The bronze perimeter is thin and strong; I caliper the wall: a little over one-eighthinch thick. Today I’m working on the openings: nostrils, eyes, ears, mouth—the elegant apertures of the head. Our points of congress with the world. In spite of our knowledge, we persist in feeling that when we close our eyes, we adjourn to a private interior, our sovereign estate, something we experience as a space. We move around in here, arranging this and that, checking the windows.”5 At MASS MoCA King brings us inside By Ear, showing the mechanism that poses the eyes, fiber-optic lights, and openings of the nostrils and ears that go all the way through. Even with the mystery revealed, this object remains uncanny, holding on to its secrets, its punctum, making it an embodiment of potentiality in miniature. King takes us inside and out but never presents an entire body, instead returning to head and hand. In Compass (1999/2004), two carved and articulated wooden hands have a magnetic drive mechanism that enlivens them. And in Bartlett’s Hand (2005), the object remains still, while a stop-motion animation brings it to life. King says she was “trying to do two things at the same time: to make something that looks like a hand—its image—but also to make it behave like a hand, do what a hand does: move, point, grasp, put,” adding, “In this contest between image and object (ghost and machine) I am eager for the tension that results in the finished work from making one form of representation collide with another.”6 This tension is magnified in King’s recently completed companion hand, studies for which are in the exhibition Still from Quizzing Glass, 2005 Stop-frame animation

cases—scale experiments, carvings of joints, and trials that King’s own hands underwent in creating the sculpture. Bartlett’s Hand now has a mate, and the two enact a study in sleight of hand, animated at MASS MoCA with Michael Belzer, on a stage set remaining for the exhibition’s duration. Seeing and experiencing are distinctive, the latter being a convergence of scale, sense, and memory. With this in mind, Idea for a Mechanical Eye (1988-90) brings seeing as experience to the forefront. The eye is actual size, with socket and eyelids that move independently. The object is captivating (remember, the punctum is also a tear duct), and looming above it is the eye animated, fifty times larger than life. The eye stares and blinks, and in that moment vast and miniature collide, and we become radically small; the size of the thing in King’s mind’s eye.7

7  The Sizes of Things in the Mind’s Eye is the title of a 2008 work by King not in this exhibition and a catalogue/exhibition of the same name curated by Ashley Kistler and published by the Visual Arts Center of Virginia, Richmond (2007).

Elizabeth King (b. 1950) studied sculpture at the San Francisco Art Institute (MFA 1973, BFA 1972). Exhibitions include the Frist Center for the Visual Arts, Nashville, TN; Flag Art Foundation, New York, NY; Hood Museum of Art, Dartmouth College, Hanover, NH; Visual Arts Center of Richmond, VA; Sheldon Museum of Art, University of Nebraska at Lincoln; Brown University, Providence, RI; Telfair Museum of Art, Savannah, GA; SFMOMA, San Francisco, CA; Yerba Buena Center for the Arts, San Francisco, CA; LACMA, Los Angeles, CA; The Hirshhorn, Washington, DC; and The Corcoran Gallery of Art, Washington, DC. She received an Anonymous Was a Woman Award, an American Academy of Arts and Letters' Academy Award in Art, and a Guggenheim Fellowship. King’s writings have been published in The Art Bulletin, Blackbird, and Genesis Redux: Essays in the History and Philosophy of Artificial Life (Chicago: U of C Press, 2007). Her book, Attention’s Loop (A Sculptor’s Reverie on the Coexistence of Substance and Spirit) was published by Harry Abrams in 1999. From 1985 to 2015 she taught at Virginia Commonwealth University’s Department of Sculpture and Extended Media. She is based in Richmond, VA, and is represented by Danese / Corey, New York, NY. 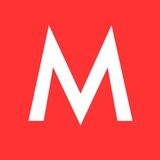