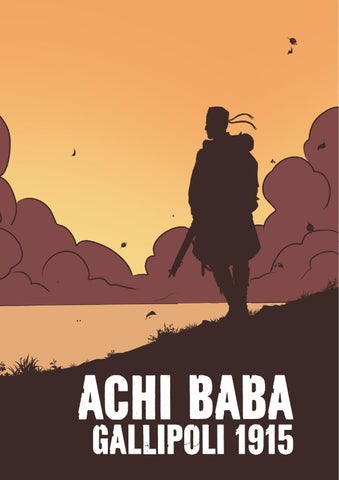 Published by Magic Torch Comics with assistance from Heritage Lottery Fund - First World War Then and Now programme ISBN 978-0-9539065-5-0 No part of this book may be reproduced in any form or by any means without permission in writing from the publisher, except for the purposes of review. Printed by Comic Printing UK First Published June 2015 Researched and written by Magic Torch Artwork / colouring / lettering Andy Lee Proofread by Wordsmith Jones Editorial Services Cover font ‘Mr Black’ and ‘1913 Typewriter’ font licensed from MyFonts Excerpts from ‘The Path of Glory’ by George Blake used with the kind permission of the Blake family. Magic Torch is a Scottish Charity SCO33748 All enquiries auld.dunrod@gmail.com

This book is suggested for mature audiences due to scenes of warfare which some people may find upsetting or disturbing.

introduction “When war is declared, truth is the first casualty.” Ponsonby, ‘Falsehood in Wartime’ The Gallipoli campaign is famous for many reasons, and will of course forever be associated with the Anzacs, interwoven with the beginnings of a different national identity for Australians and New Zealanders. However this publication is more concerned with the attempts on the ‘strategically important’ hill of Achi Baba, which involved so many Inverclyders in the 5th Argyll and Sutherland Highlanders. It would be difficult to explore and understand one strand of events in isolation and so there are references to the wider campaign. Our projects usually focus on myths and legends, or the importance of storytelling and so we were particularly struck by how the campaign at Gallipoli was so immediately associated with the epic battles of The Iliad. This was not something which was retrospectively attached, the generals, academics and war poets were packaging the campaign in these classical terms as it unfolded. This is how many chose to understand and explain the war, in terms they understood. That was their truth. There were many others. We have chosen to explore the story of Achi Baba through other people’s words, including field reports, letters, poetry and contemporary articles, some directly related, others with a

less definitive connection. Celebratory jingoism and propaganda sit alongside melancholy or angry personal reflection. For those perhaps unfamiliar with comics and graphic novels, the different voices are represented by a range of different text styles. This book is not intended as either a military history or a definitive historical account - for as you will see, there is much that is contradictory about these accounts. One thing we can be fairly certain of during wartime, is that the version of the truth that is told depends on who is telling it, and to whom. Definitive truth is so hard to come by, that even the above quotation is claimed by at least half a dozen other originators, starting with the Greek playwright Aesychlus. In World War One, as in all wars before and since, the one constant reliable truth is that there will be death. And it is to all of those who died as a result of the events detailed within, that we respectfully dedicate this publication.

recommended reaDing The Path of Glory George Blake Available online via Lulu publications Inverclyde’s Great War Vincent Gillen Available online at www.inverclydeww1.org The texts below are the books and publications we looked to for inspiration in creating a comic set during the First World War. Charley’s War Pat Mills and Joe Colquhoun ISBN 978-1840239294 The Great War Joe Sacco ISBN 978-0224097710 Above The Dreamless Dead - World War I in Poetry and Comics Edited by Chris Duffy ISBN 978-1-62672-065-7 Line of Fire - Diary of an Unknown Soldier Barroux ISBN 978-1-907912-39-9 To End All Wars - The Graphic Anthology of The First World War Edited by Johnathan Clode and John Stuart Clark ISBN 978-1-908030-13-9 (profits from this publication go to Medecins Sans Frontieres) The Harlem Hellfighters Max Brooks and Caanan White ISBN 978-0-307-46497-2

Magic Torch Magic Torch is an Inverclyde based cultural enterprise, established in 1999. In that time we have published 8 local books, produced several short films, curated exhibitions across a range of community venues, staged dramatic re-enactments and performances and released two albums of folk tales and folksongs. Some of our recent projects include Wee Nasties - A children’s picture book and poem which introduces some of the folk characters of Inverclyde to younger audiences. Tales of the Oak - A vintage terror comic which retells folktales and urban legends from Inverclyde and beyond. 13 Commonwealth Tales - An illustrated storybook featuring Scottish pirate Captain Kidd collecting tales from around the world. Restorations - A re-edit of the short 1948 film ‘Greenock Plans Ahead’ with specially commissioned soundtrack by the band British Sea Power. Copies of our publications can be found online via amazon, ibooks, comixology and scribd. We also run workshops in ‘Community Fables’ and comic creation for schools and community groups. Our ongoing project blog can be found at www.talesoftheoak.co.uk

In 1915, Allied forces attempted to end the stalemate on the Western Front by advancing into the Ottoman Empire. The campaign was a failure. Using contemporary documents such as letters home, poetry, propaganda and military records, this graphic novel explores the story of the catastrophic Gallipoli campaign, and the involvement of Inverclydeâ&#x20AC;&#x2122;s own 5th Argylls.

Suggested for mature audiences, due to scenes of warfare which some people may find upsetting or disturbing. 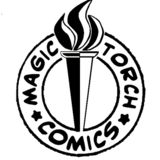 In 1915, Allied forces attempted to end the stalemate on the Western Front by advancing into the Ottoman Empire. The campaign was a failure....

In 1915, Allied forces attempted to end the stalemate on the Western Front by advancing into the Ottoman Empire. The campaign was a failure....