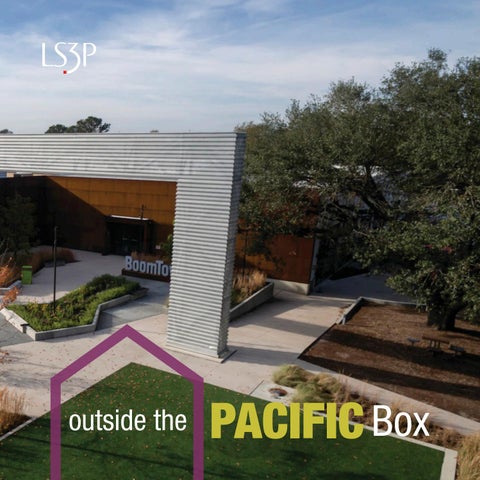 Charleston’s refined historic district, well known for its upscale shops and beautiful neighborhoods, is justifiably world-famous for its many charms. If you stray a bit north of this bustling tourist center, however, you’ll find a different landscape altogether. Just a mile up King Street, the area known as the Upper Peninsula is less dense, more industrial, and a little edgy. A map of the district shows a tangle of rail spurs leading to acres of industrial facilities, with more than a few vacant lots. It’s where you’d go to find the city’s factories and warehouses, or maybe even a tattoo parlor. The Upper Peninsula used to be a place folks would drive through on the way back to the mainland, with little to entice them to pull over and explore. Today, though, the Upper Peninsula’s dynamic has visibly shifted towards “destination.” The up-and-coming neighborhood offers vacant lots with plenty of development potential and an entrepreneurial energy with easy access to downtown. These formerly industrial sites provide a bit more breathing room for a corporate campus or mixed-use development than the dense fabric of the historic district, and investors are taking note. The neighborhood’s fortunes are on the rise.

PACIFIC BOX AND CRATE, one of the newest examples of the Upper Peninsula’s turnaround, illustrates this exciting growth potential. A multi-used development led by Raven Cliff LLC, Pacific Box and Crate occupies a nearly 10-acre footprint along King Street.

The site originally housed an outpost of Pacific Guano, a fertilizer company which processed phosphate on the site starting in 1869. The work was dirty and dangerous, but it afforded jobs to Freedmen after the Civil War and supported many workingclass families. The site later became a box and crate warehouse; the name “Pacific Box and Crate” embraces the industrial heritage and celebrates the legacy of the hardworking people who spent time there.

DESTINATION Early on, Raven Cliff envisioned a mixed-use development, one vibrant enough to support anchor tenants while drawing visitors in from other parts of the city. The unique planning and design process for the development engaged a number of different designers and other multi-disciplinary entities who focused on the project’s established proportions, materials, and datum lines while embracing a variety of design approaches. This paradigm helped to create a dynamic but unified composition based on the neighborhood’s colorful history.

The existing warehouse structure was solid, with high-bay space and huge potential, but needed a few design interventions to transform the drab yellow brick building into a thriving contemporary workplace. The design team wrapped portions of the warehouse with new two-story office space, and clad other portions of the façade with weathering steel. The 4’ x 8’ steel panels have already weathered to a beautiful rusted patina which offsets the high-tech interior vibe. The exterior site response is a nod to the past which also offers a degree of post-industrial refinement and modularity; incorporating the economical yet highly desirable textured material ties into the industrial vernacular while preserving the solid and wellinsulated original structure

Determining the best site layout was not without its challenges. The existing brick warehouse occupied the rear of the site, set far back from King Street. The designers worked from the existing warehouse outward to define the massive site, with the goal of future external site connections to develop along with anticipated commercial growth along the King Street corridor.

Placemaking strategies focused on creating humanscale spaces; providing inviting, intimate outdoor gathering areas; and creating a monumental entry to the development in the form of a dramatic 3-D truss known as “The Gantry.” This highly visible perforated metal structure welcomes visitors to the site and contributes to a distinctive processional experience.

In addition to participating in the highly collaborative site planning and design process, LS3P designed the new headquarters for the anchor tenant: BOOMTOWN, an energetic and growing tech company specializing in real estate software. Boomtown needed more than 50,000 SF of space in the site’s existing 80,000 SF warehouse, and the team developed the site plan around the needs of its largest tenant.

To bring the high-bay interior proportions down to a human scale for Boomtown employees, the design team inserted a solid core holding small offices and meeting rooms, better defining the remaining space. The layout includes twelve small private offices, space for roughly 250 employees in an open-office environment, and an abundance of conference and meeting rooms sized for everything from large meetings to individual phone calls.

Using a multi-pronged approach to bringing natural light into the deep space, the design team inserted large areas of curtainwall into the north façade to provide diffuse light. New openings in the west wall also provide abundant daylighting, as do the strategically placed skylights and an open perimeter layout. Solar tubes bring natural light into interior spaces away from the exterior walls, particularly in the low-bay portion of the building lined with the new two-story space. (This location is ideal for the company’s software developers, who prefer a quiet interior space away from distractions while programming.) The nature of leased office space meant that the design team needed not only to accommodate one large tenant, but also to allow for future division into smaller spaces. For this reason, the modular layout can easily be divided into 3,0004,000 SF tenant spaces as required.

With a tenant as edgy and creative as Boomtown, the interior design process was just plain fun. The team played off the exposed structure to balance gritty and sleek, with materials such as raw concrete and rough-sawn timber walls serving as a backdrop for whimsical furnishings, bright accent colors, and custom art. The overall palette integrated Boomtown’s blue and orange logo colors with a wider assortment of colors, building upon light gray walls and a black and white motif throughout and exploring nontraditional uses for traditional patterns

Custom furniture designed by Landrum Table adds warmth and texture to the open, airy space with pieces such as conference tables and desks made from reclaimed wood from local docks and barns. Punches of controlled color inside meeting rooms add vibrant accents, keeping the space from feeling traditionally “corporate.”

of the space is a large sunken “living room” which is flooded with natural light and serves as a gathering area for formal and informal meetings. Large sheer curtains, custom printed with an abstract watercolor wave design, divide the space and add a pop of color without blocking the light from the spaces within. Refurbished white enamel lamps from the original warehouse hang as pendants in the kitchen side of the space and brewery, adding a vintage touch which still feels current. Sculptural corrugated cardboard light fixtures which reference the site’s history as a packaging warehouse hang over the sofas.

A series of themed meeting rooms provided additional opportunities for creative expression, both for the designers and the Boomtown employees. In one room, a toy-themed wallpaper complements inflatable silver break chairs. In another, a “backyard” theme plays out with folding lawn chairs, a coffee table built from pallets, and a side table built from a Coleman cooler. A triptych tidal wave wall covering spans the back wall of three adjacent conference rooms, while behind the staff bar an RGB wall covering designed by artist duo Carnovsky reveals different images when the light changes.

At the entry, an installation by local creative company Sisal & Towe worked to curate “found objects” contributed by employees into company signage. This collaborative piece creates a sense of personal connection and pride and embodies the company’s unique brand.

COMPOSITION Outside the Boomtown space, a variety of smaller tenants keep the development animated with restaurant activity, brewery activities, and workers enjoying the site’s amenities on their breaks. LS3P also designed Edmund’s Oast Brewery, which occupies the south side of the warehouse (a design move dictated by Charleston building codes requiring breweries to be at least 300 feet from the nearest church).

The brewery takes full advantage of its roll-up doors which allow a blended indoor/outdoor zone spilling out into a popular courtyard. To the north of the warehouse, a dog park and an outdoor gathering area sheltered under a live oak tree offers an inviting campus spot for relaxing.

Nearby, a restaurant incubator provides professional kitchen space to a rotating roster of Charleston chefs looking to transition from food trucks to brick-and-mortar restaurants, and a small cafe adds to the amenities for both office workers and visitors.

UPDATE? How is the new development working out? Rumor has it that Boomtown employees are so excited about their new workspace that they’re arriving at work an hour earlier than they used to.

The tenant office spaces were fully leased by the end of construction, another sign that the site’s new energy is already a catalyst for new life in the neighborhood. The development has created enough buzz to draw the New York Times down south to investigate, resulting in an enthusiastic feature on the development’s success. The bar, restaurant incubator, and café are already thriving, and the success of Pacific Box and Crate’s first phase is already generating excitement for the next phase of development. Pacific Box and Crate, one of the newest examples of the Upper Peninsula’s turnaround, illustrates this exciting growth potential. A multi-u...

Pacific Box and Crate, one of the newest examples of the Upper Peninsula’s turnaround, illustrates this exciting growth potential. A multi-u...