Then came the Civil War. Bay Ridgeites served in the 77th Regiment, the Kings County troop, with William]. Cropsey as one of its Captains. They first saw service in quelling the draft riots which took place in New York City, embarking from the Denyse Wharf, Fort Hamilton. Fort Hamilton was the site, in 1864, of the testing of a new cannon, the Rodman gun. This huge cannon weighed 116,000 pounds and fired a shot weighing

The first shot fired failed to reach the water and before a second shot could be fired, the gun jammed and a man had to climb in to clean it out. Having a 20 inch bore it was not difficult to get in the gun, as many children have found out over the years. The second shot proved successful and the gun went into operation along the coast. Its effectiveness was short-lived however and the only one remaining in Brooklyn is now in Cannon Park, serving admirably as Monkey Bar. 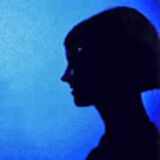