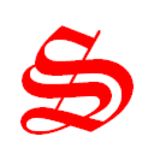 The Statesman is a student newspaper created at Lincoln High School, Sioux Falls Public Schools, 2900 S. Cliff Ave., Sioux Falls, SD 57105. The Statesman office is located in room A400 (Aka the J-Lab). The phone number is 605-367-7998. The Statesman’s purpose is to inform and entertain with an honest and accurate approach. The opinions of students, staff members, and faculty are expressed in a tasteful manner. The Statesman is a member of the National Scholastic Press Association, the Columbia Scholastic Press Association and is a winner of the George H. Gallup award for “…distinctive achievements in scholastic journalism.” The Statesman was awarded a Pacemaker in 2007 and was nominated for the 2012-2013 year. The editors and adviser take responsibility for the content of the Statesman. Follow the Statesman on Twitter and Instagram with the handle @lhsstatesman.