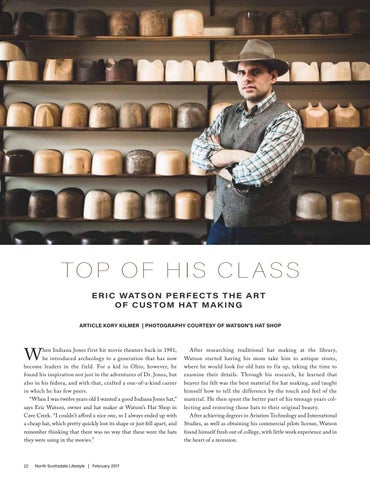 hen Indiana Jones first hit movie theaters back in 1981, he introduced archeology to a generation that has now become leaders in the field. For a kid in Ohio, however, he found his inspiration not just in the adventures of Dr. Jones, but also in his fedora, and with that, crafted a one-of-a-kind career in which he has few peers. “When I was twelve years old I wanted a good Indiana Jones hat,” says Eric Watson, owner and hat maker at Watson’s Hat Shop in Cave Creek. “I couldn’t afford a nice one, so I always ended up with a cheap hat, which pretty quickly lost its shape or just fell apart, and remember thinking that there was no way that these were the hats they were using in the movies.”

After researching traditional hat making at the library, Watson started having his mom take him to antique stores, where he would look for old hats to fix up, taking the time to examine their details. Through his research, he learned that beaver fur felt was the best material for hat making, and taught himself how to tell the difference by the touch and feel of the material. He then spent the better part of his teenage years collecting and restoring those hats to their original beauty. After achieving degrees in Aviation Technology and International Studies, as well as obtaining his commercial pilots license, Watson found himself fresh out of college, with little work experience and in the heart of a recession. 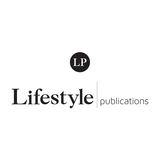