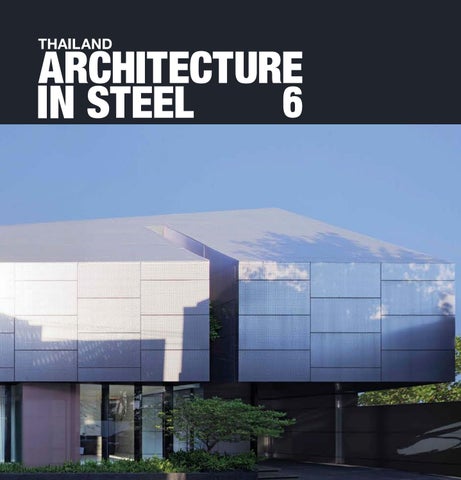 19 I THE GENTRY SUKHUMVIT

28 I THE STREET RATCHADA

Naiipa, meaning ‘deep in the forest’, is a mixed-use project consisting of an art gallery, sound recording studio, dance studio, restaurants, coffee shops, and office spaces. With the concept of concealing the architecture in the forest, the building was created to seamlessly co-exist with the trees and the vision of greenery was expanded by using reflective glass facade, providing a peaceful and inspiring art community for both occupants and visitors. The structural design for the project was executed in respect to the existing trees. The complex is divided into two main masses which bound the site and leaves the main tree courtyard as a free open space. Building A is an elongated 2-story horizontal building that allows sunlight to reach the existing pink trumpet tree to preserve its growth and create an atmospheric courtyard for the building. In contrast, building B is a vertically orientated 4-story building whose main masses are connected by multi-level sculptural terraces that intertwine between the existing trees to leave the greeneries untouched. The buildings were constructed with a typical concrete structure. In the central courtyard where the trees mostly congregate; however, steel structures were introduced as the use of mortar could damage the trees during the construction. Three different types of glazing: reflective, translucent, and transparent, along with the rhythmic folding pattern of the façade, were utilized to link the architecture with the surrounding urban context. The east side that faces the street was covered with a translucent double façade which helps filter and reduce heat flowing into the building. The landscape is predominantly made up of parking spaces and internal roads designed to meander around the trees to create organic forms through the architecture. At the exterior walkways, pre-fabricated structural slabs were placed on the ground to minimize any damages to the trees’ roots. The landscape design of this project marks a true collaborative effort between the designer and the owner to create the architecture which exists in a close proximity to nature.

Extended pavilion constructed at the front of existing building.

A Burrow, metaphorically, is built for this digital agency that has hundreds of teenage staff and wants a working environment to be relaxing and flexible. The employees do not need to be static at their own desk, instead they can go work anywhere they feel comfortable within the workplace. Besides, communications and interactions among staff are crucial in this field to boost up their creativities. Being remodeled from an old warehouse to a spacious working and playing space, the main steel structure and green cement floor are kept to show their beauty of imperfection whereas white-painted gypsum panels and pinewood walls are brought in to soften the roughness of the steel structure. There are a big tree and gardens under its 12-meter ceiling which create the feeling of being outside among nature. The skylight above the tree also gives natural lighting to the majority of the space. Low height cabinets are placed in groups to act as partitions separating each department. This way, the tree and its shadow can be seen by the employees from their desks when they stand. Moreover, various facilities are provided in common areas and staff can access to kitchen, cafĂŠ, dining area, playground, and couches at any time of the day.

All day access pantry acts as common area for staff to eat and work.

This building has been converted from an 8-storey apartment into a 20-room hotel whose name and design concept are inspired by the owner’s steel manufacturing business. Recycled wrought iron screens, characteristically found in Thai houses and low-rise buildings, were used as the primary cladding materials for the existing façade. The screens were composed together to create various layers of opacity, allowing private interior spaces to be concealed while public spaces to be more visible. Vines were also planted on the screens. As the building ages, the façade will become more lush and vegetated, contributing greenery to Bangkok’s streetscape. Inside the building, the bottom two floors were gutted to create a double height lobby and restaurant. The existing structures were left bare and unpainted whereas the new walls are white. Built-in furniture of bedrooms, bathrooms, and lobby were made with metal frames, prefabricated at the owner’s factory and brought to the site for installation. Not only did the aesthetics of wrought iron inspire the hotel’s logo and typeface used in all the hotel’s products, but the use of recycled screens and metal-frame furniture made by the owner also helped keeping the construction cost within the tight budget. Ir-on Hotel attempts to represent Thainess with a less common element, and acknowledges the history of family business through material and form.

With over 10 million inhabitants, Bangkok continues to grow into its urban form. The project attempts to introduce public and urban characteristics into a newly developing neighborhood outside the central metropolitan area. Comprising of cafes, restaurants and other retail and commercial functions, this place creates new exterior and semi-interior urban spaces to engage with the surrounding people and community. The structure and parking garage of the previous commercial development on the site remain intact. The top floor and the front of the five-storey building were rebuilt to accommodate the new clients’ capacity needs, and the new design strips away most of the previous finishing to reveal the steel, concrete and brick elements of the original structure. Occupying an important intersection of Rachadapisek Avenue, the open space in front of the building has been transformed from car-parking overflow to a pedestrian-orientated space in which amenities not only facilitate commercial uses but also public programs and events. The building facade is designed to interact between the open plaza and the interior retail spaces. Upon first impression, the continuous metallic surface seems to convey a monumental presence but it is actually a porous layer composed of triangulated panels uniquely sized, individually cut, and manually installed on the site. The gradient transparencies of the perforated panels unveil the underlying framework and the atrium behind which serves as an intermediate public space. At night, the lighting dematerializes the facade and creates an inviting glow from within the atrium that spreads on to the outdoor and public areas. The outdoor plaza and exterior envelope work together with the atrium and interior volume to create a total space for The Street Ratchada. Visitors can gather on walkways and landings within the atrium, and with its multiple visual apertures, look inward, outward and peripherally across the building. This enhances not only the functional circulation but also creates a connected spatial experience between the exterior and interior areas. Furthermore, permeable architectural envelope was designed for The Street Ratchada where interior activities could be showcased along with outdoor urban activities. The design was realized with the use of Reynobond Aluminum Composite Panels which were perforated in a variety of densities and angled in section to create a light-catching “deep surface” through the use of over 1,000 two-dimensional panels’ pieces.

Designed to support large-scale production of raw materials and other exports, this building was intended by the owner to represent a new perspective of warehouse possessing user-friendly features and pleasurable atmosphere. The place includes an office, restrooms, storages and a courtyard which serves as a loading area. The buildingâ&amp;#x20AC;&amp;#x2122;s length was oriented in east-west direction along the given site and most of the office and loading area were hidden behind a row of greeneries. Merely some parts of the rooftop could be seen from the entrance, giving an intriguing character to the warehouse. In order to gain a widely-spanned and unobstructed area, light-weight steel structure was chosen and the structure system was divided into two types according to its function. The first one is a portal frame with supporting beams used in the inside storage room to yield clean-looking appearance and inhibit birds from building their nests on the structure. The other is a space truss system acting as a shelter for the whole outside area that provides expansive space for the convenience of products loading and delivery trucks moving. The skin of this building was made from 40-millimeter-thick, partly transparent polycarbonate which was specially tailored to meet the required length and width. Apart from rain protection, this material also allows sunlight to penetrate in for energy saving. Moreover, the beehive-like hexagon structure of this polycarbonate serves as a strong windshield despite its light-weight quality. Regarding the aesthetic feature, the color of this warehouse harmoniously blends into the blue sky as if it mingles with the natural surroundings. The architect also added two-meter-high solid panels at the downstairs to reduce dust blowing and the structure engineer, inspired by metal pendulum, placed a concrete mass beneath the ground to ensure the stability.

978-616-459-000-7/// 240 x 250 mm. /// 296 pages /// hard cover with jacket /// English /// 2018 /// Price THB 1,500 /// 50 USD. This volume presents more than 34 exceptional buildings which display the rigors of steel esthetics and show different ways of dealing with structure elements and materiality. It can be the way of handling the existing construction and technology, the degree of details or the dialogue with its main structure and function which makes the architecture crafted and distinctive. All of these reflect the nationwide expansion of steel usage whose dominance results from the development in infrastructure, transportation system and economy as well as the change in values and lifestyle of Thai people. Through the competence and collaboration of architects, designers, steel manufacturers, contractors and technicians, innovative forms and new dimensions of design and construction have been established in Thailand. 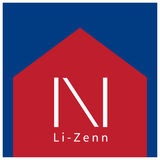