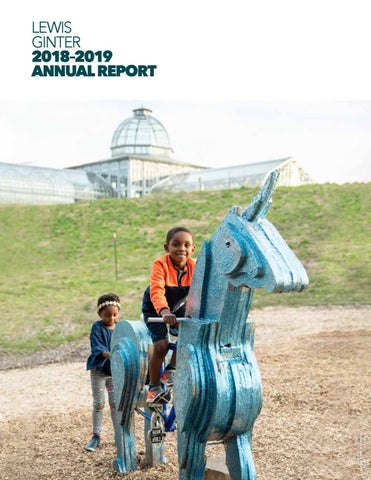 LETTER FROM THE EXECUTIVE DIRECTOR

DEAR FRIENDS, I frequently say that I am privileged to serve as the Executive Director of the Richmond region’s community garden. The sentiment is sincere. Even though there are moments when my job can feel very much like a “job,” any time spent in quiet reflection about Lewis Ginter Botanical Garden and its course during 2018 usually finds me awash in wonder, gratitude, admiration and respect. During the year, we hosted the remarkable art of Kevin Box. Origami in the Garden was a delightful and evocative display that allowed volunteers and staff to build on the creativity of a nationally recognized talent to promote, and program around, the natural world that the team here knows so well. It fostered imaginative and engaging offerings throughout the year, culminating in the holiday light show’s theme and intention of Bringing Art to Light, so joyfully accomplished by my colleagues.

exceptional horticultural display and educational offerings as a loving gift to our neighbors, to inspire them to connect with their neighbors as we engage in the common good on the community’s common ground. The Garden remained fiscally strong, achieving Charity Navigator’s coveted four-star rating for the third consecutive year, a first in the Garden’s 34-year history. Overall visitation topped 400,000, with a combined 11,000 guests welcomed on the Garden’s two sponsored free days. Plans for the Garden’s future continued thoughtfully. Your support continued— thoughtfully, generously and with tremendous impact. In the following pages are the names of patrons, members, allies and volunteers (sometimes all of these things at once), who joined you in believing in the hope and promise of this community as brought to life in its botanical garden. I find myself awash in wonder, gratitude, admiration and respect. Thank you.

During the year we hosted Food for Thought conversations, part of the engagement initiatives that included the training of a new cohort of Ginter Urban Gardeners through Beautiful RVA. We continued to use

OPERATING BUDGET BREAKDOWN REVENUE AND OTHER SUPPORT Contributions and Endowment

For the third straight year, Lewis Ginter Botanical Garden has achieved the highest possible rating from Charity Navigator for strong fiscal stewardship, accountability and transparency. Thank you for partnering with us to improve communities by connecting people through plants. We deeply value your trust.

2018 BY THE NUMBERS YOUR SUPPORT PROVIDED

total taxa/unique types of plants grown in a learning landscape

acres of gardens, 50 of which are intensely cultivated, under maintenance and expansion

THANK YOU HONOR ROLL OF DONORS Lewis Ginter Botanical Garden is deeply grateful for the donors, members, volunteers and community partners who make it possible for us to connect people through plants to improve communities. Your generosity powers our mission and makes possible everything we do. We are grateful to the following people and organizations that made donations of support to Lewis Ginter Botanical Garden between January 1, 2018, and December 31, 2018.

Thank you to these supporters of our Annual Fund who made gifts of $500 or more.

Lewis Ginter Botanical Garden has taken care to ensure the accuracy of this list. If, however, there should be an omission or error, we express our sincere regret and ask that you bring it to our attention by calling 804.262.9887, ext. 311 or emailing courtneyelliott@lewisginter.org. 18

Here's a look back on a year of accomplishments made possible by donors, members, volunteers, staff and community partners. 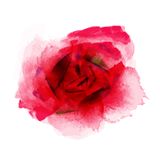