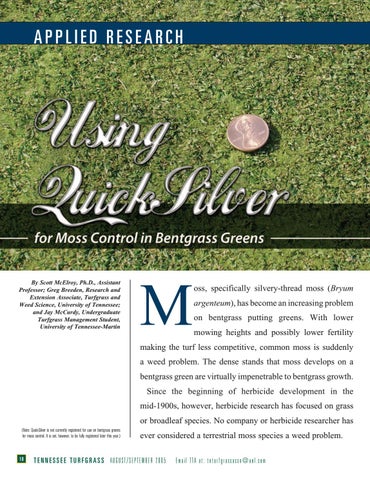 making the turf less competitive, common moss is suddenly a weed problem. The dense stands that moss develops on a bentgrass green are virtually impenetrable to bentgrass growth. Since the beginning of herbicide development in the mid-1900s, however, herbicide research has focused on grass or broadleaf species. No company or herbicide researcher has (Note: QuickSilver is not currently registered for use on bentgrass greens for moss control. It is set, however, to be fully registered later this year.)

ever considered a terrestrial moss species a weed problem.