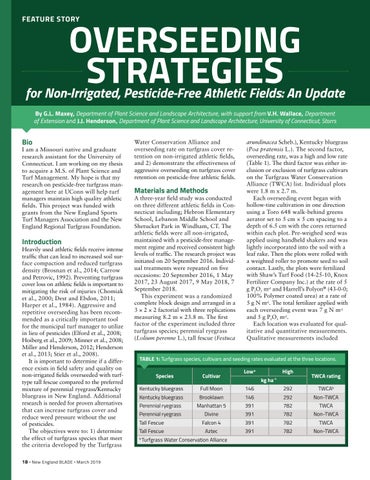 I am a Missouri native and graduate research assistant for the University of Connecticut. I am working on my thesis to acquire a M.S. of Plant Science and Turf Management. My hope is that my research on pesticide-free turfgrass management here at UConn will help turf managers maintain high quality athletic fields. This project was funded with grants from the New England Sports Turf Managers Association and the New England Regional Turfgrass Foundation.

Heavily used athletic fields receive intense traffic that can lead to increased soil surface compaction and reduced turfgrass density (Brosnan et al., 2014; Carrow and Petrovic, 1992). Preventing turfgrass cover loss on athletic fields is important to mitigating the risk of injuries (Chomiak et al., 2000; Dest and Ebdon, 2011; Harper et al., 1984). Aggressive and repetitive overseeding has been recommended as a critically important tool for the municipal turf manager to utilize in lieu of pesticides (Elford et al., 2008; Hoiberg et al., 2009; Minner et al., 2008; Miller and Henderson, 2012; Henderson et al., 2013; Stier et al., 2008). It is important to determine if a difference exists in field safety and quality on non-irrigated fields overseeded with turftype tall fescue compared to the preferred mixture of perennial ryegrass/Kentucky bluegrass in New England. Additional research is needed for proven alternatives that can increase turfgrass cover and reduce weed pressure without the use of pesticides. The objectives were to: 1) determine the effect of turfgrass species that meet the criteria developed by the Turfgrass 18 • New England BLADE • March 2019

A three-year field study was conducted on three different athletic fields in Connecticut including; Hebron Elementary School, Lebanon Middle School and Shetucket Park in Windham, CT. The athletic fields were all non-irrigated, maintained with a pesticide-free management regime and received consistent high levels of traffic. The research project was initiated on 20 September 2016. Individual treatments were repeated on five occasions: 20 September 2016, 1 May 2017, 23 August 2017, 9 May 2018, 7 September 2018. This experiment was a randomized complete block design and arranged in a 3 × 2 × 2 factorial with three replications measuring 8.2 m × 23.8 m. The first factor of the experiment included three turfgrass species; perennial ryegrass (Lolium perenne L.), tall fescue (Festuca

arundinacea Scheb.), Kentucky bluegrass (Poa pratensis L.). The second factor, overseeding rate, was a high and low rate (Table 1). The third factor was either inclusion or exclusion of turfgrass cultivars on the Turfgrass Water Conservation Alliance (TWCA) list. Individual plots were 1.8 m x 2.7 m. Each overseeding event began with hollow-tine cultivation in one direction using a Toro 648 walk-behind greens aerator set to 5 cm × 5 cm spacing to a depth of 6.5 cm with the cores returned within each plot. Pre-weighed seed was applied using handheld shakers and was lightly incorporated into the soil with a leaf rake. Then the plots were rolled with a weighted roller to promote seed to soil contact. Lastly, the plots were fertilized with Shaw’s Turf Food (14-25-10, Knox Fertilizer Company Inc.) at the rate of 5 g P2O5 m-2 and Harrell’s Polyon® (43-0-0; 100% Polymer coated urea) at a rate of 5 g N m-2. The total fertilizer applied with each overseeding event was 7 g N m-2 and 5 g P2O5 m-2. Each location was evaluated for qualitative and quantitative measurements. Qualitative measurements included 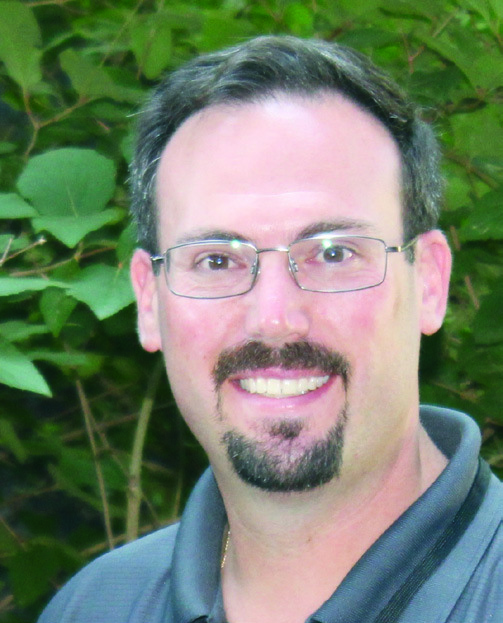 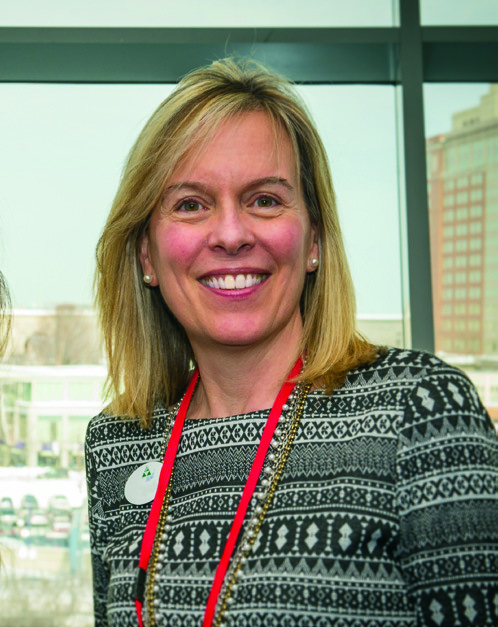 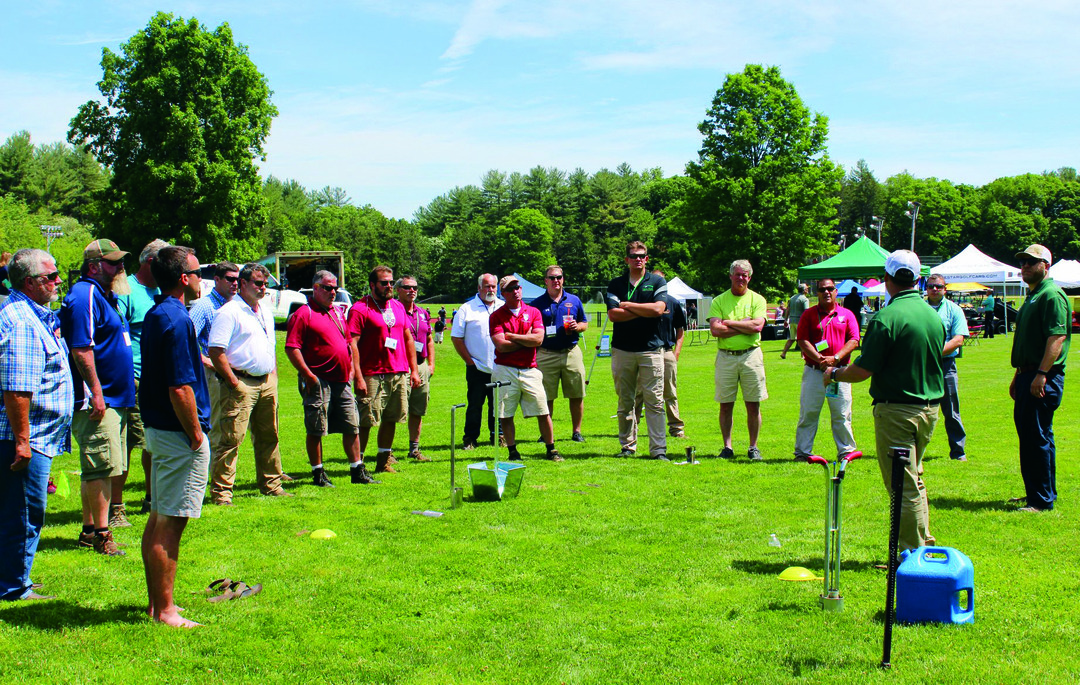 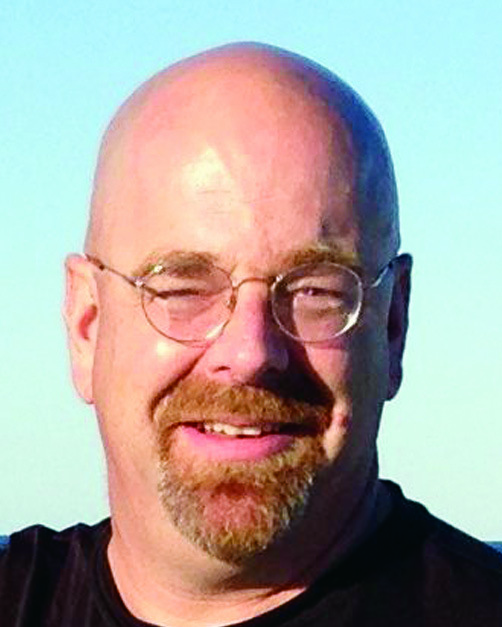 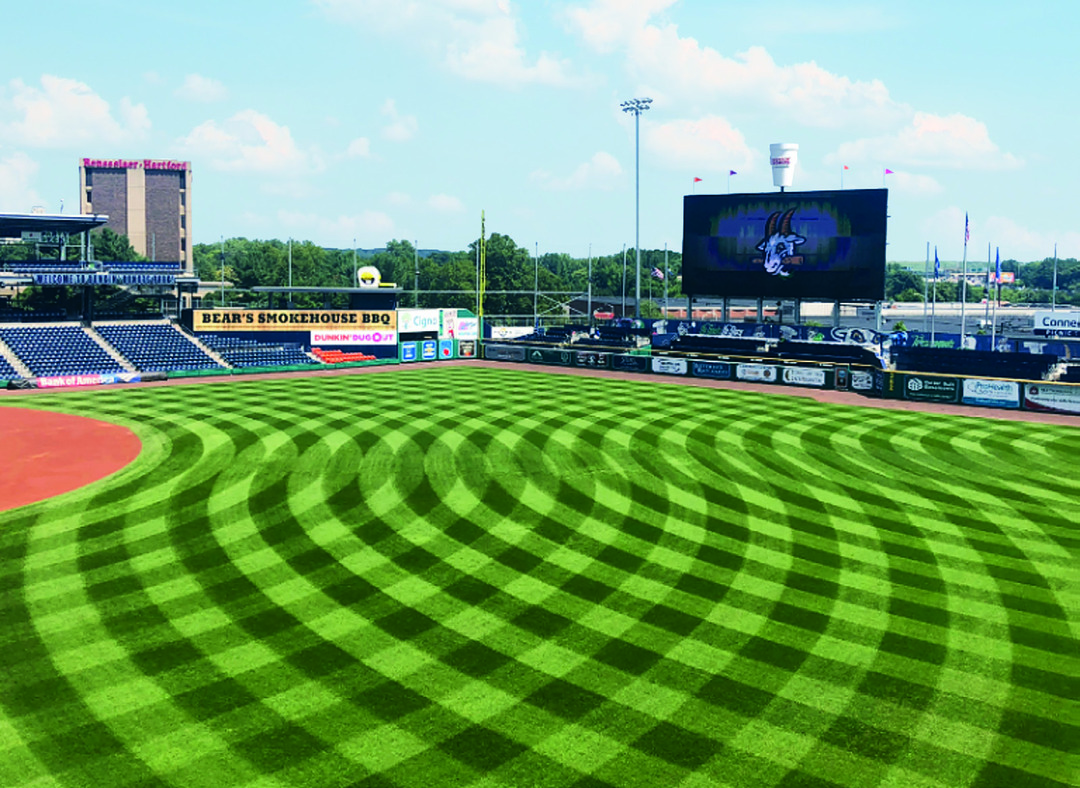 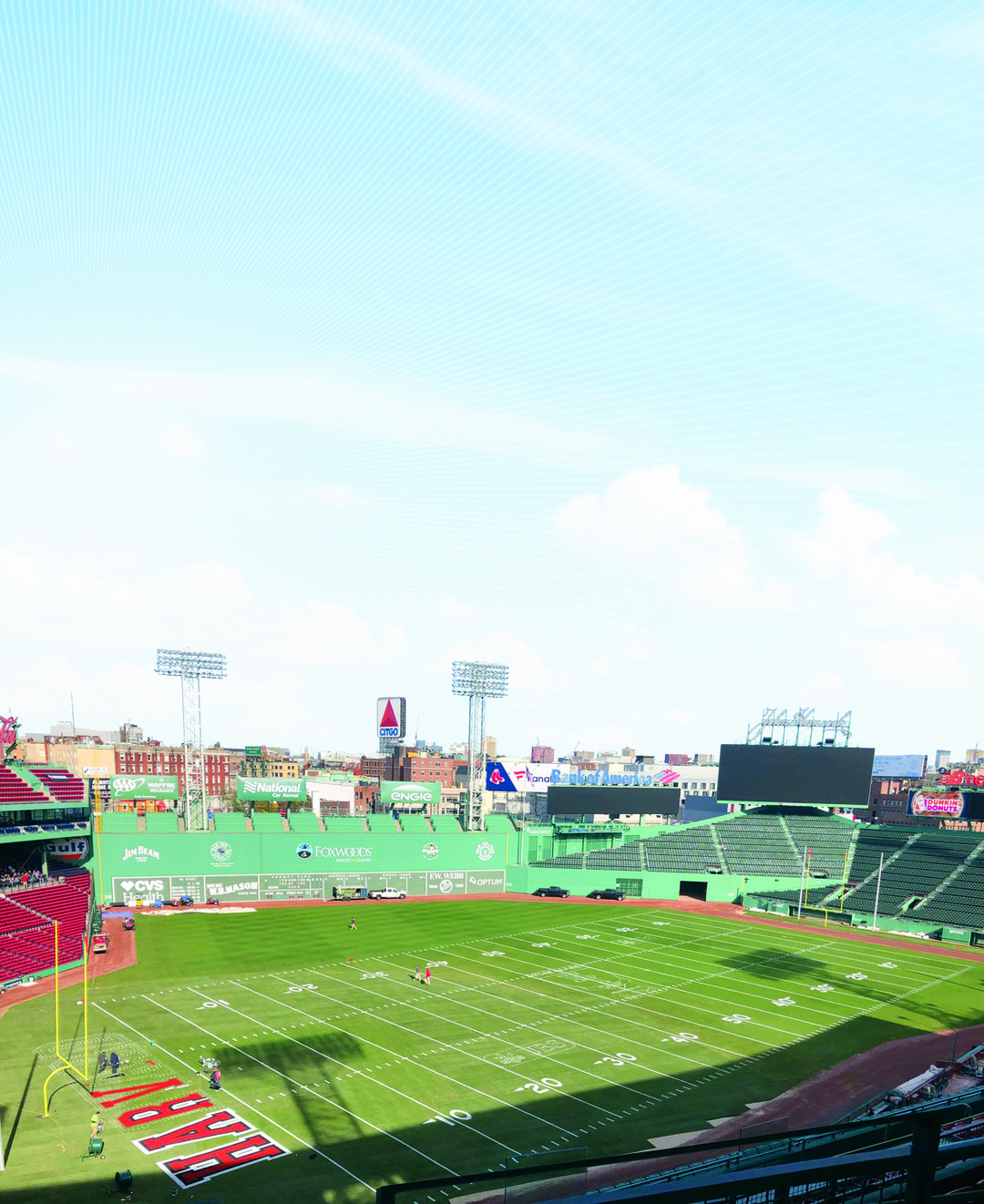 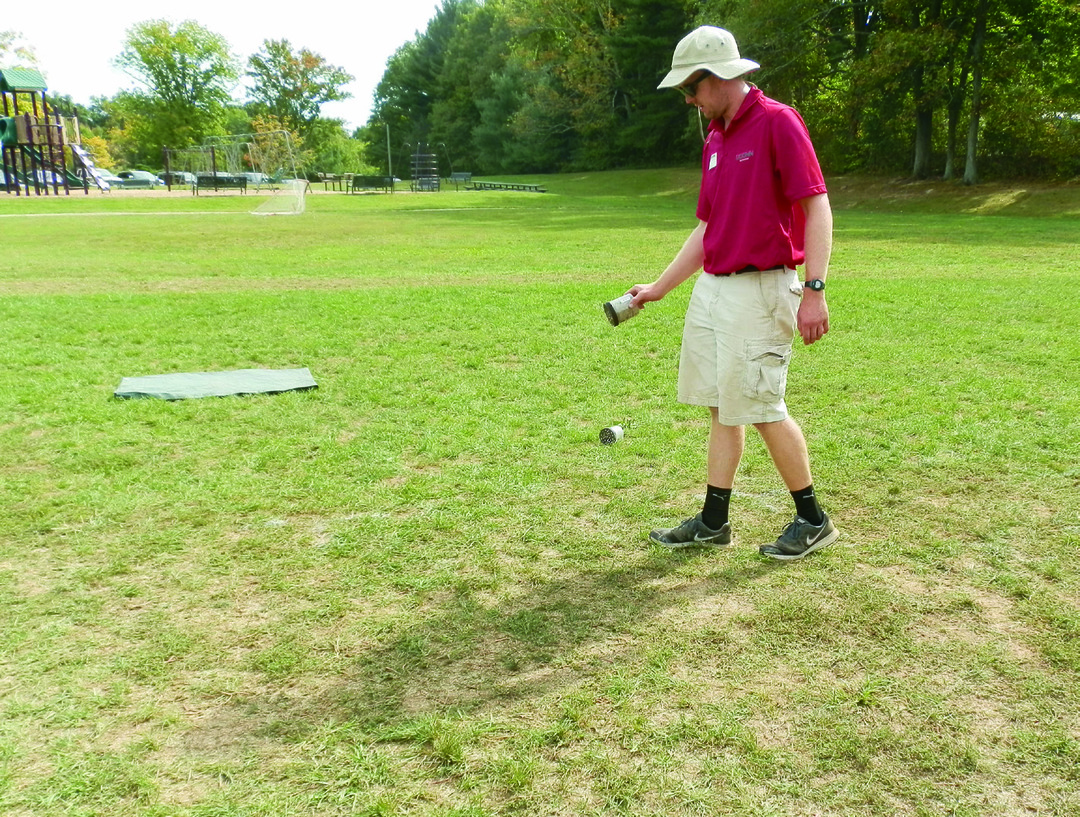 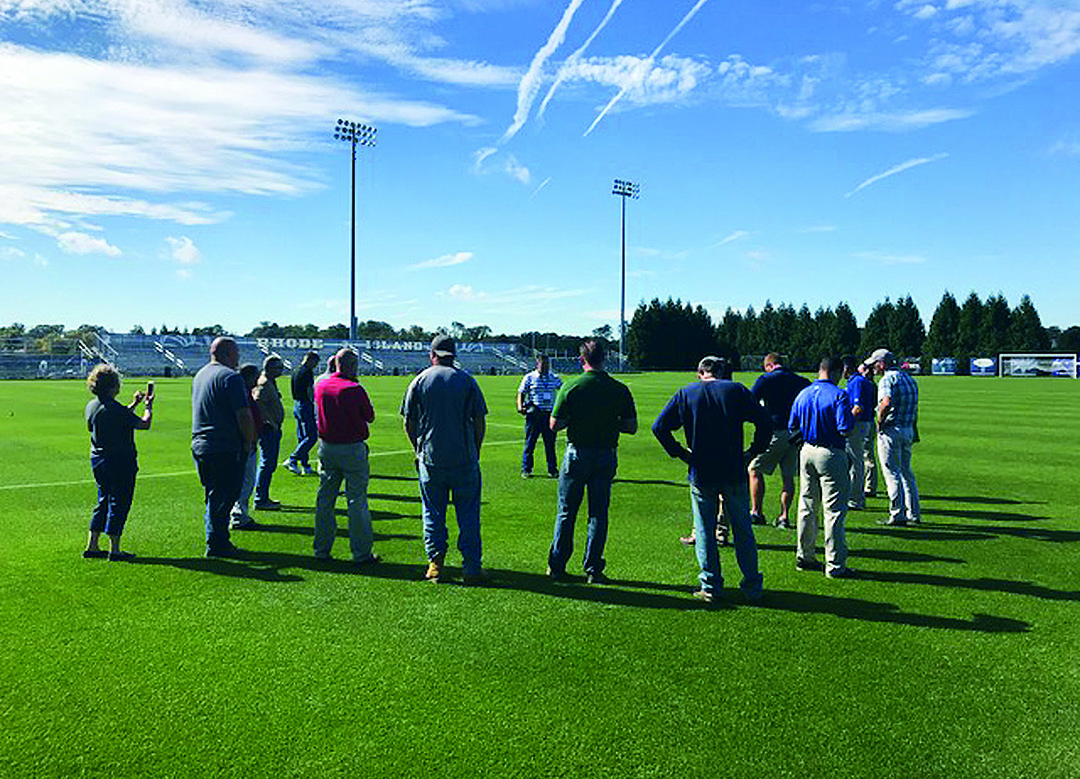 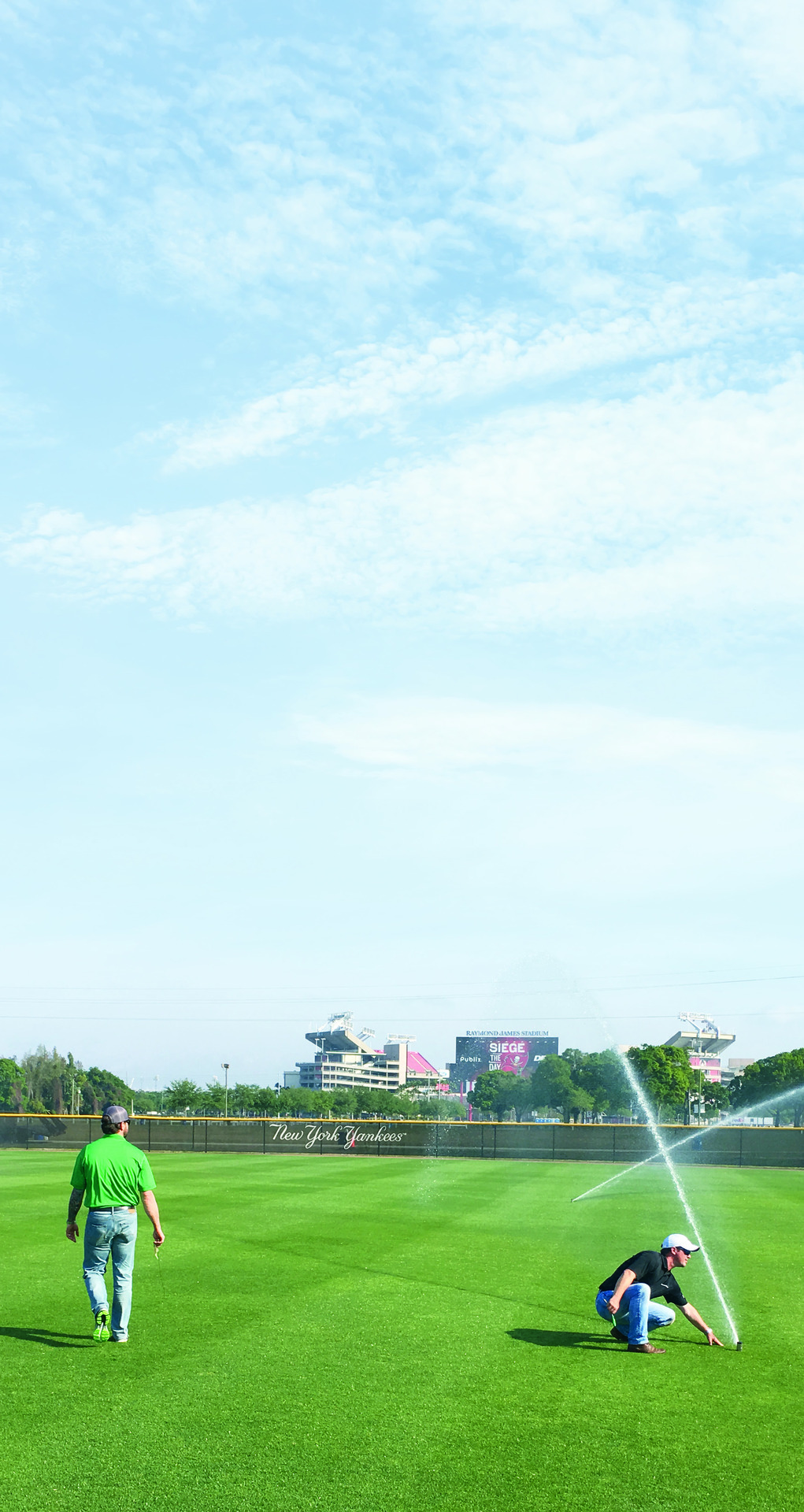 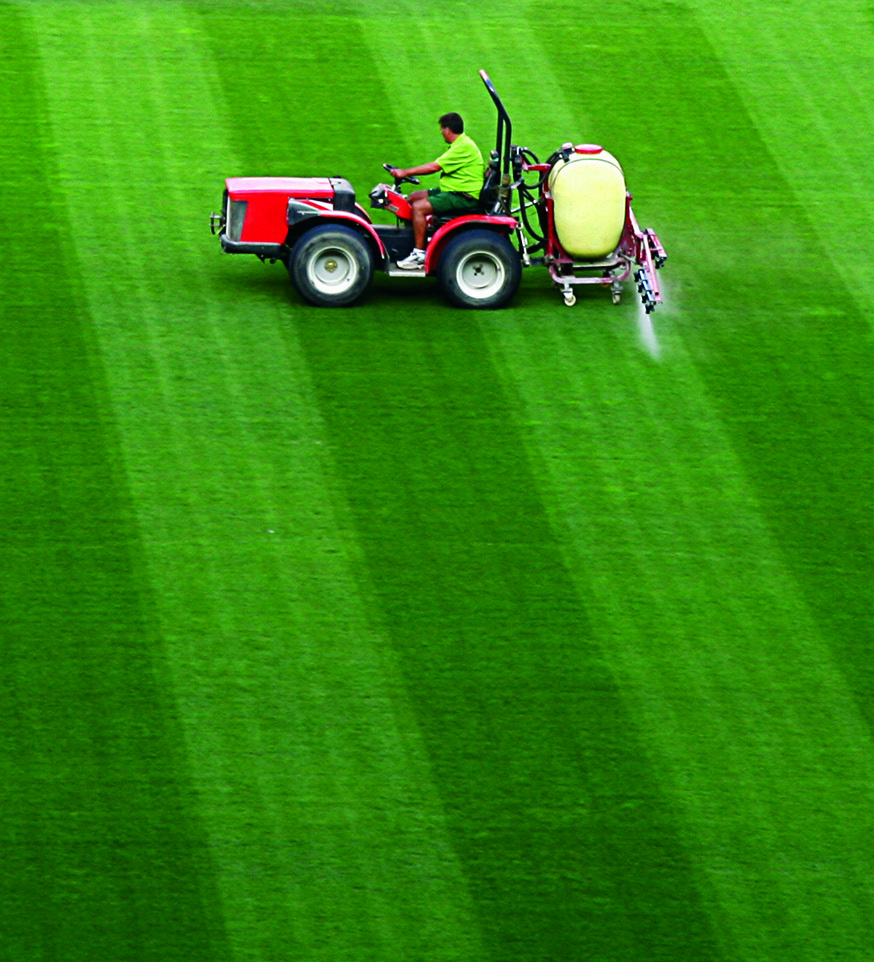 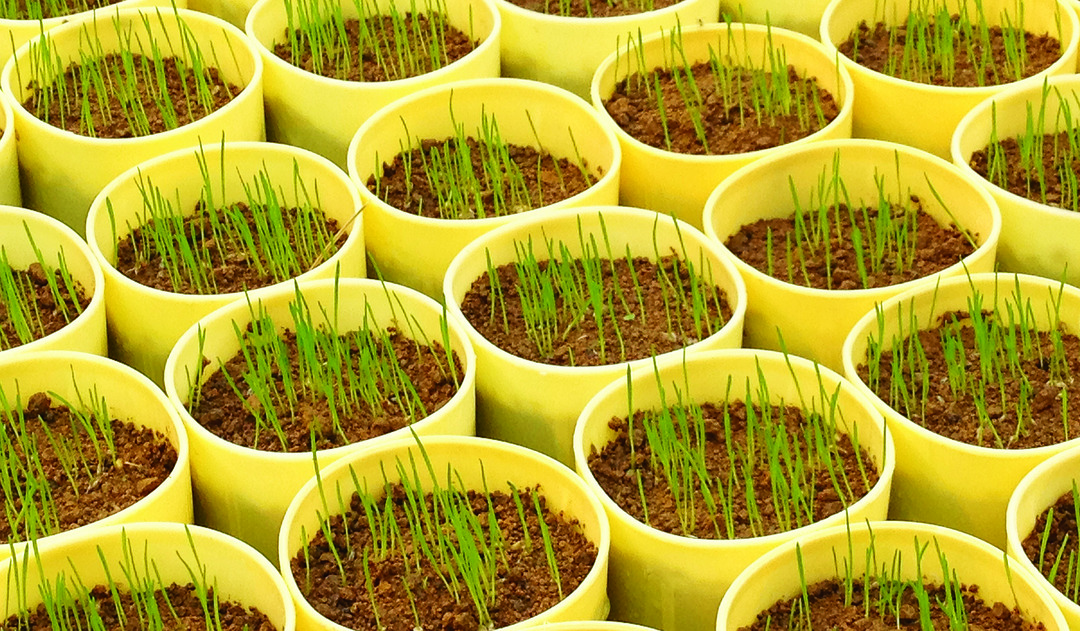 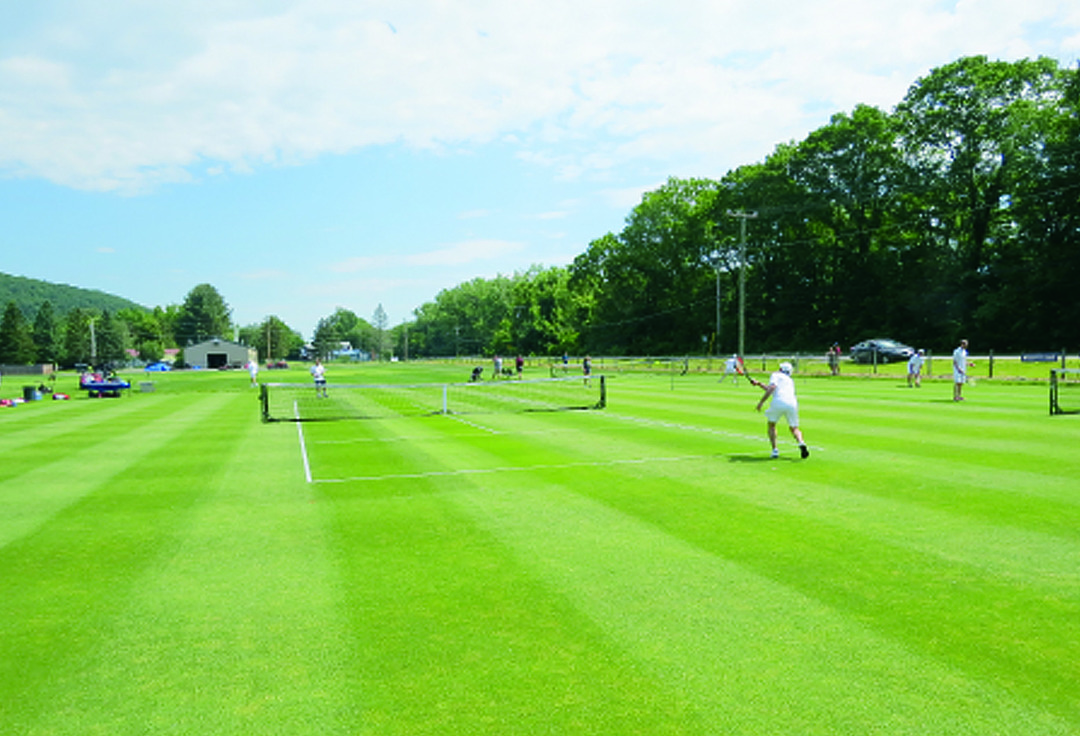