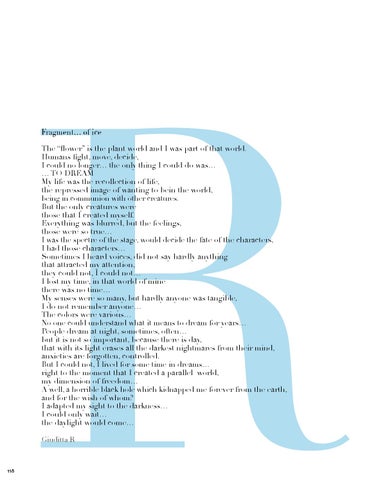 The “flower” is the plant world and I was part of that world. Humans fight, move, decide, I could no longer… the only thing I could do was… … TO DREAM My life was the recollection of life, the repressed image of wanting to bein the world, being in communion with other creatures. But the only creatures were those that I created myself. Everything was blurred, but the feelings, those were so true… I was the spectre of the stage, would decide the fate of the characters, I had those characters… Sometimes I heard voices, did not say hardly anything that attracted my attention, they could not, I could not… I lost my time, in that world of mine there was no time… My senses were so many, but hardly anyone was tangible, I do not remember anyone… The colors were various… No one could understand what it means to dream for years… People dream at night, sometimes, often… but it is not so important, because there is day, that with its light erases all the darkest nightmares from their mind, anxieties are forgotten, controlled. But I could not, I lived for some time in dreams… right to the moment that I created a parallel world, my dimension of freedom… A well, a horrible black hole which kidnapped me forever from the earth, and for the wish of whom? I adapted my sight to the darkness… I could only wait… the daylight would come… Giuditta R 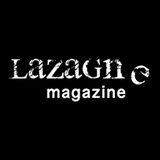