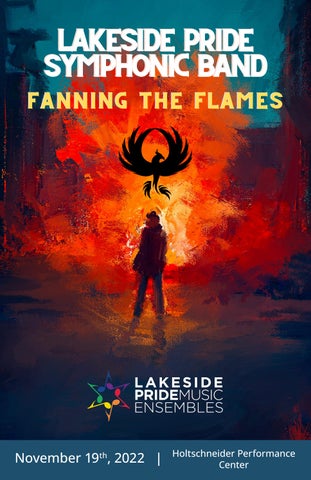 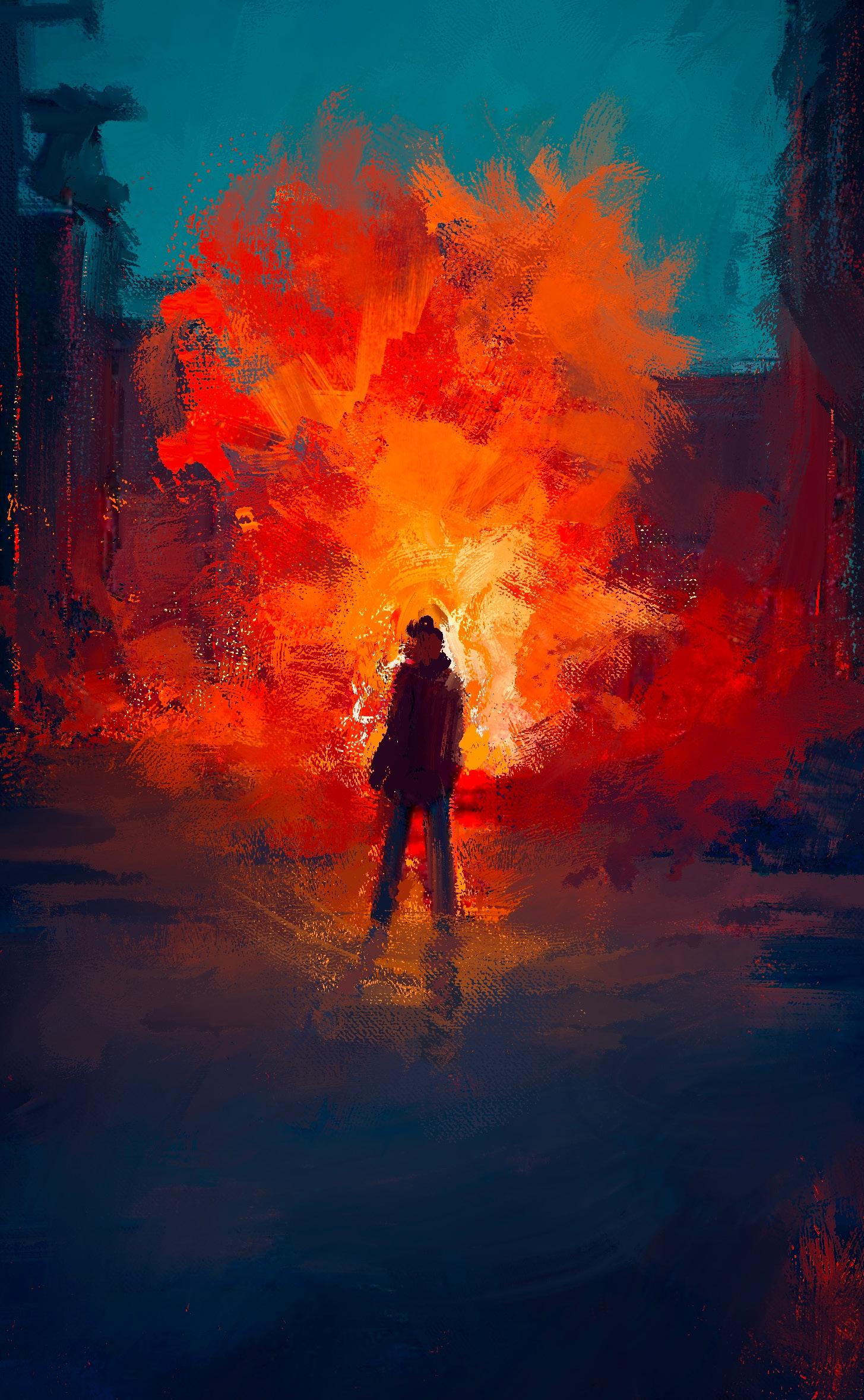 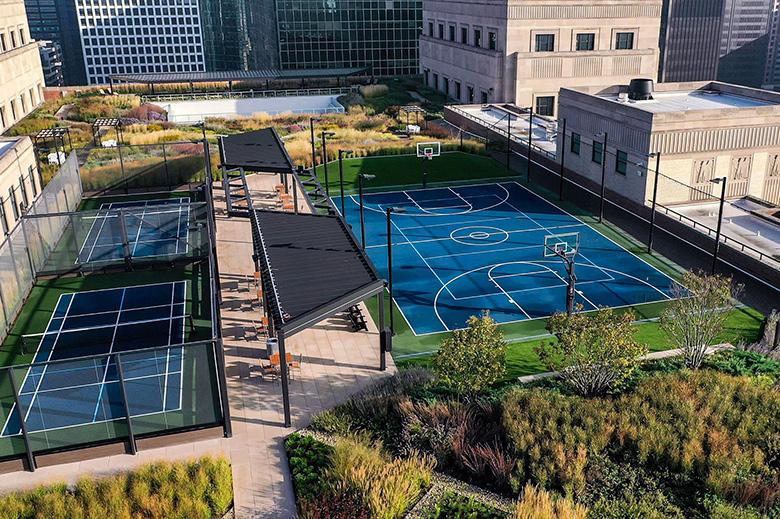 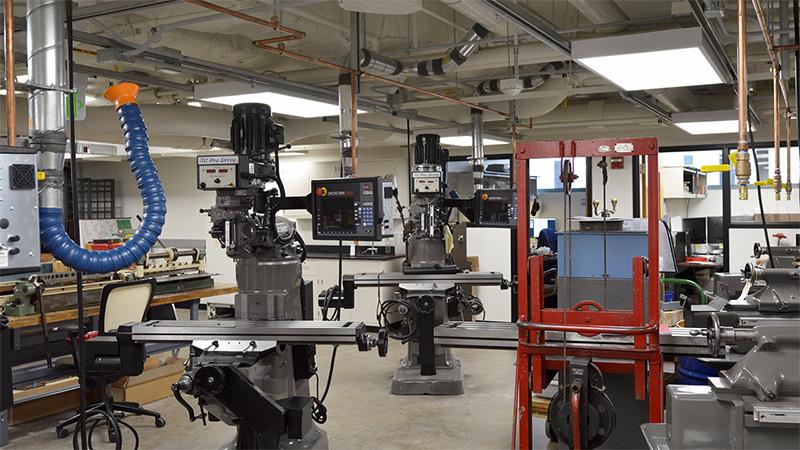 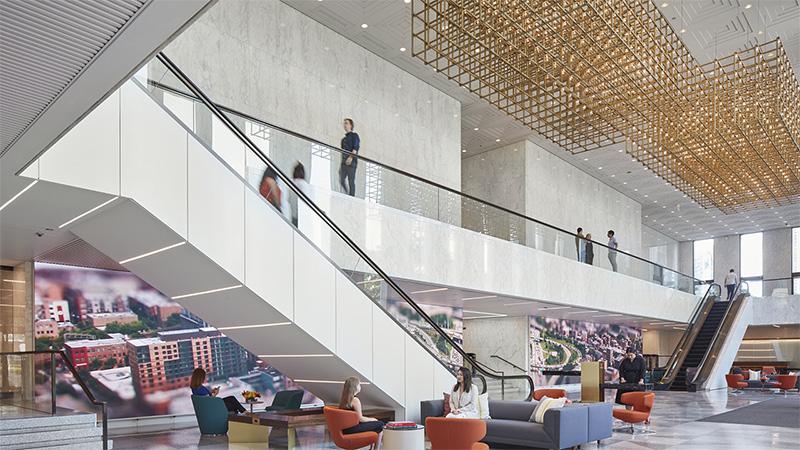 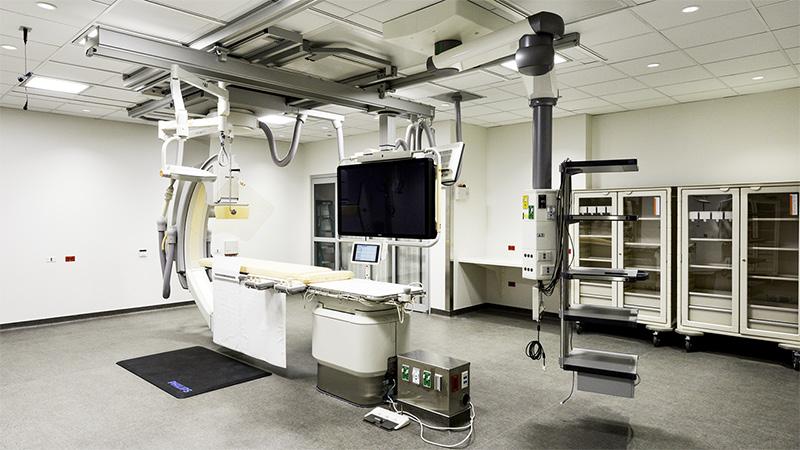 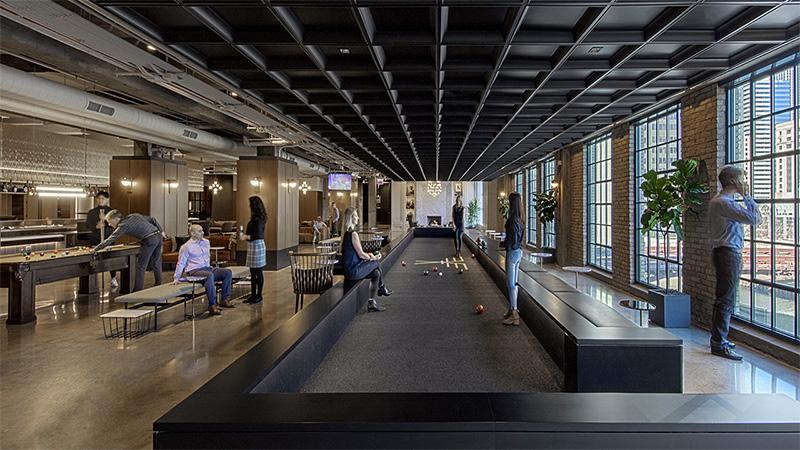 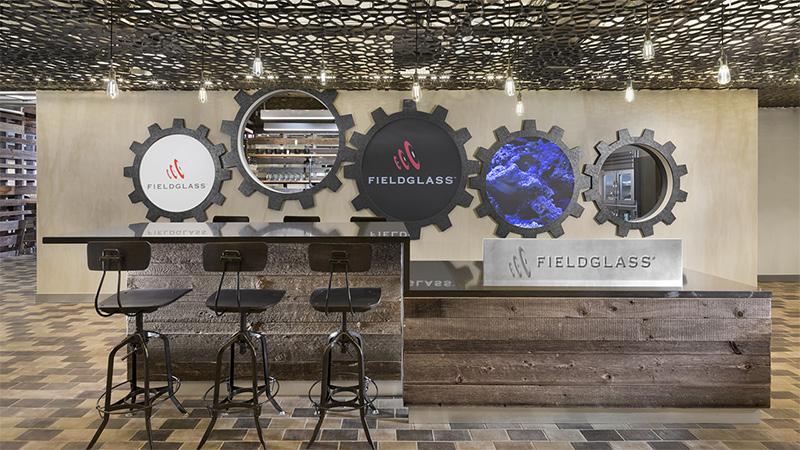 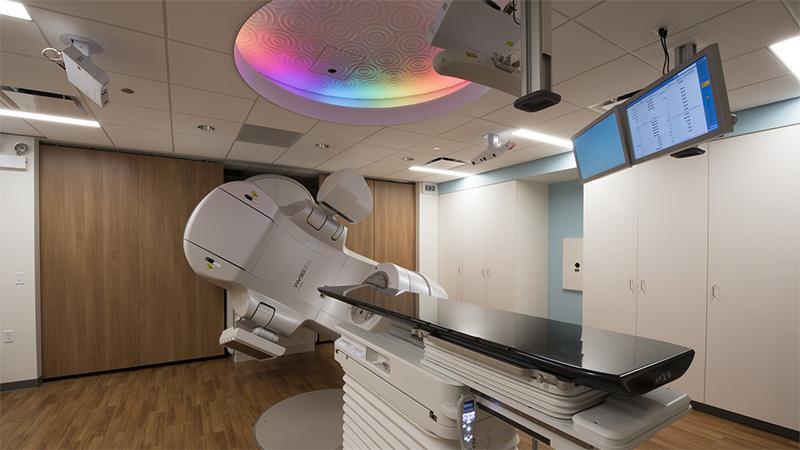 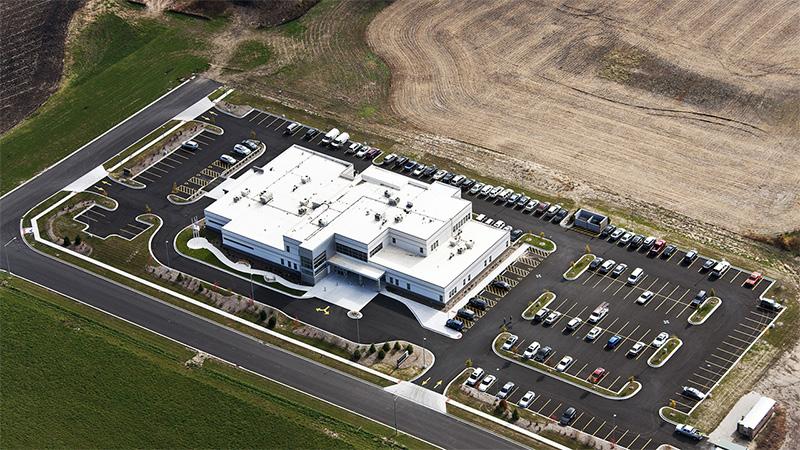 Thank you for joining us for this performance tonight and upcoming shows across Chicago. Over the past decades, we’ve brought together Chicagoans of different sexualities, genders, ages, and cultures to share in the universal language of music, building a community that honors our origins and connects each of us.

This year’s season is entitled Rise, which encapsulates the LGBTQ community’s ongoing struggles and its persistence to resolve them, whether that be to survive, to thrive, or to live in harmony with each other. Lakeside Pride is no different, and as we’ve adapted to the pandemic, we find ourselves stronger and more resilient than ever. We continue to be a welcoming family for our members and friends across the Chicagoland area.

We’ve risen to the challenge of keeping our community safe, healthy, strong, and exuberant. We’ve overcome adversity from the pandemic and societal unrest, and continue to use our platform to inspire our members and audiences to join us in our revitalization. We still have lots to do, and many barriers to overcome. But by banding together we can continue to change hearts and minds, grow as a community, and heroically rise to any occasion.

Our membership levels continue to rise - we are now upwards of 400 members strong across 14 different ensembles! And it’s because we know as much as we value the music we share, it’s this loving community that has been established decades ago and continues to be strong.

In closing, we thank you for your continued support of Lakeside Pride, our members, and our mission. It’s because of audience members like you that we’ve been able to return to this moment of revitalization and renewal. We hope this performance, and the many throughout our season, inspire you to rise in applause! 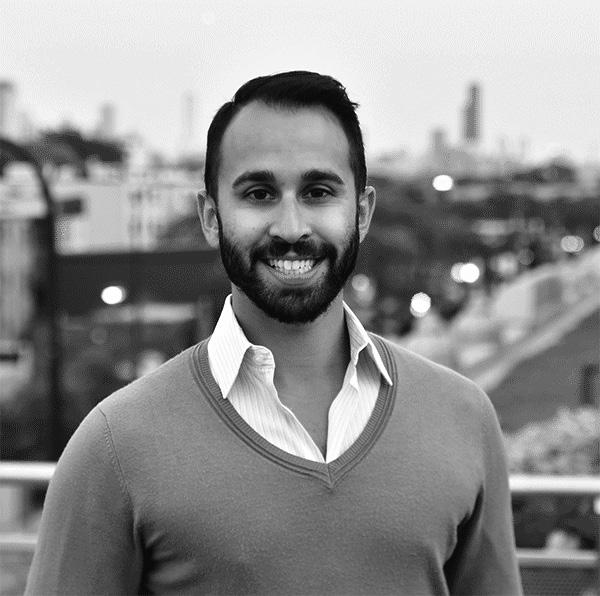 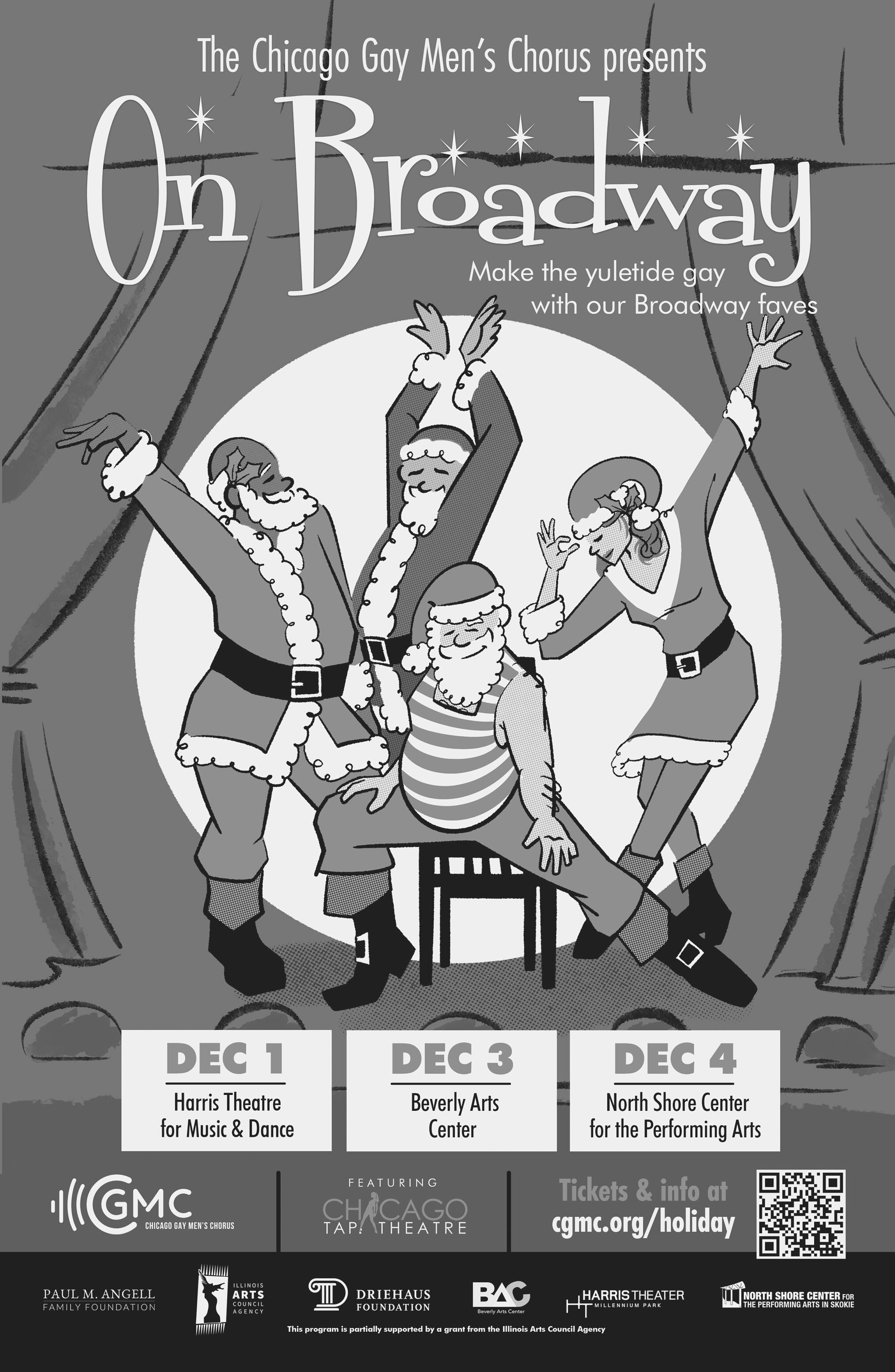 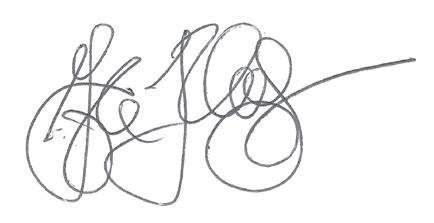 Our 2022-2023 concert season - Rise - is a multifaceted reflection of our current society. From where, and towards what, are we rising? That depends on who you ask and when you ask them.

Tonight’s Program - Fanning the Flames - suggests points of departure in these hypothetical ascensions from wherever we’ve collectively fallen. We begin with Frank Ticheli’s pyroclastic portrayal of the fall of Pompeii in Vesuvius, followed by Catherine Likhuta’s somber, hopeful, and recent reminder that we don’t have a Planet B. Perhaps most on-the-nose of our stepping-off points is Robert W. Smith’s Inferno (from The Divine Comedy), which depicts his vision of hell, and humanity’s sins of incontinence (no, not that kind), fraud, and violence. We conclude the first half of tonight’s program with Kevin Day’s musical response to ever-more-prevalent sins of violence, Requiem for the Unarmed. We then welcome composer Christen Taylor Holmes to the audience with a performance of their work Griffin, inspired by Miss Major Griffin-Gracy, a Chicago-born trans activist who was present at the Stonewall Riots in 1969. Tonight’s concert will conclude with the inspiration for the program’s title and artwork: Excerpts from Igor Stravinsky’s Firebird Suite.

Lakeside Pride is a family of more than a dozen no-audition ensembles for musicians of all skill levels. Something new is always starting up and we’d love to see you at rehearsal, even if it’s been years since you’ve played. We’re certain there’s an ensemble that’s right for you! Find out how to join at lakesidepride.org/join 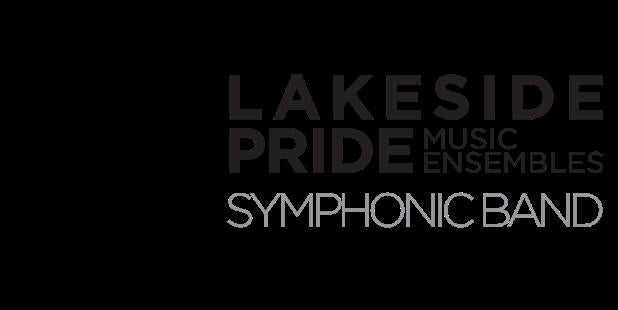 Requiem for the Unarmed 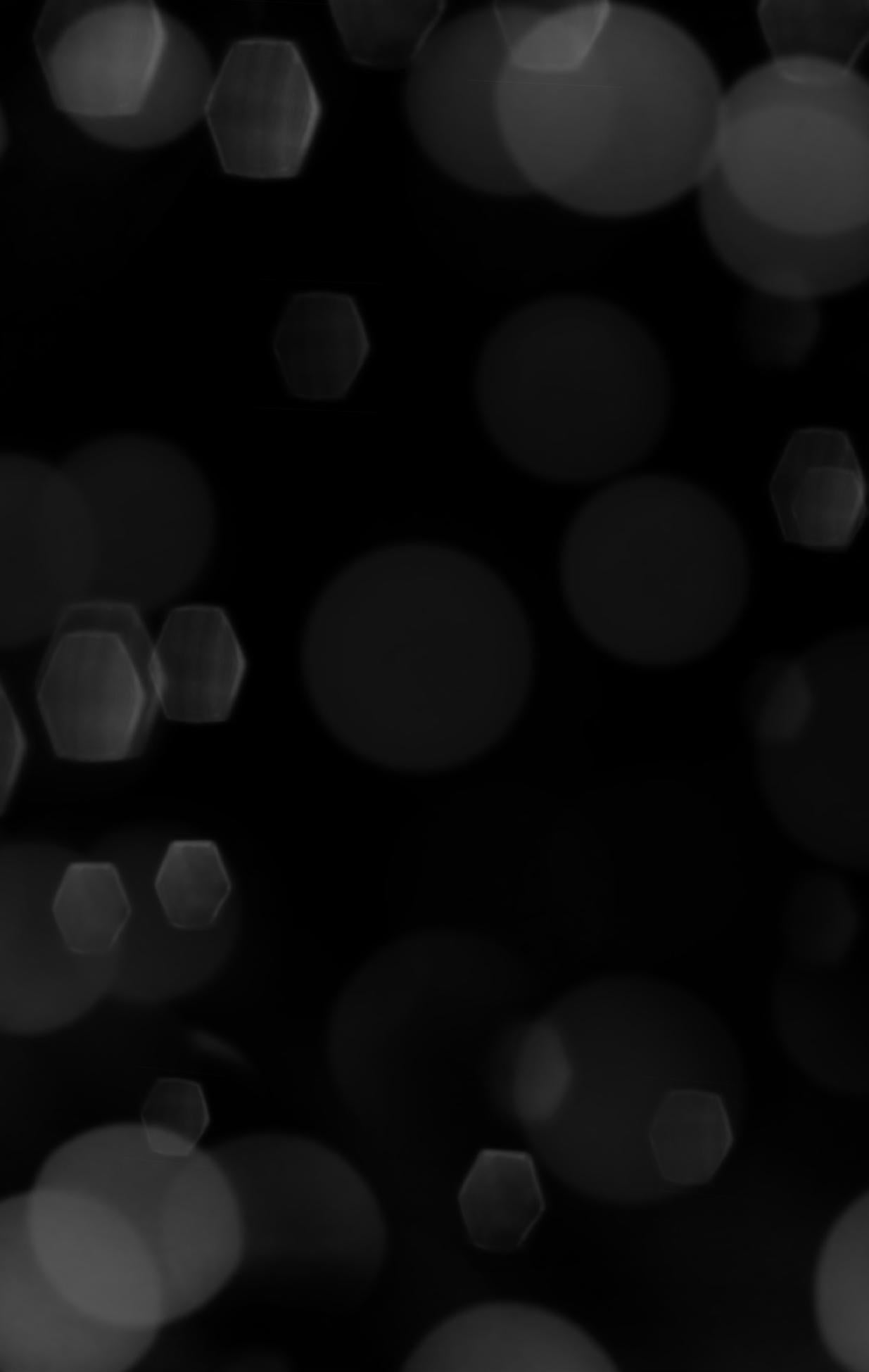 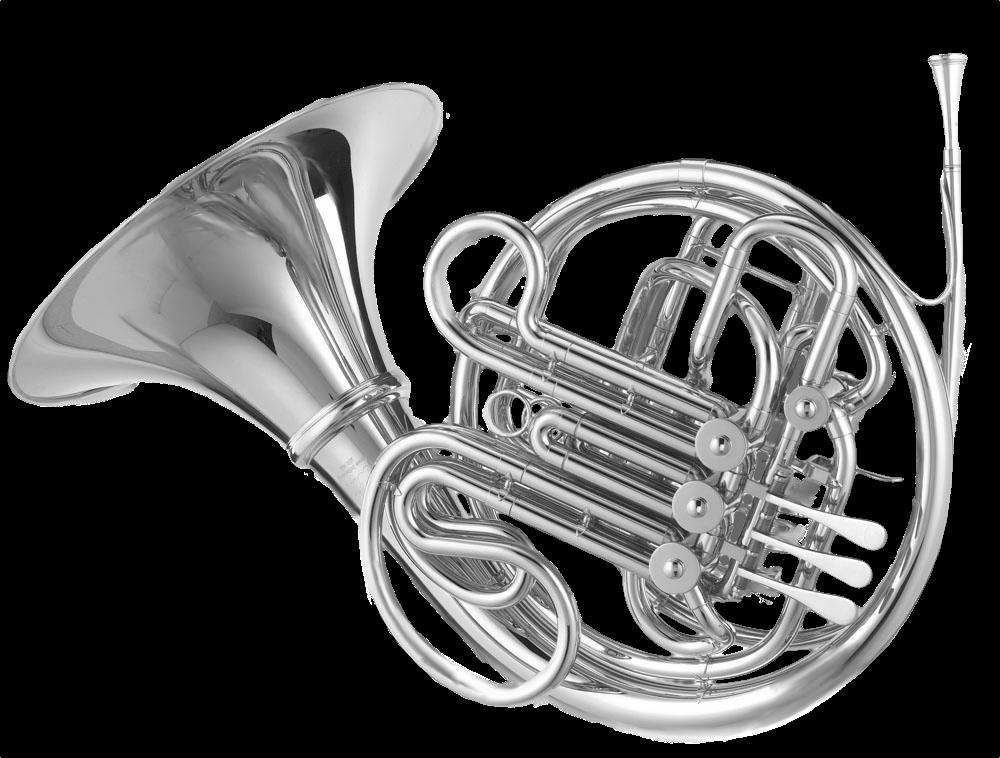 Kyle Rhoades has been the Artistic Director of the Lakeside Pride Symphonic Band since 2008. He holds a Bachelor’s Degree in Music Education from the University of Illinois at Urbana-Champaign and a Master’s Degree in Music Education from VanderCook College of Music. His conducting influences and teachers include Professors Craig Kirchhoff, Mallory Thompson, Peter Griffin, H. Robert Reynolds, and Charlie Menghini. 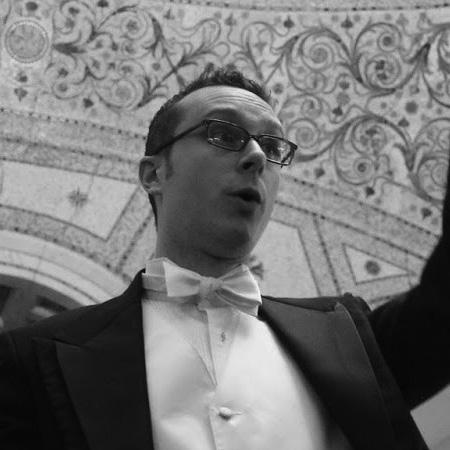 As a trumpet player, Kyle performs regularly with the Northshore Concert Band, and has performed with the Wheaton Municipal Band, the Prairie Brass Band, and Mariachi Fenix of the University of Chicago. He is a high school band director, general music teacher, and musical producer in School District 401.

As a music arranger and chamber musician, Kyle has prepared more than sixty pieces for brass quintet. In addition to the concert and marching band arrangements he’s created for his own students, Kyle has been commissioned to arrange works for the West Towns Barbershop Chorus, Downers Grove North Bands, and the Chancel Ringers Handbell Choir. 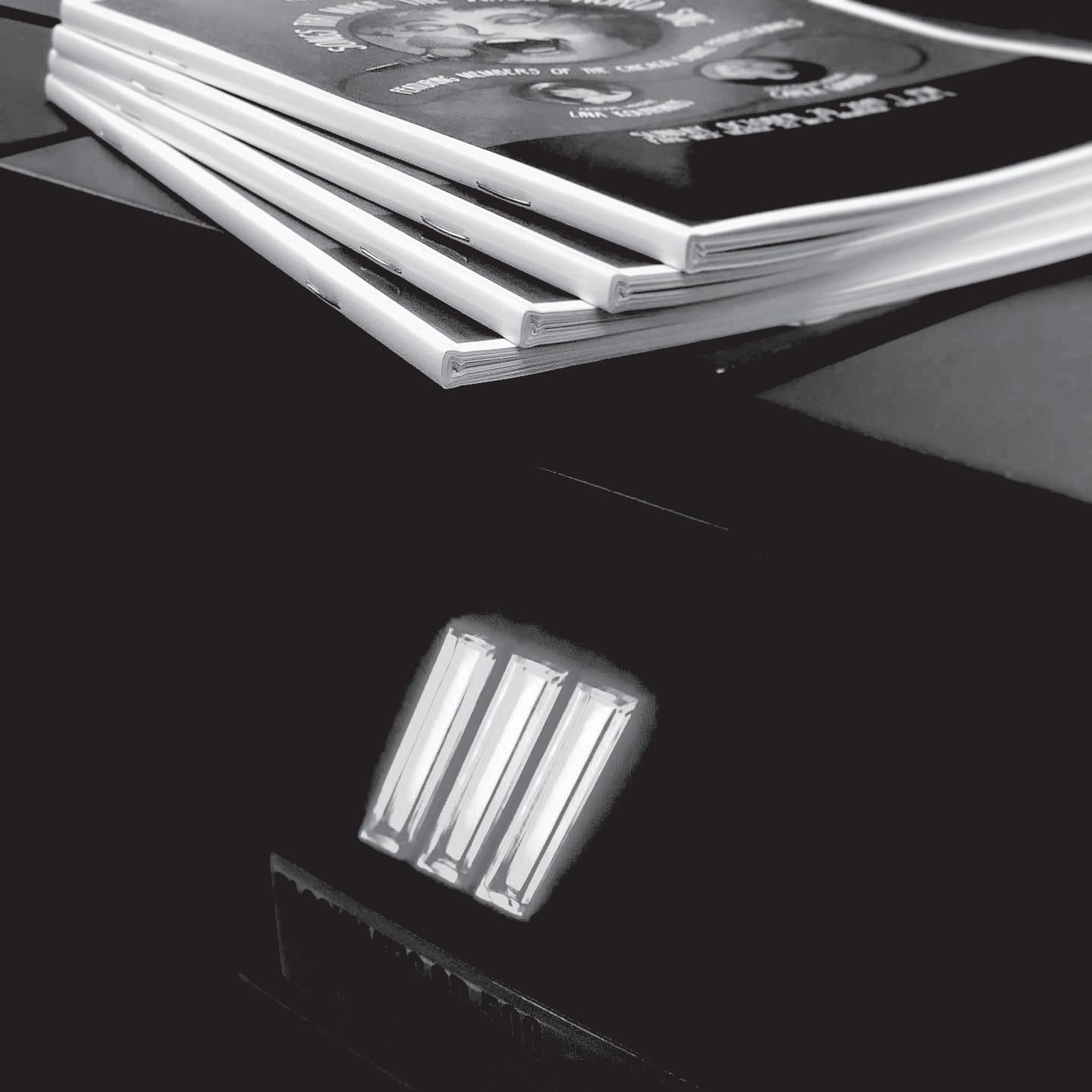 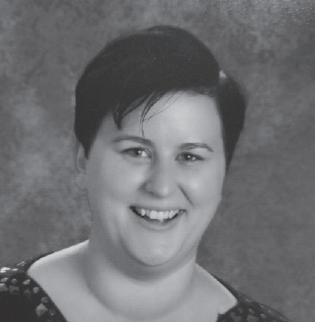 Prior to her current role as an Account Executive, Jackie taught middle school and beginning band for twelve years in LaSalle, Westmont, and Naperville, Illinois. Jackie performs regularly as a clarinetist with the Naperville Winds and the Lakeside Pride Symphonic Band, where she also served as clarinet section leader from 2018 to 2021. She has previously performed with the Illinois Valley Community College Wind Ensemble, DeKalb Municipal Band, and Wheaton Municipal Band. 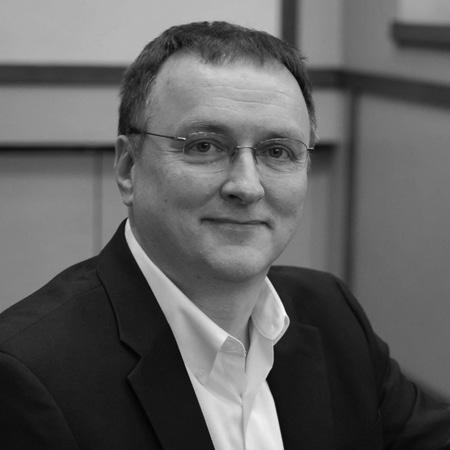 From the moment DAVID PATTERSON (Researcher/Writer/Master of Ceremonies) demonstrated his ability to sing “Georgy Girl” and “Downtown” from memory at age four, his parents knew he was destined to become a musician. And most likely a homosexual. Over time, his penchant for loitering in libraries led him to a career in academia as a music historian (with a Ph.D. and everything!), specializing in the kind of modern music that has been known to clear a crowded room in under thirty seconds. Today he is an independent scholar, conducting his own research, writing, and talking about all sorts of music to audiences in venues ranging from professional conferences to concert halls to retirement communities. In David’s specific role as Master of Ceremonies for the Lakeside Pride Symphonic Band, his idols and influences include Gene Rayburn, M.C. Hammer, M. C. Escher, and Ol’ Dirty Bastard during his Wu-Tang Clan period.

Christen Taylor Holmes (b. 2000) born and raised in Southern Maryland is an emerging Composer and French Hornist. They graduated from Calvert High School in 2018 and is currently at the University of Maryland where they are in the process of earning a Bachelor of Music in Music Composition and a Bachelor of Science in Information Sciences. Through UMD, they have experienced many fantastic opportunities like collaborating with professional chamber groups such as Music and Dal Niente, participating as a Fellow for the Sphinx Connect Conference in Detroit, MI, working with student musicians for public performances, collaborating with the University of Maryland’s theatre department, being a sister of the Sigma Alpha Iota Gamma Epsilon chapter, and participating as a student ambassador for the Arts and Humanities College. 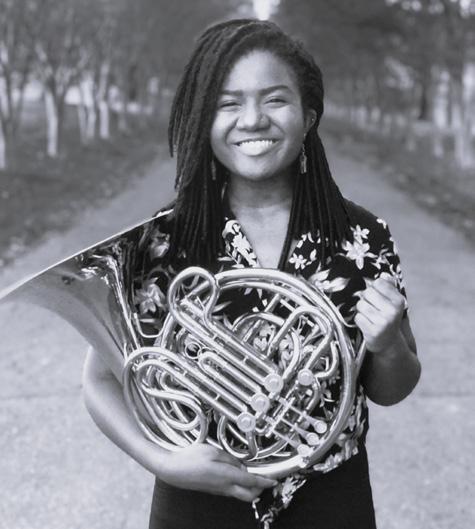 After they graduate in 2023, they plan to work in various Data Science fields while simultaneously building on their music career. Holmes aspires to compose music for Visual Art and/ or Video Games, singer/songwriters, public school systems, community organizations, and purse work in the Music Administration to create safe spaces for marginalized groups within Classical music, fund music programs, and generally make Classical music more accessible for anyone who wishes to participate. 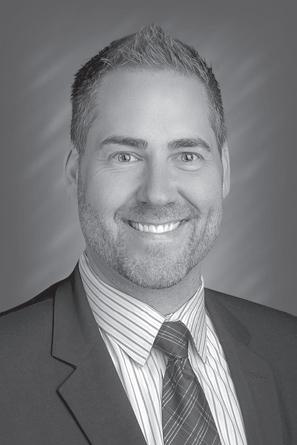 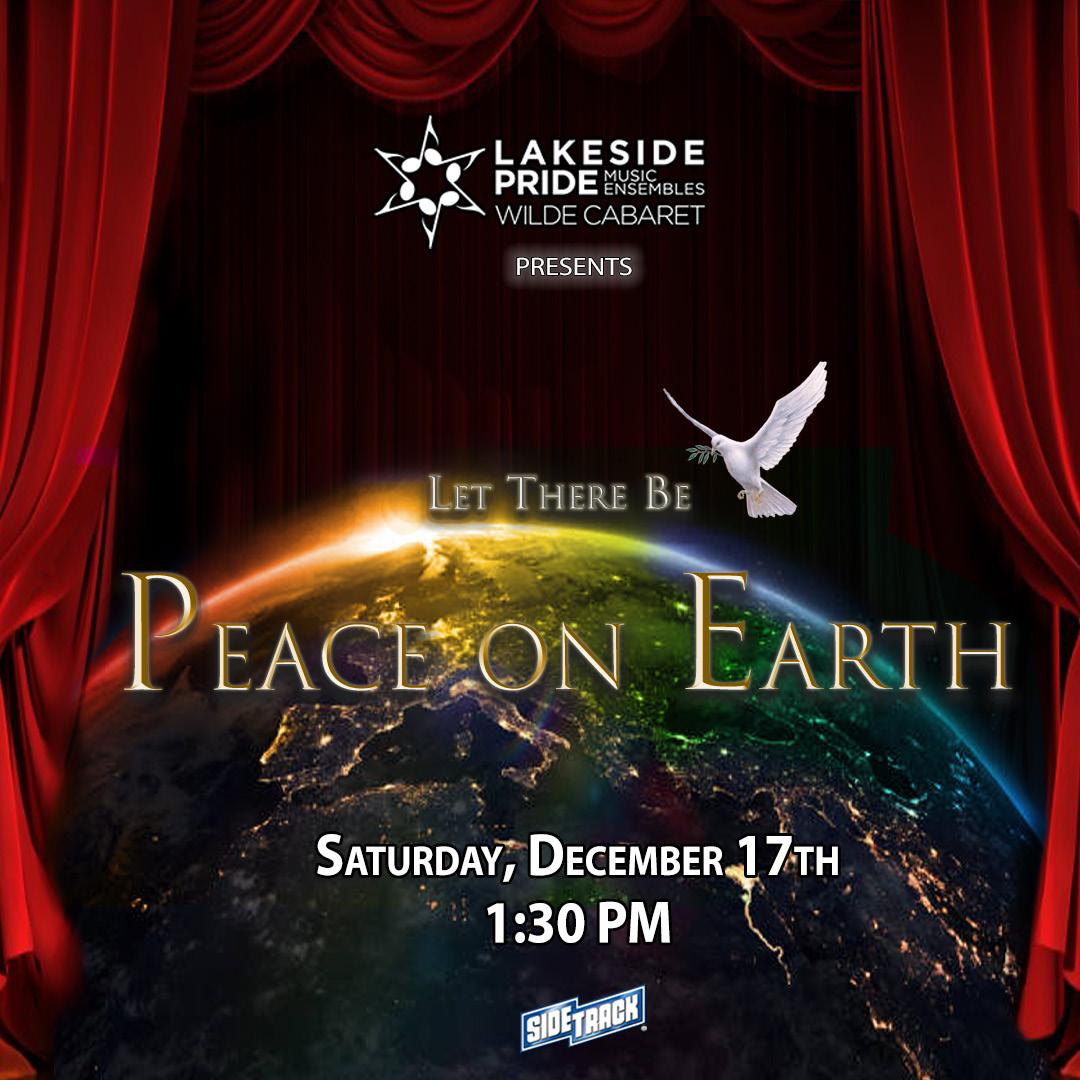 Special Thank You!
Thank you to all our volunteers, donors, partner organizations, DePaul School of Music, Ross Guthrie with Hampton Inn & Suites Chicago-Downtown, our musicians, and our audience members. We hope you enjoyed the show and see you at our next events! Visit lakesidepride.org/events

Play in a South Side 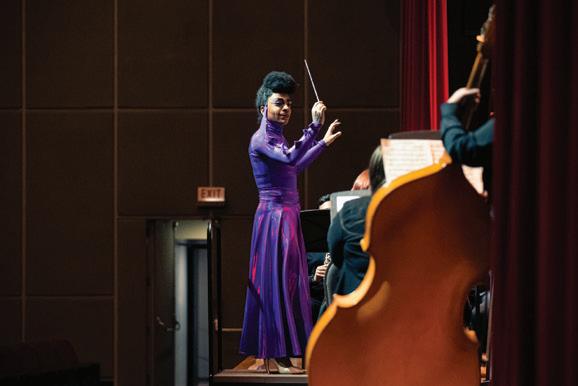 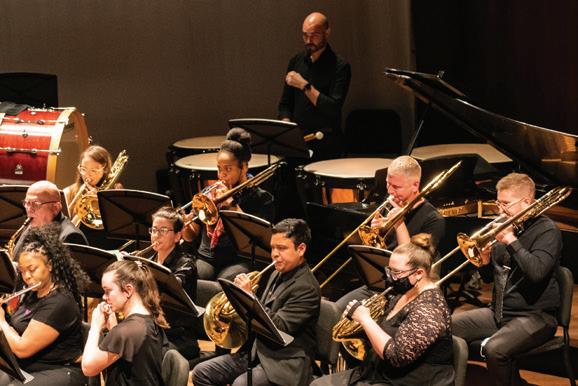 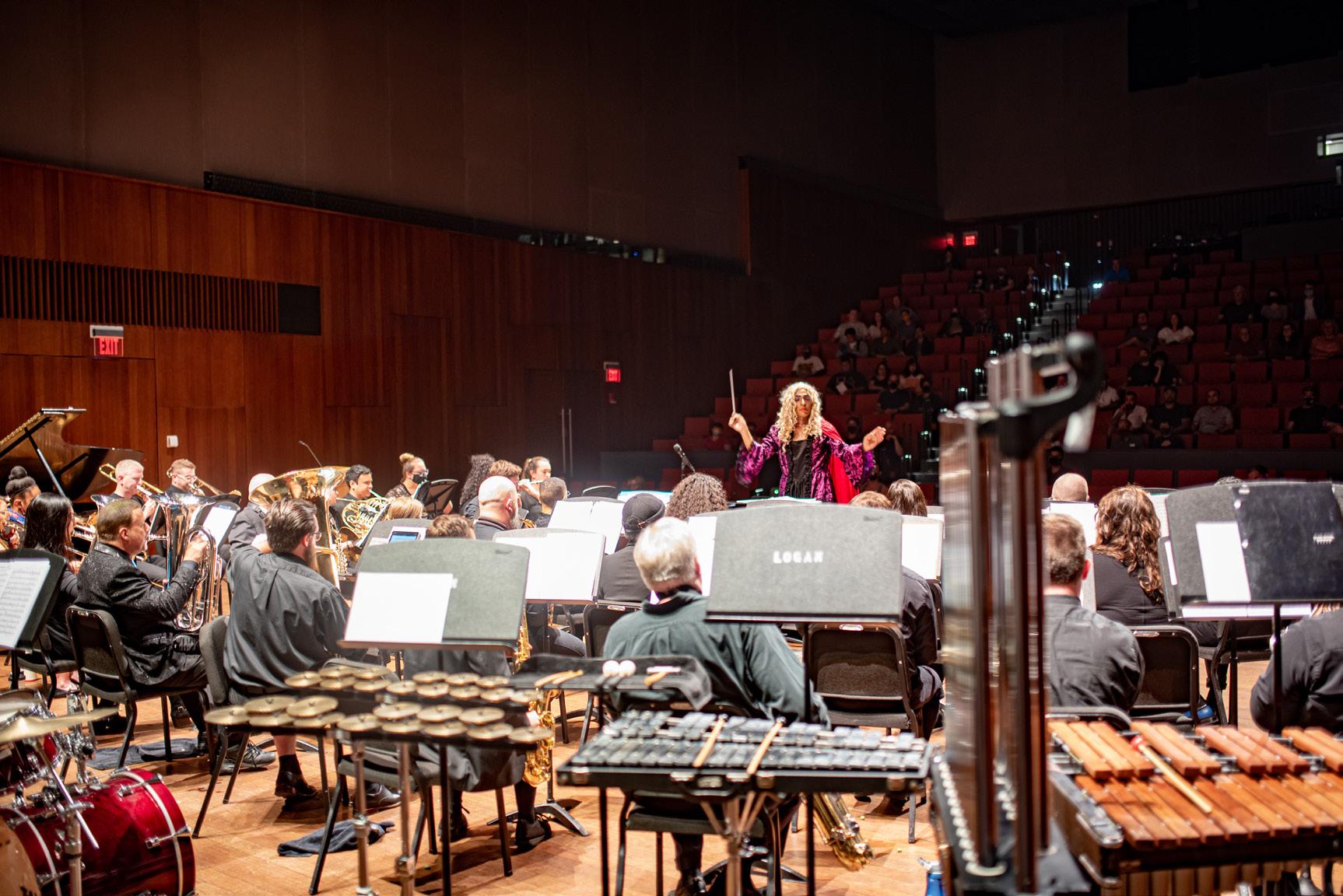 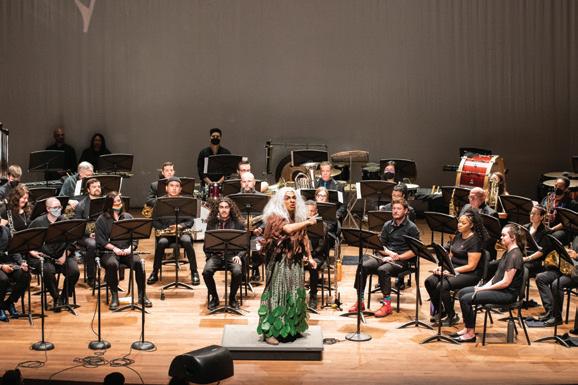 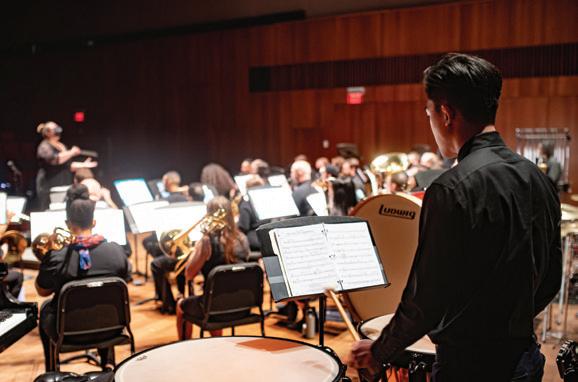 LAKESIDE PRIDE POPS ENSEMBLE
We
Scan here for more info!
LGBTQ+ community band! The Lakeside Pride Pops Ensemble is directed by one of the only drag queen conductors out there: Manic Maxxie! Come play musical medleys, movie soundtracks, pop arrangements, and more.
offer a musical outlet for members and friends of the LGBTQ+ community. Rehearsals are Thursday nights at the VanderCook College of Music in Bronzeville.

The incandescent Lakeside Pride Symphonic Band is eager to start our next concert cycle. In our season’s latest theme, “Rise,” our sound fans the flame of change. With BIPOC composer Kevin Day’s "Requiem for the Unarmed," we pay tribute and respect to the lives lost to racial injustice in our country. We’ll fight for the future of our Mother Earth in Catherine Likhuta’s "Planet B." Then take a trip to the pits of despair in Robert W. Smith’s "The Inferno" from the "Divine Comedy.” And when we think all hope is lost, Igor Stravinsky’s "Firebird Suite" will stoke the dying embers, a reminder that good will always triumph over evil. You’ll be inspired by these pieces and more as we ignite change in others striving for a better tomorrow. 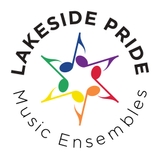