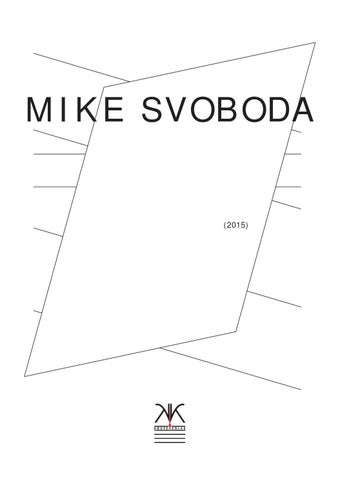 for four saxophones and four trombones

Study No. 4 - Double Canon is conceived to be played outside in an open space. The saxophones should play in the middle of the audience facing outwards. The trombones are behind the audience, a great distance apart from each other, perhaps 50-60 meters across, and each ca. 25-30 meters from the saxophone group. The piece should not be conducted. The performers play from a performance score and coordination between the two groups is purely aural. The intonation is based on a 3/5/7/11/13 limit Otonality, as used by Harry Partch. Since it is highly unlikely that the players will have the time learn the tuning exactly – nor might it be possible to hear each other at the distance so well – , it is suggested that the players use tuners, certainly the trombonist. In addition, approximations of the tuning is given using 1/8 and 1/4 tones in combination with + and - signs. The exact cent deviation from equal temperament is given for reference to the tuner. In the first 6 pages, the two quartets play independently of each other regarding tempi, meter and baring. Therefore the entrances of the groups are marked with numbers 1 to 14 in circles to aid in rehearsals. Starting at page 9, measure 15, the two groups are conventionally coordinated, notated on the same page, and the bar numbers not encircle 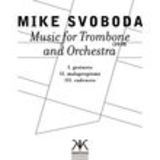 Commissioned by the Festival Rümlingen and premiered in Rümlingen, Switzerland on August 30th, 2015 by the Aeterea Saxophone Quartet and le...

Commissioned by the Festival Rümlingen and premiered in Rümlingen, Switzerland on August 30th, 2015 by the Aeterea Saxophone Quartet and le...