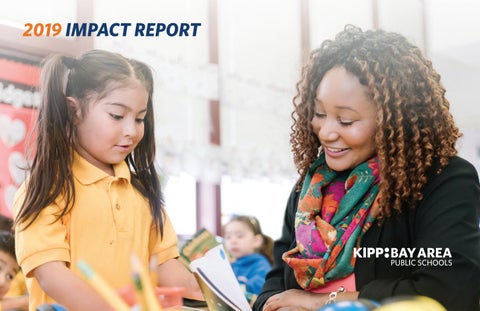 THE KIPP DIFFERENCE Our Student Community At KIPP, we believe all children should grow up free to create the future they envision for themselves and that schools can and should be a critical factor in making that vision a reality. We started with just one class of middle schoolers in West Oakland in 2002. Over the years, we recognized we could have a much deeper impact if we started earlier and supported kids longer.

Today, we are a thriving network of 15 public elementary, middle, and high schools open to all students. We’re laying strong foundations in early childhood and building on that support until the day our alumni earn their college degrees. Together with families and communities, we create joyful, academically excellent schools that prepare students with the skills and confidence to pursue the paths they choose—college, career, and beyond—so they can lead fulfilling lives and create a more just world.

STARTING STRONG Elementary School Our commitment to students and families starts on the first day of kindergarten. Our elementary schools are safe, loving places where students develop curiosity and empathy. Academically, our top priority is cultivating early literacy skills.

Our students are leaving elementary school with stronger reading and math skills than their peers at neighboring schools.*

“ It’s not just about my kids; I want everyone in our community to be able to have the amazing experience we’re having. Parents, teachers, and students are working together to build something that empowers everyone.” –ALINA ARROYO, KIPP PARENT

BUILDING ON FOUNDATIONS Middle School In fifth through eighth grade, we support students to further develop their critical thinking skills, find their passions, and use their voices.

According to independent research, the impact of attending a KIPP middle school would be almost large enough to erase the nationwide racial disparity in college enrollment rates.*

“ Middle schoolers are special people. Our KIPPsters are unapologetically and authentically themselves. They want to be connected, and they want to be seen as their best selves.” –PHILONDA JOHNSON, MANAGING DIRECTOR OF SCHOOLS

PURSUING A PASSION, PURPOSE, AND PLAN High School We know that our students are best supported when they attend a KIPP high school. In high school, our students take AP classes, learn to code, play instruments in the band, join student council, and regularly meet one-on-one with college advisors. The bottom line is that we’re committed to helping every student graduate with a passion, purpose, and plan for what’s next.

AP For All We believe that all students deserve access to rigorous coursework and have recently launched our AP for All initiative to end racial, ethnic and socioeconomic gaps in AP course enrollment in order to better prepare all students for college. Our AP participation and success rates prove students are rising to the challenge.

KIPP Bay Area high school students are over twice as likely to participate in an AP course as the average California student.

WHAT’S NEXT College, Career, and Beyond KIPP is unique in that we support our students to and through college. We provide structured support focused on college readiness, persistence, and completion until the day alumni receive their college degrees. Today, our alumni are serving their communities— as entrepreneurs, nurses, software engineers, and teachers, including dozens of our alumni who now work at KIPP Bay Area.

“ KIPP has always been a part of my journey; their commitment didn&#39;t end in high school. My KIPP teachers and college counselor helped me every step of the way.&quot; –SHEYLA LOPEZ, UC MERCED, CLASS OF 2016; KIPP SF BAY ACADEMY

OUR GRATITUDE KIPP Bay Area Public Schools is pleased to honor our campaign supporters who have been instrumental in driving our growth since 2011. AMBASSADORS

The mission of KIPP Bay Area Public Schools is to operate high-achieving public schools in educationally underserved communities. To provide students with the knowledge and character skills essential to thrive in college and above all, positively impact the world. 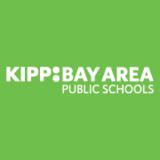