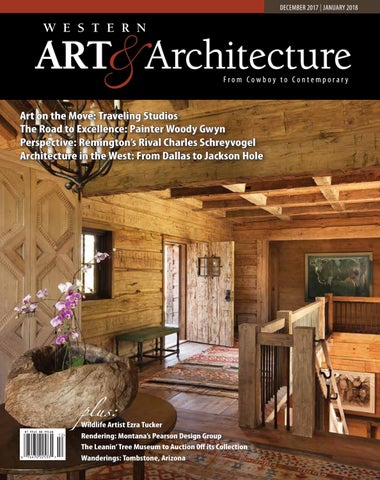 hen Ezra Tucker was a small boy in Memphis, Tennessee, he became obsessed with zoologist Marlin Perkins and “Mutual of Omaha’s Wild Kingdom.” Thanks to that television show, Tucker began to haunt the local library, searching for images of various animals in motion. His parents were subsistence farmers who moved to the city, so they weren’t particularly encouraging when Tucker began to show an interest in art. His father thought he would be better served to find something more stable to support himself, telling him, “The only artists I ever hear about are starving artists.” But Tucker’s passion was fired, and he began drawing and painting whenever he could.

Under the Bridge Acrylic on Board | 40 x 30 inches

Tucker attended the Memphis Art Academy and completed a bachelor’s degree of fine arts in advertising and design. And it seemed he had landed the ideal job for someone whose passion was wildlife painting when he was hired by Hallmark Cards. “But when I interviewed for that job, they told me I would get a chance to do wildlife portraits; it turned out that you have to work your way up to that privilege. When I found out it would take 10 or 15 years, I started to look for other opportunities, and I ended up doing a lot of freelance work for magazines — Outdoor Life, Boys’ Life ...” Finally, after five years, Tucker decided he’d had enough of painting flowers for Hallmark and he made the big move to California in 1983. He had met his wife at Hallmark, where she also worked as an artist, and they packed up and moved to the Los Angeles area. Because of his freelance work, he had established a solid enough reputation that it didn’t take long to find an agent in Los Angeles who set him up with work drawing illustrations for advertising and film. The work suited his approach to art perfectly. “I tried painting out in the open a few times, but that was never the right approach for me. I prefer to work in a studio. So I still collect photographs of wildlife, or I go to zoos and take photos of my own,” he says. Desert Royalty Acrylic on Board | 40 x 30 inches

A Little Annoyed Acrylic on Board | 15 x 40 inches

Tucker’s reputation has grown steadily over the years, so that he was eventually able to leave the city and move to a place where he’s closer to the wildlife itself. “We moved to

legs, or the tail, so it looks as if the animal is emerging … it

just south of Denver. And we love it here.” Tucker still does a lot of work for commercial clients, but he also has time for private commissions as well.

One example of this is a painting simply titled A Little Annoyed. The piece is of a fox reclining, with nothing behind it but a conglomeration of colors, suggesting the outdoors.

“Tucker is an artist who really captures the soul of his

The animal looks ready to move, with an alert expression.

Unlike the marble eyes of a stuffed animal, this one feels

Jackson Hole, Wyoming, which represents the artist. “I

went to the Southeast Wildlife Exhibition about three years ago, and of course they have hundreds of artists at this

Tucker also brings humor to his work, as with a piece called Sushi, which depicts two cranes fighting over a small fish.

event, and Ezra was the only artist I chose to contact to

In his own words: “I represent the beauty and majesty

represent. I’ve been at this gallery for 40 years, and wildlife

art is my passion, but I saw something in his work that just

preservation of our planet’s varied species.”

Tucker’s work has been featured in galleries across the

Leshe mentioned a couple of aspects of Tucker’s work

country, including the Kennedy Center in Washington,

that make it distinctive and that also create challenges for

D.C. and the Texas Rangers Historical Museum in Austin,

the artist, obstacles that a lesser artist might not overcome.

Texas. In addition, he has won numerous awards and two of

“He never has a background, so you are completely focused

his paintings are in the permanent collection of the Booth

on the animal, which means that if he had any weaknesses

Western Art Museum. A limited-edition book of his work,

as an artist, it would show in the work. That kind of detail

A Moment in Time, is also available.

requires that the artist also be an excellent sketch artist, or

the flaws would certainly show,” she explains. “Tucker also

Russell Rowland is the author of four novels, most recently

has an interesting approach in that he sometimes leaves one

Fifty-Six Counties: A Montana Journey. He lives in Billings,

little part of each piece unfinished. Sometimes it’s one of the