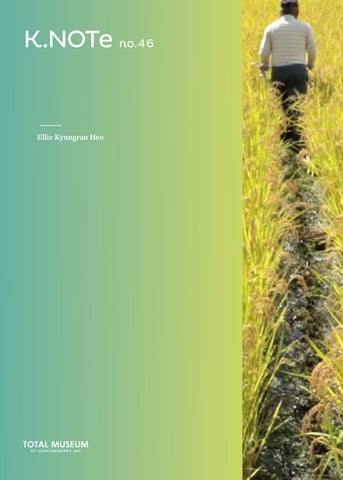 K.NOTe #46 Notes Towards an Ecology of Empathy in the films of Ellie Kyungran Heo Gareth Evans Film Curator at Whitechapel Gallery

Attention is the rarest and purest form of generosity. - Simone Weil In the world we are making, in the ‘public’ world, it is becoming increasingly hard to be gentle. Perhaps it always was. There are of course, many acts of gentleness privately and even socially rendered but the concern here is how, without ridicule and in hope of a serious reception, an artist might communicate this quality, might suggest it as a way of being in the world and a means by which one might further engage. How, in this case, and without it being the declared intention or primary thematic concern of the work, she might craft an ‘image’ of gentleness that avoids kitsch or the quicksand of sentiment and which can communicate itself, with a lyrical lightness of touch and an always keenly felt rigour, as valid both to the experience presented and as a model for future behavioural possibility; for personal and collective action (it is important here to confirm, of course, that gentleness is not only a tactile or textural trait, but a profoundly moral and outward-facing one, and one which we might, from now on, term empathy, and which the maestro of American prose, George Saunders, acclaimed widely for his possession of it, has described as ‘wide-open awareness’). For several years now, Ellie Kyungran Heo has been quietly crafting a body of moving image work - produced in South Korea, 6

London and Japan - that, among its many qualities and aims, has repeatedly attempted - never overtly but from deep in the material and philosophical facts of its making - to answer the question raised above. In films of significant durational variation, but always with a quietly consistent eye, she has tested the ability of the medium (both visually and sonically) to establish, inhabit and then offer such an empathy to the audiences her films find. Note here that this value, or attribute, reveals itself as both the landscape and the character(s) within the landscape: thus the ecology of this piece’s title; the person in the group, and both in the world; and not only a person, far from it (more on the dogs and insects to come…). Her own website notes reveal an acute creative self-awareness about the search in, and purpose of her work, and she triangulates herself tellingly, with reference to both William Blake’s epiphanic appreciation of dimensional surprises (‘a world in a grain of sand’) and Emmanuel Levinas’ ‘questioning of being’ (from which his celebrated reading of the face of the ‘other’ must surely also follow urgent, communicative, expansive as the horizon from where the boats will come...). To establish common ground here, the films considered include Did You Eat Rice?, Island, The Planet and Janchi Guksu. The titles alert us, at once, to her fascination with scale, as a register of ethical investigation and a terrain of rewarding attention. Taken together, this quartet of works provides exemplars of her strategies and her hinted solutions, her wish for what film – and life, one can say – might be. Without hierarchy, we learn that food is a process as much as an arrival at the plate. It is perhaps the great engine of the societal, central to the construction of place and community. In this, for 8

us, film is almost a course at the table. It can extend food’s reach. In encountering food, from the growing to its consumption and even to its disposal, she also asks - and we learn the larger lessons about - what place and community mean. Any questions raised are never posed as a threat but always offered as a gift towards mutual appreciation of the perhaps previously unspoken. Did You Eat Rice? with its invitation to share the feast and its alternative enquiry about mood and well-being (or not) catches so much of this: the holistic nature of a sensual, human-scale coming together in an understated honouring of labour for the needed and not for gain; set to and informing the rhythm and flow of the seasonal and the filmic and the actions undertaken within both. So, what might seem effortless is deeply worked. The wondrous, casual, everyday aspect of things, people and actions melds imperceptibly with the chance glance and with the staged to remind us that all films – all art – and much of what we take for reality outside of any artefact is a constructed space, not least because of the preconceptions one brings to it, forethoughts waiting to be unravelled by concentrated and extended looking. This gaze, unfolding in attentive time, offers each site encountered – a rice field and its settlement, an island, a meal and the epic environments of insect navigation – as cosmologies in their own terms, complete with their own rituals and cycles of behaviour (patterns abound throughout her work – the circles within frames, the lines, the echoes and refrains, constellational: the gleam of a galaxy as rice is illuminated within a telling darkness). They are both complete zones, self-sufficient (at least for the time of viewing) and inevitably impressed upon from without. In this world-making, effort and endurance, even the unarguable fact of survival, are celebrated. The Planet demonstrates this most poignantly and democratically. Let us never forget we share the 9

earth. A butterfly rests in the shadow of a human step. A wasp clings to the raft of another. A beetle survives in the waste. Progress should be thought of not as incremental consumption but as the sustainable co-existence of all. This is an increasingly rare state of affairs. As in Janchi Guksu, the fish – and much else - will more often than not scream in silence at their metal end.They are granted their time and presence here as absolutely themselves, but also as metaphors of a larger crisis, looming ever closer just beyond the frame. This understanding of the shadow reality works strikingly in the sonic palette too. Island, with its canine cries and whimpers, relayed over calm grass and sea, gives us the terrible sound ‘off’, raising the levels of concern before our eyes find the wound in the enigmatic white dog’s fur. Think more on this outstanding sequence: the pale flank of the breathing as if the screen itself is – film nudging as close to life as it can, and then closer; the wound as a rent, a tear in the fabric of a body and the real; then water in the hollow of a plastic sheet – another recess – but this time a nurturing one. The dog will survive. We know this. The water tells us. They breathe on the same planet. It continues: rain on the island as we move to the larger picture. And suddenly the camera is hand-held, mobile, alive and jittered as it follows the dog back into life and is guided in and out of a barkdance with the fellow hounds. And yet, and yet... news of a suicide, and the camera leans into the grass circle of the church’s stonewalled shrine. Ebb and flow, passing and renewal: the island breeds philosophies. And over it all, in its weathered night, the turn of the lighthouse beam, like her camera, offering up a shelter, a sweep of empathy. This is associative, almost unconscious assembly at its best, passing far beyond the intellectual edit to an embodied knowledge of how 10

we are all a part: editing as a bringing together of difference, a living with the other, convivial; and always, at its heart, a trust that it matters. So the making of a film reveals itself as a deeply human act, a humane act. It is a patient act, regardless of the pace of the production. It follows therefore that it is a precise act. However energetic, unsettled or multiple the subjects, in her films the seen – and heard - thing remains absolutely the engine of the image. Her filming is a modest act, needing only her presence, the camera and time. It is therefore a democratic act and, in its care for the seasons and their weathers, rarely claims more than that it was a temporary witness to some smaller or larger revelation (what we might claim for it is something else). Thus, at its core it is not – and nor does it seek to stimulate in others – an impulse towards possessiveness. It doesn’t seek ownership of what it wishes to represent. It is a pleasurable act, for maker and viewer. And, being an act that places us in the world and time, and drawing with grace our consciousness to this fact, it is a resistant act. It resists the overlooked and the under-heard, the marginalisation of places, people, creatures and things that do not demand. It resists easy co-option. It resists for a little while the ongoing erasures. It says, like all work of worth, ‘this was’, ‘this is’, ‘remember’. Let’s not be timid – she’s asking us how to live; how we are living, and how we might dwell in the enduring doubt of being, on the beaten ground of the earth, in honourable co-existence with our fellow species, the fauna and the flora, beneath the turning sky and mindful of the ever restless sea. It is about priority. And so, she shows what we have always known, but what we almost always forget; the simple truth that could perhaps quite literally save us, could lead us out of this prison of obsession with the ‘other’. 11

Gareth Evans is a writer, curator, presenter and producer. He is Film Curator at Whitechapel Gallery, London. 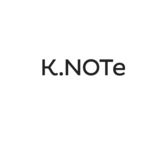