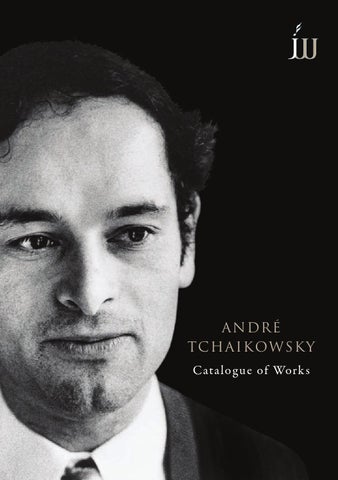 An d ré Tcha i kowsky

P olish-born British composer and pianist André Tchaikowsky (1935-82) was an outstanding musician who led an extraordinary life. Born on 1 November 1935 in Warsaw, named Robert Andrzej Krauthammer, he survived the Warsaw ghetto and the Nazi occupation of Poland, endured years of uncertainly while touring with concerts around the USA and Europe, and finally settled in England in the early 1960s. The complexity of Tchaikowsky’s personality, his wonderful sense of humour, his astonishing literary talent, erudition, memory, dedication to his work, his love for his friends and his outstanding support of them in times of trouble may make him difficult to capture in words: he was a part of the history of the Holocaust and his story of survival is touching and sobering; he was volatile; he had a professional conflict of composer v. pianist; his sexual orientation caused him much self-doubt at various stages of his life; and the list of people he worked with and knew is almost as long as the list of those he offended with his scathing remarks. Tchaikowsky was the protégé of Arthur Rubinstein, student of Stefan Askenase and Nadia Boulanger, and a prize winner of Chopin International Piano Competition in 1955, and Queen Elizabeth International Piano Competition in 1956. He performed with major orchestras and conductors worldwide, and recorded for such record labels as RCA Victor and Columbia Marconi.

Between 1957 and 1960 Tchaikowsky gave close to 500 concerts around the world. He was represented by the world’s most famous impresario, Sol Hurok, Rubinstein’s agent, who took Tchaikowsky on Rubinstein’s recommendation. During his first tour of the USA in 1957–58, he already displayed the characteristics of his later years: extreme nervousness before performances, dislike of practising, frequent disregard for social etiquette and abhorrence of social functions and receptions after concerts. He shocked the patrons of American concerts by saying rude things to the very people who subsidised his tours, he did not forge good relationships with conductors and orchestras, and seemingly enjoyed the reactions he created. Playing the piano supported Tchaikowsky financially and enabled him to dedicate his summers to composition. Because he could not dedicate himself to composition full-time, his legacy is small. But that does not mean that it is unimportant. Apart from two piano concertos, two string quartets and a number of compositions for voice, piano, and other instruments, his opera The Merchant of Venice is a subtle, intelligent, profound and monumental version of one of Shakespeare’s most serious works that makes a significant contribution to the operatic repertory of the twentieth century. The legend goes that Tchaikowsky decided to live in England after reading The Diary of a Nobody (1888–89) by the brothers George and Weedon Grossmith. He was delighted with the book, and believed that people really did live and think in the way the protagonist – the celebrated Charles Pooter – described. England provided a longed-for stability, even if it took him some years to find a perfect place. He lived in a detached house in Cumnor, near Oxford, where he composed and practiced piano in preparation for his concerts. Three years before his death, on 10 October 1979, Tchaikowsky made a final will, in which he left his skull to the Royal Shakespeare Company ‘for use in theatrical performances’. Tchaikowsky once told his agent Terry Harrison that he wanted to know that after his death there would be a part of him left, still performing. He also said that, if Shakespeare was indeed an anti-Semite, ‘it would give me a great pleasure to have a Jewish skull wandering around Shakespeare’s Hamlet’. Eventually, his wish came true - his skull appeared in the RSC’s 2008 production of Hamlet at the Courtyard Theatre, Stratford-upon-Avon, and in both the subsequent performances in London’s West End and on BBC television. © Anastasia Belina-Johnson

WORKS LIST The following works are available on sale from music retailers and online from www.josef-weinberger.com

Detail from the autograph MS of “The Merchant of Venice” (Act Three, Page 58)

DISCOGRAPHY and other useful information

Mu s i c f o r h i re &amp; m u s i c o n s a l e Materials for works available on hire (Concerto for Piano &amp; Orchestra Op. 4 and The Merchant of Venice) can be obtained from the Josef Weinberger Concert Library: hirelibrary@jwmail.co.uk +44 (0)20 7927 7312 www.josef-weinberger.com/concert-hire Printed editions are available for sale online via Josef Weinberger Ltd: www.josef-weinberger.com/music-in-print/composer/tchaikowsky-andre Or directly from music retailers and Faber Music Distribution: sales@fabermusic.com +44 (0)1279 828982 www.fabermusicstore.com

For further information on André Tchaikowsky, his career as both a pianist and a composer, the latest news and announcements, and to read about his compositions in greater detail, visit the extremely comprehensive andretchaikowsky.com

An d ré Tcha i kowsky 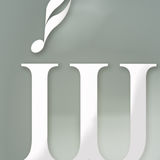