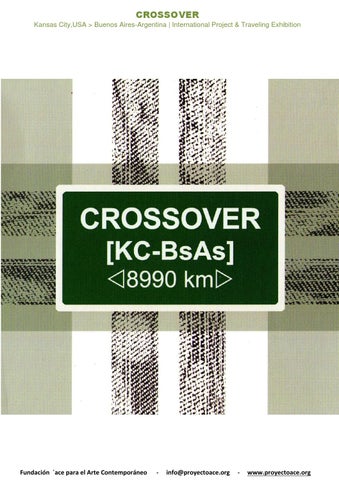 CROSSOVER is an on progress collaborative international printmaking project between artists questioning the established norms of the original production and authorship of artistic work, leading to the collaborative work between artists from around the world. In this project one’s work, property and egos became irrelevant, as artists have to trust each other allowing themselves and their counterparts to place their hand-marks, images and matrixes on one’s previous works. The collaborating artists aimed to evolve in their own practice by finding common points of view and theoretical discourse. The most recent CROSSOVER session took the format of an international project at Proyecto’ace/Artist-in-Residence International Program in Buenos Aires Argentina, from February to June 2013. Alicia Candiani as Proyecto‘ace director and Adriana Moracci as ‘ace studio manager created a new version for CROSSOVER , which included work in collaboration in a micro-residency format, an exhibition in Buenos Aires and a traveling exhibition through the United States. Artists Cara Jaye and Miguel Rivera created CROSSOVER as an experiment in 2003 while Cara was visiting Mexico. It culminated in a formal goal oriented project in 2006 in the USA and in Mexico, with Cara Jaye working in Bellingham, Washington and Miguel Angel Rivera in the historic city of Guanajuato, Mexico. Both artists traveled between their home countries to create these layered Works on paper, which use multiple processes to create works on paper. After having two successful shows in Guanajuato and Seattle, a continuation of that initial project became necessary after Rivera moved to Kansas City. This new body of work included a broader range of artistic practices using the immediate dialogue among artists. This new group included its two initial artists in addition to Patricia Villalobos Echeverria, a Nicaraguan-American artista working in Kalamazoo, Michigan, Melanie Yazzie, a Navajo artist working in Boulder, Colarado, and Michael Schonhoff, artist and curator from Kansas City, Missouri.

While Rivera visited Projecto’ace in June of 2011, he worked in collaboration with Alicia Candiani. Then he donated several engraved plates to ‘ace. Images in these plates were part of his personal narrative dealing with invisible threats, social unrest and a concern towards means of domination. These plates included images illustrating viruses, geometry used in defense structures and torture devices respectively. Moracci proposed collaboration as a call for entries open to emerging and profesional artists worldwide. The poll of applicants included Argentinian and international articipants from Mexico, USA, Canada, South Africa, England, Colombia, and South Korea. Each participant chose one or two images from pre-printed matrixes originally created by Rivera leaving them with the challenge to create a “bridge” between the concepts of the original image(s) and the transformation into their own studio practice and ideas. Initial discussions and closing statements took place via Videoconferences during three months with Rivera in KC and the participants in Buenos Aires. Social media and email file transfers were instrumental to review initial stages and Project progress. Facebook took a different approach as it enabled all the participants to keep updated with other artists’ works after they had finished their own pieces and time line. Due to space issues and studio assistance, this project was divided into three separate groups.

Most of CROSSOVER artists portrayed in the exhibition opening at Proyecto’ ace. May 15, 2013. Foreground from left to right: Alicia Candiani, Miguel Rivera and Adriana Moracci

Alicia Candiani, as Buenos Aires director of the project and Adriana Moracci and Valeria Zamparolo from ‘ ace team coached artists to develop their own ideas and execute their expanded print media versions as not all participants had a printmaking background after the initial interviews with each artists. Participants adopted images with an initial conceptual understanding of their cultural experience. Ideas of beauty in viral imagery were turned into landscape and urban decay by Alejandro Thorton (Argentina), where as Sara Aimee Verity (South Africa) decided to print a similar image to merge the political unrest for unsafe coal and gold mining practices in her native South Africa. Yoon Kim deconstructed viral images by locating angles, drawing straight lines between these points and creating geometric substructures from their original source. Images were rich and complex since they all were created using different processes such as printmaking, drawing, video, painting, blind embossing, stencils and painting. Alicia Candiani was instrumental helping artists to create pieces beyond the confinements of process learning and embracing unknown risks to expand the matrix substrate and the necessary approach the embody the final result in the form of 2D surface or time base images. Crossover KC-BsAs presented artists with options to broaden their practice. For some, the idea of working in collaboration was a new concept; others were not familiar with the apparently troublesome willingness to receive images by inheriting Rivera’s authorship. All of these works were unique in the sense that they could not be reproduce as editions and the fact that the final images resulted in a shared conceptual ownership. CROSSOVER exhibition was opened on May 15th, 2013 at the Central Hall Gallery in Proyecto’ ace and will be on view for two months before it travels to the United States. (If you are interested in host this project in 2014-2015 please send mail to alicia@proyectoace.org) Alicia Candiani, Proyecto’ace founder and current director, Buenos Aires, Argentina Miguel Rivera, Kansas City Art Institute Printmaking Department director. Kansas City, USA

CROSSOVER KC - BS AS. An in-progress international collaborative printmaking project between artists questioning the established norms of the original production and authorship of artistic works. In this project one’s work, property and egos became irrelevant, as artists have to trust each other allowing themselves and their counterparts to place their hand-marks, images and matrixes on one’s previous works. Master Printer, Adriana Moracci, inspired by the work of Miguel Rivera, initiated the most recent CROSSOVER session. The international project was completed at Proyecto’ace/Artist-in-Residence International Program in Buenos Aires Argentina, and directed by Alicia Candiani, from February to June 2013. EXHIBITION DATES: OCTOBER 17 – NOVEMBER 14, 2014 at the KANSAS CITY ARTISTS COALITION 201 Wyandotte, KCMO 64105 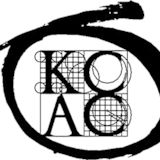