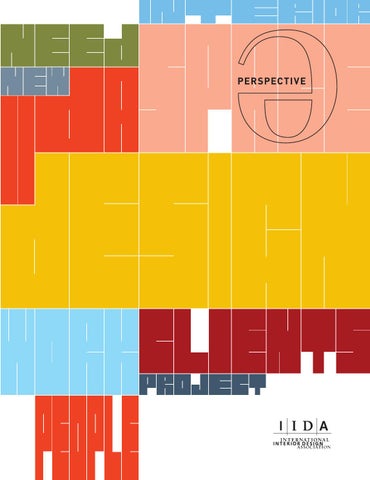 The hazards of working from home are well documented, and they’re not just the temptation to stay in your pajamas and watch too much daytime TV. The monotony of laboring alone—coupled with the lack of professionalism, structure, and community that result from working in one’s residence— can challenge even the most motivated among us. And bustling coffee houses, where distractions abound, are not always the most optimal alternative. Enter coworking, the savior of freelancers, start-ups, job-seekers, and telecommuters alike. A buzzword it may be, but coworking is certainly no flash-inthe-pan fad: The industry has grown 200 percent annually for the past seven years, according to its leading bulletin, Deskmag. by

The rapid ascent indicates serious changes in the global work-scape. The self-employed already account for nearly a third of the U.S. workforce—the largest percentage ever, according to Freelancers Union—while Mavenlink data indicates the overall contingent workforce is expected to grow to 40 percent by 2020. Coworking has become a bona fide phenomenon, fueled by mobile technology that allows us to work any time, anywhere, and by the postrecessionary climate; permanent roles continue to be reduced, yet contract work is on the rise. Coworking’s benefits are manifold, and not just in terms of material infrastructure (shared Wi-Fi, printers, reception and conference rooms, etc.) and the chance to avoid long-term leases and hefty rents. Coworkers report increased self-confidence, creativity, productivity—and better health. Personal and business growth opportunities, cross-disciplinary knowledge sharing and ideation, and the chance to network and foster peer relationships are also draws. In this way, coworking spaces are typically more than just a physical office; they offer a blend of incubation, collaboration, business and investment resources, mentoring, and, above all, community. Such facilities have come a long way since the term was coined in 2005. The movement has wider social impact, too. In Australia, for example, coworking is seen as a way to support local communities and create value across all sectors; last March, industry players instigated talks to create the world’s first national coworking association. And this occurred just days after the Australian government announced a $1 million grant to create a coworking space in Adelaide as a measure to address worker retention and promote innovation in the region. Stateside and at a more grassroots level,

the coworking community in New York showed its muscle in the wake of natural disaster when the Web site SandyCoworking—a crowd-sourced map— helped many without power find a place to work after Hurricane Sandy hit. But coworking is not just a modality for the contingent workforce: Its emergence represents an evolution in all workplaces, and designers should take note of the principles they foreshadow— especially as the quality of office environments and experiences becomes increasingly important in attracting and retaining employees. Work spaces will inevitably change as the culture of work changes, and mobile working within the office proper will need to evolve past hot-spot workstations and hoteling. Coworking ideas have already begun filtering into the mainstream. In March, Google inaugurated Google Campus, an East London space that mentors multiple start-ups under one roof. Hotels are jumping on the bandwagon, too, opening up their underutilized conference centers to the public. The following roundup of facilities across the globe, though wildly diverse, reveals many common elements (chief among them an in-house kitchen or café). Some spaces are rigorously designed, others almost aggressively un-designed. But all are models of flexibility, designed to simultaneously support myriad ways of working and be reconfigured to suit shifting needs and attendance. Sounds like just what the corporate office needs, too.

The 230 members of this year-old Aussie space are a diverse bunch: a 50-person consulting firm that uses it as their head office, a company headquartered in Sydney that has a handful of Perth workers, 40plus nonprofits, and a mix of developers, designers, start-ups, and small businesses. A mix of casual-use “hot desks” and permanent desks—partitioned by salvaged glass panes—furnish the 17,650-squarefoot former reserve bank. The interior layout was constructed as needed, evolving organically into what suited its users. Case in point: Two movable “huts” made of recycled pallets—built at the project start to absorb sound in the open-plan space before desks and partitions made this redundant—are now filled with comfy beanbags to provide relaxation nooks.

The founders of this space, which has more than 100 fixed and flexible desks and numerous lockable office suites, were after a certain playfulness. Exhibit A: telephone boxes for private calls. Picnic-table work benches and bistro-style tables with diner booths lend a casual café feel that nods to cowork precursors: the so-named “coffee-shop freelancers.” In case anyone gets nostalgic, there’s an actual coffee shop stationed on the ground floor.

This facility—one of 41 Hub franchises worldwide and three in London—occupies the attic of a converted 19th-century warehouse. The one-room communal space features a high, slatted roof with original skylights, distressed floorboards, and a design that abets collaboration. Petal-shape desks made of recycled cardboard are arrayed at varying angles to encourage people to cluster and gaze into the space—rather than out windows. A kitchenette, library, storage space, and sofas dot the perimeter, as well as a semiprivate—but not soundproof—meeting room partially enclosed by timber panels.

While living in London a few years ago, New Zealander Murray Sheard was so inspired by coworking pioneer The Hub that he decided to establish something similar on his home turf. Populated by social entrepreneurs, creatives, and innovative charities, the bright space is named after the phenomenon of the best party conversations happening in the kitchen. The residential vibe was designed to foster relationships, says community manager Shona McElroy: “It’s business on a human scale.” Shared desks flank a main event space/living room, and there’s a homey kitchen furnished with vintage op-shop finds, three private meeting rooms, a printer and photocopy room, and even an outdoor balcony/hangout zone with a BBQ.

“Work for yourself, not by yourself” is the tagline at this West Coast coworking outfit, with premises in L.A. and Santa Monica. That tenet guided Coda Spaces, the design firm tapped to bring the brand’s vision to fruition in both locations. Private offices have glass fronts that face inward toward the bullpen, so workers can maintain visual interaction with others while maintaining physical separation. High-tech Steelcase furniture anchors the raw loft, creating a look that’s light years ahead of the dorm-esque coworking spaces of yore.

In the French Concession sits a renovated 1930s lane house decorated with antique Art Deco furniture. It’s the home of Xindanwei—Chinese for “new work unit”—which, since 2009, has provided start-ups, entrepreneurs, freelancers, small businesses, and artists the opportunity to work in a professional environment alongside like-minded peers without being subject to the city’s sky-high rents. The formula has taken off: The Xindanwei collective, which combines event and work space across multiple locations and runs its own social media platform, has close to 1,000 regular paying members and nearly 8,000 dropin and online members. The meeting rooms—so often the dead spaces of the corporate world—are multiuse, and all furniture can be easily rearranged.

Things are kept simple at this popular spot: separate floors for group and silent work, untreated wood furniture, plenty of greenery both indoors and out, and white-painted walls. “The clean feeling is very important to us, because it stimulates a calm and concentrated atmosphere, while the vintage furniture and plants lend a homey vibe,” explains Agora’s Tainá Moreno. On the ground floor are communal desks, a meeting room, a lounge, and a multifunctional space where events, screenings, and workshops are hosted weekly.

With just four rooms and 11 desks, Meet BCN (an acronym for Business Comfort &amp; Networking) falls on the boutique end of the scale. Located in a 1910 apartment building, it was founded as a place where freelancers and contractors can work and meet clients under one professional brand. The communal benching system used throughout offers handy individual desk lamps and storage for each worker, while high ceilings, original ornate cornices, and large porches create a classy backdrop that surely trumps cubicle life.

When entrepreneurs Caitlin Agnew and Lana Morisoli grew tired of working from kitchen tables and camping out at cafés with unreliable WiFi, they decided to do something about it. In 2011, the duo opened a 6,000-square-foot coworking space in downtown Seattle—and quickly discovered plenty of freelance colleagues similarly frustrated by the lack of community and professionalism that’s part and parcel of working from home. Making the office beautiful was important to the pair. “Our inspiration came from the original ‘makers,’ the working man of yesteryear,” notes Morisoli. “We highlighted the industrial era by incorporating handmade tools, repurposing sewing machines for tables, and using vintage filing cabinets for privacy walls and stacks of old books for our reception desk.” To keep the space fresh, elements of the decor can be changed: Most of the space is neutral with a proponderance of gray, white, and natural wood, and the accent color—currently yellow—can be changed to create a different vibe. 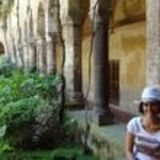