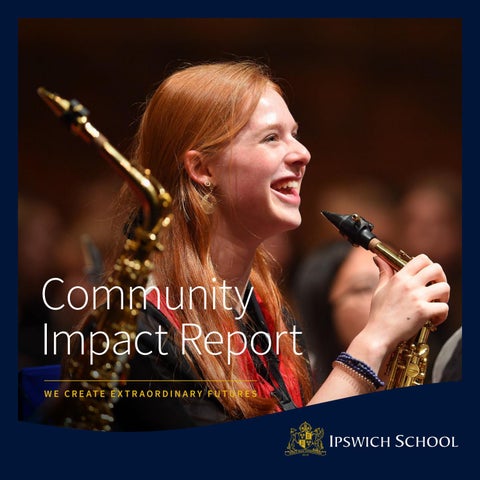 Welcome At Ipswich School we put care at the heart of our educational ethos. So care for our community follows naturally from this core value. We encourage all our children to understand their place in the world and to develop a spirit of service. We share resources and projects with schools nearby and abroad, local organisations, and communities in many different ways - through teaching, as part of our co-curriculum, sharing our facilities and through fundraising. We believe that these partnerships enrich the experience at Ipswich School for all - pupils, staff, alumni and parents - and directly contribute to the broad education the school values so highly. The following pages are designed to summarise some of these initiatives. Please do get in touch with us if you have any questions.

The charity has a mission to support and educate children living in the most poverty-stricken and isolated parts of the world. They build and sustain schools around the globe and have created a partnership model which links every UWS school with another school or organisation - we were lucky enough to be partnered with the UWS Lebrang School in Nepal.

United World Schools was the charity chosen to be supported by Ipswich School in the Michaelmas Term, and our Senior Prefect Team devised and led the school’s fundraising efforts.

The furthest distance was completed by a Year 9 Sherrington pupil, with an amazing total of 985km. The Ipswich School Running Club made up of students and teachers - kicked off the mileage totaliser with a run covering a total distance of 200km. The commended ‘most imaginative method of travel’ was awarded to a student who chose bottom-shuffling and zip wiring to make up his miles!

In a dramatic Headmaster’s Assembly ‘takeover’ they challenged each of the Houses and Lower School to ‘Race to Lebrang.’ The challenge was to complete a sponsored distance by any ‘selfpropelled activities’, such as swimming, cycling, running or walking. Our overall goal was to cover 7,382km - the distance between Ipswich and Lebrang schools.

Overall, the school’s total distance was 12,313km; this is almost the distance to Lebrang and back! £8,343 was raised to support Lebrang School. This will pay for 24 children to be educated in Lebrang. 2

Year 10 become social entrepreneurs Teams of Year 10 students in the Thursday afternoon Community Service activity were challenged to think how they could aid children’s learning in Lebrang through their own entrepreneurial start-up initiatives. The aim of the challenge, set by United World Schools, was to bring education to children in this area of Nepal, who have been unable to attend lessons for over 9 months due to the impact of the Coronavirus pandemic. Before pitching their start-up ideas to UWS they had to come up with their initiative, company names, job positions, branding, taglines and business cards. Imagine The Apprentice turned into a social enterprise challenge and you’ll have a sense of how dynamic these sessions were! One of our parents, Abhi Naha, led these sessions, teaching the students about global sustainability, problem solving, pitching, how to be confident at presenting and so much more. The teams came up with an inspiring range of solutions including: Chromebooks and portable WiFi hubs; sending old textbooks and phones; using Montessori sensory learning; and sending radios to allow people to be taught in a chosen subject by specialist teachers.

Year 10 Community Service had a great afternoon pitching their company brands, slogans and solutions to Jo from UWS. The pupils were fantastic I am so proud of their ideas, teamwork and presentations. 3

Our Local Community Gifts for Children in Need Over 100 gifts were delivered to the KidsOut charity in Southend just before Christmas, as part of the Giving Tree scheme. The collection was organised by Year 11 pupils during their Thursday afternoon Community Service activity.

Raising Money to Support Refugees A World Scavenger Hunt for the Lower School and a recipe book from staff members were just two of the ways in which money was raised for Suffolk Refugee Support.

Suffolk Refugee Support Homework Club We hold a weekly Homework Club for refugee children in our Sixth Form centre. From conversational English, homework or GCSE and A Level support our staff and student volunteers help in any way they can and find the sessions highly rewarding.

Wombles of Ipswich School Members of the Community Service activity turned their attention to cleaning up the local area, inspired by a talk from Jason Alexander from Rubbish Walks. Groups of pupils and staff collected litter from all over Ipswich - earning themselves a tweet from the icons of litter-picking, The Wombles!

Our hockey team was delighted to be able to host a number of activities to introduce more children to the sport, build upon skills and develop confidence. Two weekly Hockey Academies ran at Ipswich School Sports Centre for children in Years 5-8. The sessions were free of charge, open to children from any schools and all abilities were welcomed - we were pleased to coach around 60 children. The team also held hockey classes within local primary schools including: The Oaks Primary School, Serbertwood Primary School and Crawfords Primary School. These classes are available to all primary schools on termly rotation - please contact Poppy Martin, hockey@ipswich.school if interested.

Minibus Use Henley and Gorseland primary schools received help with minibus transport and drivers. Local organisations and charities helped with transport include: Unity FC, BEAM and Suffolk Refugee Centre. Each year our drivers help Suffolk Refugee Centre to distribute food and Christmas hampers to refugee families in the Ipswich area.

Suffolk Mind Ipswich Prep School’s charity of the year was Suffolk Mind. As part of the fundraising effort, the entire Prep School community was challenged to see if they could walk the distance required to reach all the places called Ipswich - finishing in Ipswich, Australia over 10,000 miles away. Staff, pupils and parents walked, ran, cycled and bounced over 10,000 miles and finally made it to Ipswich, Australia in March 2021. It was a fantastic whole school effort with staff, pupils, families and even Lola the dog all taking part. £2,500 was raised for Suffolk Mind but just as importantly the school community was active both physically and mentally over a very tough lockdown period.

Opening Access The Development Office raises funds to support children on 100% fee assistance and helps to open up educational opportunity where it would otherwise be absent.

Tekle, Year 13 I have been attending Ipswich School for just over a year now, I joined in Year 12 and I haven’t looked back!

We currently have four children in the school who are fully funded by the school&#39;s fledgling endowment. Of course we want to extend this as far as possible to enable even more children to access the wonderful education at Ipswich School.

Alone, I travelled to the UK through Ethiopia, Sudan, Libya and Europe when I was just 14, arriving in the UK some 18 months later. I was born in Eritrea but was determined not to stay. The country is run by a totalitarian dictatorship and has one of the worst human rights records in the world.

Judging that I was a genuine refugee, Border Force placed me into foster care in Essex. At 15 I eventually came to Ipswich. I studied English (ESOL) at Suffolk New College and did some GCSEs at Northgate High School. I became fluent in English and did well in my exams - gaining 7s and 8s in Maths and Science subjects and a 6 in my English GCSE this year. While studying for my GCSEs, I attended Suffolk Refugee Support Homework Club which is hosted at Ipswich School in order to provide access to better resources. There I met Ms Caston, who has really supported me and then approached the Headmaster to consider me for a scholarship to study A levels in Chemistry, Maths and Physics. They decided that I was a perfect candidate for a 100% transformational bursary and due to joining the school as an 18 year old, it would be an opportunity closed to me in the state school sector.

Number of families supported with feeassistance from the Phoenix Fund and school support since the pandemic began.

I am still planning my next steps and considering lots of different options in the field of engineering, possibly a degree apprenticeship.

I am so grateful to Ipswich School for giving me this wonderful opportunity of an excellent education. They have changed my life.

D of E hours, with over pupils participating

hours of minibus use for local charities and schools

Over gifts donated for the KidsOut charity

Ipswich School™ is a Registered Charity, No 310493 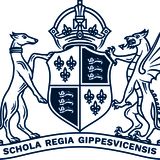