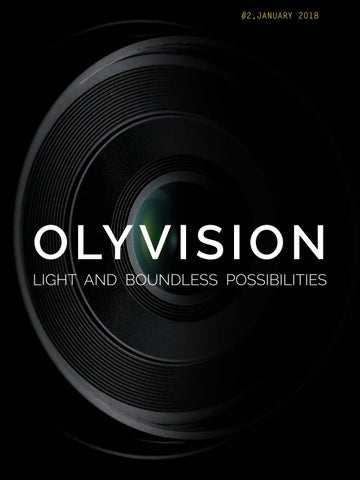 We have to have the latest technology, we need the most recent software and we feel a relentless desire to own all the lenses. We are frequently checking out the Internet for the latest tech articles, the newest rumors, the soon-to-be-launched products and the most higly regarded equipment reviews.

We are so very curious concerning the future specification, ISO capabilities and how will the bokeh will be rendered by this lovely couple, camera and lens. We are exigent as all the artists, professional photographers and customers are supposed to be. We demand that the gear we are buying meet all our needs and expectations. So much that we have the tendancy to forget one small element - US.

We have the latest technology, the most recent software (research states that we might be able to update ourselves at some point in our evolution), we own all the lenses with all the focal length you can ever think of.

We have outstanding specifications, the most intriguing ISO results and we deliver the coolest bokeh that has ever been in all the history of image recording. Test the bokeh next time when tears will have flooded your eyes standing in awe and contemplating the beauty of the world and the beauty and miracle of you.

Turn inside out and reach for yourself, reach for the brightest stars and darkest fears within you and bring them to life through your camera and lens. Your final image is not anyway the real one , because the piece of technology that is YOU is far superior to the tool that functions as a medium and the cameraâ&#x20AC;&#x2122;s lens will never be able to compete with the real lenses build within us all: the soul, the heart and the mind.

I wish you a new year that will bring many discoveries and inner peace!

MACRO PHOTOGRAPHY WITH OLYMPUS OM-D EM-1 MARK II YOUR TICKET TO A BACKYARD SAFARI AND BEYOND! by Dustin Rhoades

Dustin Rhoades is a macro photographer who shoots mostly in Taiwan and on the West Coast of the United States. Follow him on Instagram to see all his latest discoveries. www.instagram.com/dustin.rhoades 6

By the Fall of 2013, my little point and shoot camera with its playschool macro mode had long outlived its usefulness.

When a friend suggested I look the Olympus OM-D E-M1, I was intrigued with the idea of owning a ‘big boy’ camera. After a little research, I took the plunge and bought one – adding the Olympus 60mm macro lens and the Olympus FL-600R flash for good measure.

That camera revealed a world to me that I never knew existed. In fact, it was such a solid performer that when Olympus released the OM-D EM-1 Mark II, I bought one right away.

It did not disappoint. I could say more about the Mark II, but I’ll let these images to do most of the talking for me. Each one is a single, handheld shot, taken in a variety of locations around Oregon and Taiwan during the last months. Some were captured during the day and others at night.

Whether youâ&#x20AC;&#x2122;re on a backyard adventure or a jungle safari, the Olympus OM-D EM-1 Mark II can handle everything you throw at it and keep on snapping world class images. Kudos to the engineers at Olympus for creating a camera this powerful in such a small package.

Javier Camacho Gimeno is an Olympus Visionary based in Spain, alpinist, travel and passionate adventure photographer specialized in mountain landscapes. He has 6 photography expeditions to 8000 m peaks, climbing two of them without artificial oxygen, the 4th and 6th highest mountains of the world, Lhotse (8516 m) and Cho Oyu (8201 m). He travels to and photographs many others mountainsâ&#x20AC;&#x2122; summits of the world, like Karakorum, Andes, Alaska, Tian Shan, Africa, Urales, Alps and Pirineos. He has been invited as a juror in many photography contests and he has won prizes in more than 100 of them. He had many photo exhibitions and audiovisual shows in differents cities of the country. He is a member of the Spanish nature photographers association. javiercamachogimeno.blogspot.com.es/ www.instagram.com/javier_camacho_gimeno/ www.flickr.com/photos/25603987@N08/ www.facebook.com/javier.camachogimeno cumbres23@hotmail.com

Since I was very young I dreamt of beautiful mountains. I love alpine landscapes, very long distances that take me away from the city noise and our normal way of living that make us slaves.

The extreme nature, the immense landscape that make us so small, so insignificant, the sounds of silence, the blue ice.

I have been climbing summits and photographing the esprit of the mountains in the Spanish Pirineos since I was 8 years old, when I discovered the beautiful Alps. Little by little different and higher mountains came along and so did the culture, religion and way of living of the people who dwell in those mountains.

In the beginning of 2017 I had the opportunity to travel around Laos together with my wife and my first Olympus Camera, the Pen-F. Over the last years we´ve been to south-east Asia several times and really enjoyed the people and the overall atmosphere in those beau tiful countries such as Cambodia, Thailand or Vietnam. As the only landlocked country in this region, Laos – different than expected do not lack of bathing or swimming possibilities as the Mekong River is impressively wide and warm in dry season. There is a saying that Lao PDR (Lao People´s Democratic Republic) in fact means Lao Please Don´t Rush, which is an accurate summary of the Lao people’s way of life. Getting yourself in that really laid-back state of mind probably is the most important thing to arrive in Laos truly. One of the things I love the most about life on the countryside of south-east Asia is the way everything is connected to the rhythm of sunrise and sunset. For many areas, a 24 hours availability of electricity is a quite new achievement, so the days went their way along the sunlight. In the early morning it´s getting busy everywhere with children cycling to school, farmers driving their cows to the fields and motorbikes rattling to the markets. However, „being busy” seems to have a very different meaning to what is has in our lives. You will hardly find Lao people being stressed out and, on the other hand, you won´t be able to put pressure on things you think you need right now. So most travellers sooner or later get used to the so called lao lao time, which means that time or schedules don´t mean anything at all.

The Olympus Pen-F turned out to be the perfect companion travelling in that laid-back mood. I decided to go just with the Pen, the 17mm F1.8 and the 45mm F1.8 primes. A combinati on which made travelling very relaxed and, in my view, didnÂ´t make any compromise between personal comfort and image quality. A small belt pouch was enough to carry all my gear including batteries, charger and all the accessories, what made a real difference to the DSLR-equipment I used earlier in letting me concentrate on the journey itself at any time. I really like to use the Monochrome-dial on the Pen-F with all the adjustments offered in-camera for its possibility to produce the look I want for my pictures without any editing afterwards. Of course, I also use the raw files for coloured images, but in many cases it is fun to not just imagine how your scenery may look like after picture-processing back at home but already shooting it the way you want your results to be. Not being bothered about your equipment even on jungle hikes for several days and at the same time taking all the shots you want to take plus all the shots you didnÂ´t think about in advance felt like be ing the essence of travel photography by giving equal weighting to travel and photography.

I am a photographer from Iași, Romania and I have been taking the road of photography since 2002. I have been in the street, at weddings, in the studio (only when necessary as I do not fancy it too much) and for about one year, in nature. My favourite photographers are Aurel Mihailopol, André Kertész, James Nachtwey, Sebastião Salgado, Jeff Ascough and Vincent Munier. www.ionut-ignat.ro instagram.com/ionutignat facebook.com/ignat.ionut

The first-generation Olympus Pen camera appeared in 1959. The design process began with the concept of creating a camera that could be sold for 6,000 JPY.

The Pen combined the superb photographic performance of the D-Zuiko lens with excellent portability, and it was also used by professional photographers as a secondary camera.

The Olympus Pen F was the worldâ&#x20AC;&#x2122;s first and only half-frame system single-lens reflex camera, released in 1963. The camera featured a porro-prism finder and was the first to have a rotary titanium shutter. It could be used with a highly versatile range of 20 exchangeable lenses. The Olympus Pen F was a revolutionary camera packed with innovative features. The rotary shutter, which combined speed with durability, was reportedly perfected only after long and hard effort by Olympus engineers. Credit: Text - www.olympus-global.com | Image - Ashley Pomeroy 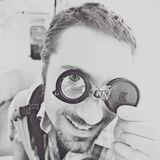 Dive into a small Universe, climb the mountains, travel through the world and gaze upon thyself. Enjoy the Editor's selection of photos from...

Dive into a small Universe, climb the mountains, travel through the world and gaze upon thyself. Enjoy the Editor's selection of photos from...