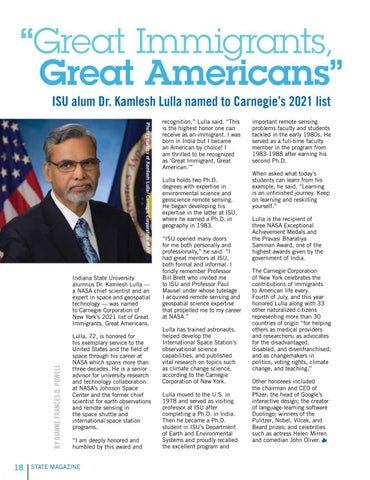 Lulla, 72, is honored for his exemplary service to the United States and the field of space through his career at NASA which spans more than three decades. He is a senior advisor for university research and technology collaboration at NASA’s Johnson Space Center and the former chief scientist for earth observations and remote sensing in the space shuttle and international space station programs. “I am deeply honored and humbled by this award and

recognition,” Lulla said. “This is the highest honor one can receive as an immigrant. I was born in India but I became an American by choice! I am thrilled to be recognized as ‘Great Immigrant, Great American.’” Lulla holds two Ph.D. degrees with expertise in environmental science and geoscience remote sensing. He began developing his expertise in the latter at ISU, where he earned a Ph.D. in geography in 1983. “ISU opened many doors for me both personally and professionally,” he said. “I had great mentors at ISU, both formal and informal. I fondly remember Professor Bill Brett who invited me to ISU and Professor Paul Mausel under whose tutelage I acquired remote sensing and geospatial science expertise that propelled me to my career at NASA.” Lulla has trained astronauts, helped develop the International Space Station’s observational science capabilities, and published vital research on topics such as climate change science, according to the Carnegie Corporation of New York. Lulla moved to the U.S. in 1978 and served as visiting professor at ISU after completing a Ph.D. in India. Then he became a Ph.D. student in ISU’s Department of Earth and Environmental Systems and proudly recalled the excellent program and

important remote sensing problems faculty and students tackled in the early 1980s. He served as a full-time faculty member in the program from 1983-1988 after earning his second Ph.D. When asked what today’s students can learn from his example, he said, “Learning is an unfinished journey. Keep on learning and reskilling yourself.” Lulla is the recipient of three NASA Exceptional Achievement Medals and the Pravasi Bharatiya Samman Award, one of the highest awards given by the government of India. The Carnegie Corporation of New York celebrates the contributions of immigrants to American life every Fourth of July, and this year honored Lulla along with 33 other naturalized citizens representing more than 30 countries of origin “for helping others as medical providers and researchers; as advocates for the disadvantaged, disabled, and disenfranchised; and as changemakers in politics, voting rights, climate change, and teaching.” Other honorees included the chairman and CEO of Pfizer; the head of Google’s interactive design; the creator of language-learning software Duolingo; winners of the Pulitzer, Nobel, Vilcek, and Beard prizes; and celebrities such as actress Helen Mirren and comedian John Oliver. 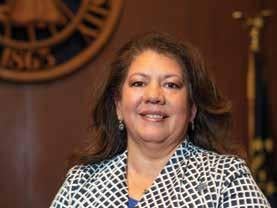 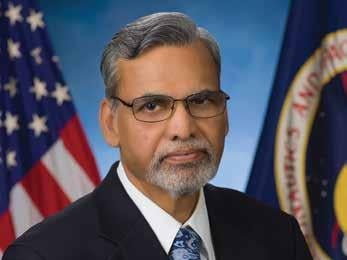 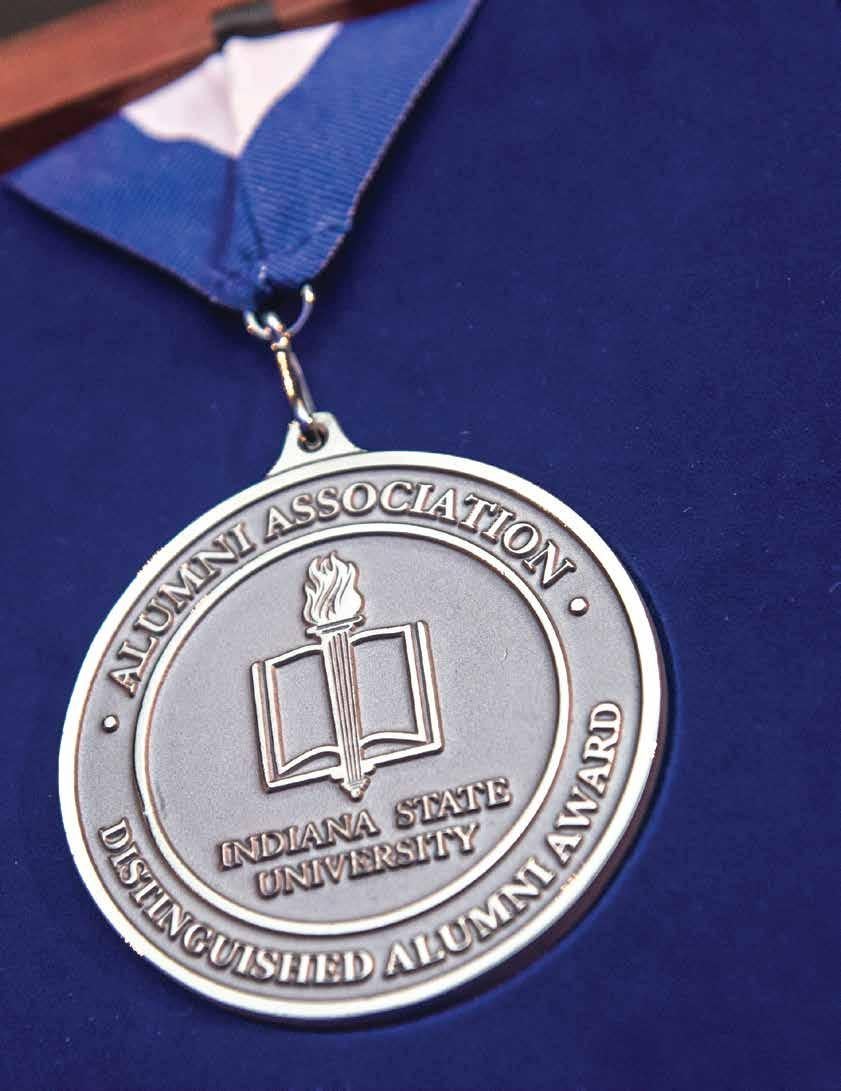 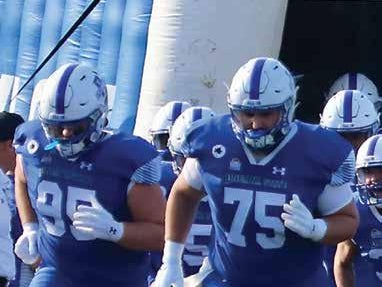 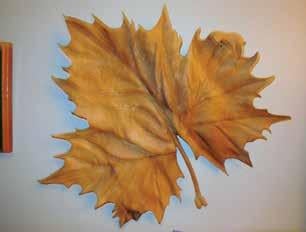