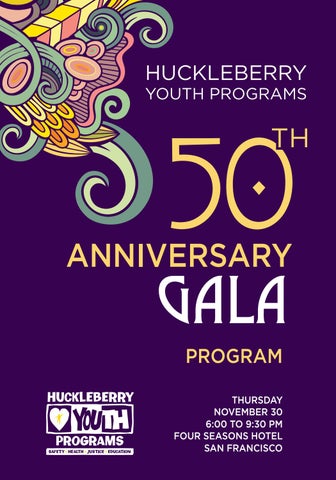 BRUCE FISHER COMMUNITY PARTNER AWARD HONOREE Honorable Willie L. Brown, Jr. Two-term Mayor of San Francisco, legendary Speaker of the California State Assembly, and widely regarded as the most influential African-American politician of the late twentieth century, Willie L. Brown, Jr., has been at the center of California politics, government, and civic life for an astonishing four decades. His career spans the American Presidency from Lyndon Johnson to George W. Bush, and he’s worked with every California Governor from Pat Brown to Arnold Schwarzenegger. From civil rights to education reform, tax policy, economic development, health care, international trade, domestic partnerships, and affirmative action, he’s left his imprimatur on every aspect of politics and public policy in the Golden State. As Mayor of California’s most cosmopolitan city, he refurbished and rebuilt the nation’s busiest transit system, pioneered the use of bond measures to build affordable housing, created a model juvenile justice system, and paved the way for a second campus of the University of California, San Francisco, to serve as the anchor of a new development that will position the City as a center for the burgeoning field of biotechnology. Today, he heads the Willie L. Brown, Jr., Institute on Politics and Public Service, where this acknowledged master of the art of politics shares his knowledge and skills with a new generation of California leaders. Mr. Brown has been a proponent of Huckleberry’s programs since “Huckleberry’s for Runaways” opened its doors. In 1967, when a 15-year-old stayed at Huckleberry overnight without parental permission, police intervened. Clients were charged with, “Being without Parental Supervision” and staff with, “Contributing to the Delinquency of a Minor.” Support from both the community and the Glide Foundation secured Mr. Brown’s services to defend Huckleberry, and clients and staff were freed of all charges. In 2000, Mayor Brown organized a city-wide initiative to create a new community alternative to the detention and incarceration of juvenile delinquents. This initiative is now known as Huckleberry’s Community Assessment &amp; Resource Center (CARC) and is the largest juvenile justice diversion program in San Francisco.

HUCKLEBERRY’S CORPORATE PARTNERSHIP AWARD Union Bank® is a proud member of Mitsubishi UFJ Financial Group (MUFG), one the largest financial organizations in the world. The MUFG network encompasses approximately 2,300 offices in nearly 50 countries. In the West Coast of the U.S., Union Bank operates 361 retail branches, along with commercial branches in Texas, Illinois, New York and Georgia. We provide a wide spectrum of corporate, commercial and retail banking and wealth management solutions to meet the needs of customers. Union Bank also offers an extensive portfolio of value-added solutions including investment banking, personal and corporate trust, global custody, transaction banking, capital markets, and other services. We believe that by living our values, we’ll achieve a balance of size, success and stability. And we’ll positively impact every individual, organization and community we touch. With every action, we foster long-term relationships built on honesty, mutually understanding, and a passion for doing right. At every step, we embrace inclusion and diversity, in people and in thought. We inspire the best in each other and welcome new ideas and new thinking.

HUCKLEBERRY’S 50TH ANNIVERSARY GALA EMCEE Emerald Yeh Emerald Yeh is a nine-time Emmy Award-winning television journalist who served as an anchor for 19 years at KRON4 in San Francisco. During her tenure at KRON4, she received numerous national and local awards for her reporting. Emerald also led KRON4’s Contact 4 unit with reports that examined consumer issues and provided problem-solving information. Her Contact 4 team received the Consumer Excellence Award from advocacy organization Consumer Action. Prior to joining KRON in 1984, Emerald anchored for CNN in Atlanta. Before CNN, Emerald was weeknight anchor and co-producer of the nightly news program at KPTV, an independent station in Portland. She began her television career as reporter and weekend anchor at KITV, the ABC affiliate in Honolulu. In addition to being a founding board member of the Asian Pacific Fund, Emerald is currently chair of the James Beard Broadcast Media Awards Committee.

THANK YOU TO OUR GALA IN KIND DONORS 5A5 Steakhouse

THANK YOU TO OUR 50TH PLATINUM SPONSORS

Thank you to our 50th Anniversary Printer

Huckleberry House opened as the first runaway and homeless youth shelter in the U.S.

Huckleberry (then known as Youth Advocates) expanded into Marin County.

Our HIV Prevention Education is recognized by the CDC and awarded the first HIV prevention grant for a runaway and homeless youth shelter. 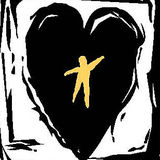